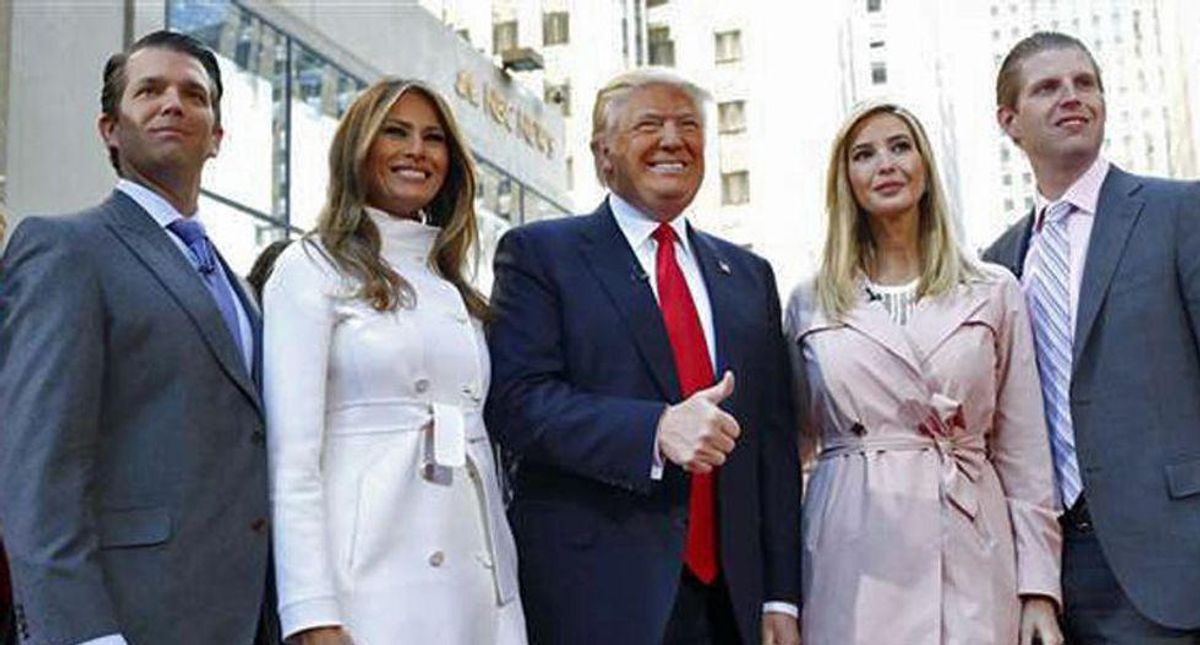 They've been after the right to abortion for decades. The next thing they did was go after the Voting Rights Act. And just watch: They'll go after Brown v. Board of Education and the Civil Rights Act next.

The Republican Party has turned against democracy. They will not let anything stand in their way. This week, the Supreme Court, with six justices appointed by Republican presidents, agreed to hear a case arising from a Mississippi law that bans abortions after 15 weeks of pregnancy. Just yesterday, the governor of the state of Texas signed a law banning all abortions the moment a fetal heartbeat can be detected, about six weeks after a woman becomes pregnant — and before most women realize that they are, in fact, pregnant. A similar bill was signed into law in South Carolina in February. The state of Tennessee passed a fetal heartbeat law last year. Now the Volunteer State has a bill under consideration that would allow the father of an unborn child, even if that father is a rapist who caused the pregnancy, to get a court order stopping the mother from getting an abortion. The veto power of the father over the abortion rights of the mother would be absolute, putting men, even criminals, in overall control of women's bodies. According to NARAL Pro Choice America, more than 60 bills have been introduced or passed in state legislatures this year to restrict abortion.

The defenestration of the Voting Rights Act is all the evidence you need that the Republican Party is refighting the Civil War with words. Chief Justice John Roberts relied on the principle of so-called "equal sovereignty" to justify overturning Section 5 of the Voting Rights Act, which required nine states, mostly in the Deep South, to get pre-clearance from the Department of Justice before changing their voting laws. Congress included the pre-clearance provision in the law because the states of the Deep South had a long history of restricting the voting rights of Black citizens. Justice Roberts found in his decision that treating states "unequally" by requiring certain states to get pre-clearance while not requiring the same of others was unconstitutional. He went on to say that the instances of Southern states discriminating against their Black citizens' voting rights were 40 years old and could therefore be dismissed as relics of another era.

The year after the Voting Rights Act was passed, one Southern state passed a law requiring prospective voters to produce an ID to register. The Department of Justice, in its pre-clearance process, found that the law discriminated on the basis of race because the Black citizens of the state were far less likely to have IDs such as driver's licenses, because many Black people in the mid-1960s in the South didn't own cars and thus didn't have occasion to drive.

Within 24 hours of the Shelby County decision in 2013, the state of Texas announced that it would implement a strict voter ID law that had already been passed and then overturned by a federal court decision. Two other states, Mississippi and Alabama, began to enforce voter ID laws that had been barred under the pre-clearance provision of the Voting Rights Act. Two months after Shelby County, North Carolina passed a particularly harsh voter suppression bill that included a strict voter ID requirement.

Within five years of the Supreme Court decision, more than 1,000 polling places had been closed, many of them in predominantly Black counties in Southern states. Other states had passed laws allowing the purging of voter rolls and restricting early voting and voting by mail.

In other words, the states that had previously been covered by the pre-clearance clause of the Voting Rights Act jumped with joy over their new freedom to restrict the voting rights of minority voters. The shackles of the Voting Rights Act were off, and they're still off. Three hundred and sixty-one bills restricting voting rights are under consideration by state legislatures controlled by Republicans around the country. It's an anti-democratic free for all out there.

What's going on is a full-on attack on two of the three amendments passed after the Civil War. The 13th Amendment ended slavery. The 14th Amendment extended full citizenship to "all persons born or naturalized in the United States," and went on to mandate that "No State shall make or enforce any law which shall abridge the privileges or immunities of citizens of the United States; nor shall any State deprive any person of life, liberty, or property, without due process of law; nor deny to any person within its jurisdiction the equal protection of the laws."

The 15th Amendment said that neither the United States nor "any state" could deny or abridge the right to vote "on account of race, color, or previous condition of servitude."

You would think those words are easy to understand and uncomplicated. Reading the Shelby County decision by Justice Roberts proves that you would be dead wrong. The Supreme Court and Republican-controlled state legislatures around the country are finding new ways to get around the simple, straightforward words of the 14th and 15th amendments every day.

Not only Roe v. Wade, but Brown v. Board of Education and the Civil Rights Act are in danger. In 1954, the Supreme Court found in a 9-0 decision that segregated schools were inherently unequal and thus unconstitutional. The Civil Rights Act of 1964 made it illegal to discriminate in public accommodations such as restaurants, hotels and public transportation on the basis of race. Roe v. Wade made abortion legal up to the point of viability, when a fetus, if given birth, would likely survive outside the womb.

I am increasingly afraid that we citizens of the United States have built a house of cards out of laws and the plain text of Supreme Court decisions and that house is coming down around us. The Republican Party has already fomented a violent physical assault on the house of our government, the Capitol, and they are assaulting daily the house of laws which have protected our most sacred democratic principles of equality based on sex, race and creed. Nothing is safe. Justice Roberts and his "brethren" have already told us that they believe states should be treated equally, but that people need not be. Through that door lie segregated schools, the end of birthright citizenship and restricted access to public accommodations. If it's unfair to forbid some states to discriminate on the basis of race in voting, shouldn't it be unfair to forbid some states from discriminating in other ways?

Folks, we are right back where we started. The words "equal sovereignty" are just a fancy way to say "states' rights." We are in a new Civil War. The only question left is when the other side will stop using words to attack our laws and pick up their guns.