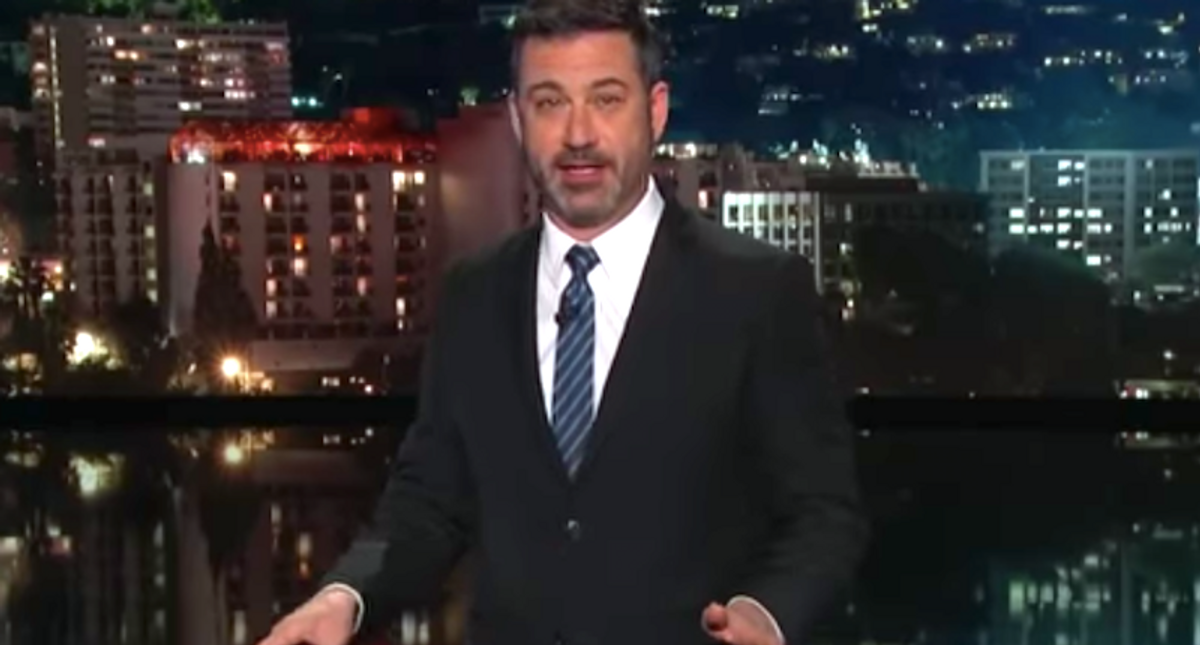 "Nothing says 'mark my words!' like immediately deleting those words," Kimmel mocked.

" Trump calls this a platform, but it's really just a website that he calls 'a place to speak freely and safely,'" continued Kimmel. "There's only one problem, the site doesn't allow any replies or comments or likes. The only person speaking freely or even at all, is him. Finally, he can speak freely and safely with himself on his new -- I'm not 100 percent sure but I think he just started a blog, really, is all he did."

He then turned to mock Eric Trump, who complained on Fox News' Sean Hannity that the price of wood is now too expensive because of President Joe Biden. The price of wood has gone up because of shutdowns during COVID. Now that markets have stabilized and the country is coming back, some are questioning whether the continued high prices of lumber are opportunistic price gougers. Alabama Republican Attorney General Steve Marshall is encouraging his state to be on the lookout, said WBRC. Canadian officials are already launching investigations into price gouging, Timmins Today reported.

In the end, all it proves to Kimmel is that Eric Trump can't get wood.