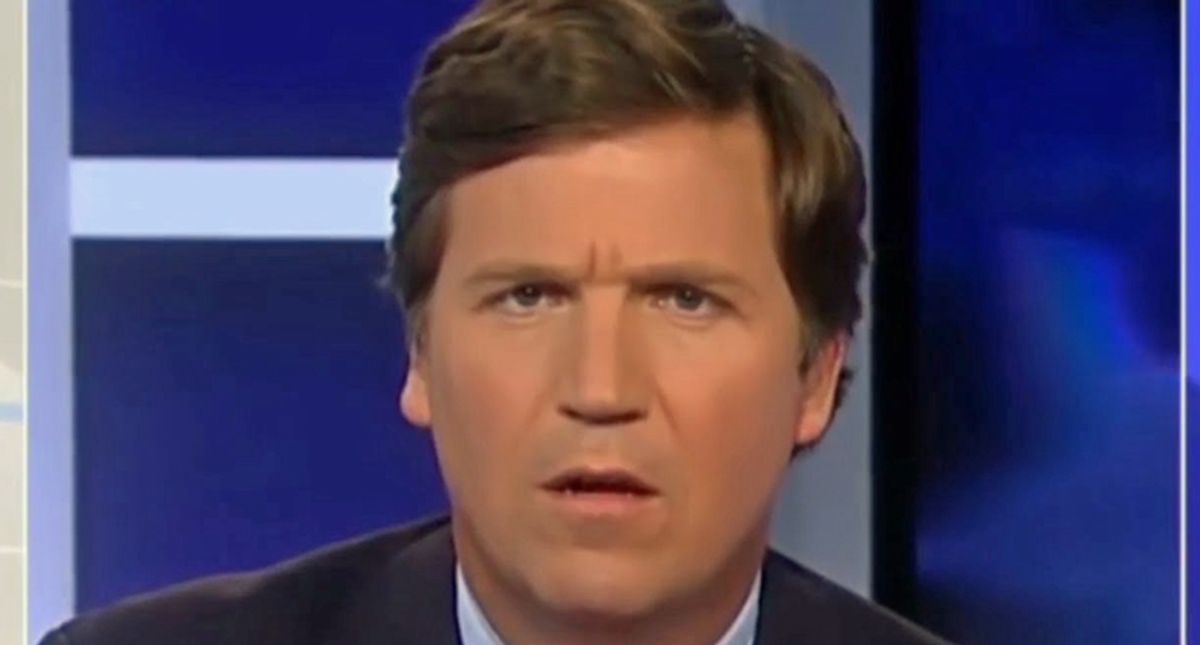 "Last Week Tonight" host John Oliver went after Fox News host Tucker Carlson on his show again. Oliver, who. has spent several shows attacking Carlson, this time focused on the ways in which the Fox host uses questions to spread misinformation, particularly when it comes to the vaccine for COVID-19.

In a super-cut of Carlson episodes, Oliver showed several of the "questions" that were proposed in an effort to incite panic over the vaccine. Oliver even went so far as to call Carlson one of the largest "super spreaders" of the virus.

"Why are Americans being discouraged from asking simple, straightforward questions about it," Carlson asked in one episode. The simple answer is that Americans aren't discouraged from asking questions, as Dr. Anthony Fauci revealed in one of his many Q&A sessions with people. This one was in Tennessee. Another was in Louisiana. Sunday evening on CNN a fertility doctor answered questions about the vaccine as well.

"How effective are these drugs," Carlson also asked. The CDC explains that answer on their website. It is the first result that comes up when one googles "how effective is the coronavirus vaccine."

"Do you need a reason to turn down the vaccine, and what happens if you do turn it down?" Carlson asked. No, you don't need a reason, in fact, the CDC answers that question too, with a list of people who should consult their doctors and wait on getting it. The logical answer to what happens if someone doesn't get the vaccine is that they're still susceptible to getting COVID-19, and ending up in the hospital or dying from it.

Carlson then sounded the alarm about a kind of vaccine segregation, asking if people would be blocked from going on planes or being able to eat in a restaurant if they haven't had the vaccine. The "no shoes, no shirt, no service" rule took off in 1970 as an attack on hippies.

The 1964 Federal Civil Rights Act prohibits any place of public accommodation – which includes private businesses like restaurants, hotels and stores – from refusing to serve a customer based on race, color, religion or national origin. The Americans With Disabilities Act also extended that to those with disabilities. There is no law protecting people for their non-vaccine status.

"Oh! Now they're telling us the vaccine has a delayed response," another Carlson episode explained. "OK. Delayed by how long? They don't say." Since vaccines don't work instantaneously like a radioactive spider, all vaccinations take time to enter your system and work their way through your body. It's the reason many people seek gel capsules for pain relievers or opt to chug cough syrup instead of popping a time-release pill.

The experts have actually said how long it can be delayed. It can be as much as 10-14 days, depending on the person and the type of vaccine. There are many articles explaining it.

"Ok, it is genuinely weird to see someone hosting a show on a supposed news network and ending every sentence with a question mark," said Oliver. "Especially when answers to most of those questions are out there for everyone who cares to know."

Oliver went on to explain why wearing a mask indoors to protect unvaccinated and vulnerable people is important. For example, if someone has cancer, is undergoing chemotherapy and is struggling with their immune system, taking the coronavirus vaccine may not be something their doctors want them to risk right now. If a vaccinated Tucker Carlson is still carrying COVID, he puts that person in danger by refusing to wear a mask and licking their doorknob.

The reason the CDC is being cautious, Oliver went on, is because they want to avoid "spreading bullsh*t around during a global pandemic like a frozen-dinner duke with a TV show. Anyway, I hope that answers at least one of your gape-mouthed, bad-faith wonderings, Tucker, you scrunched-faced fear-baboon."