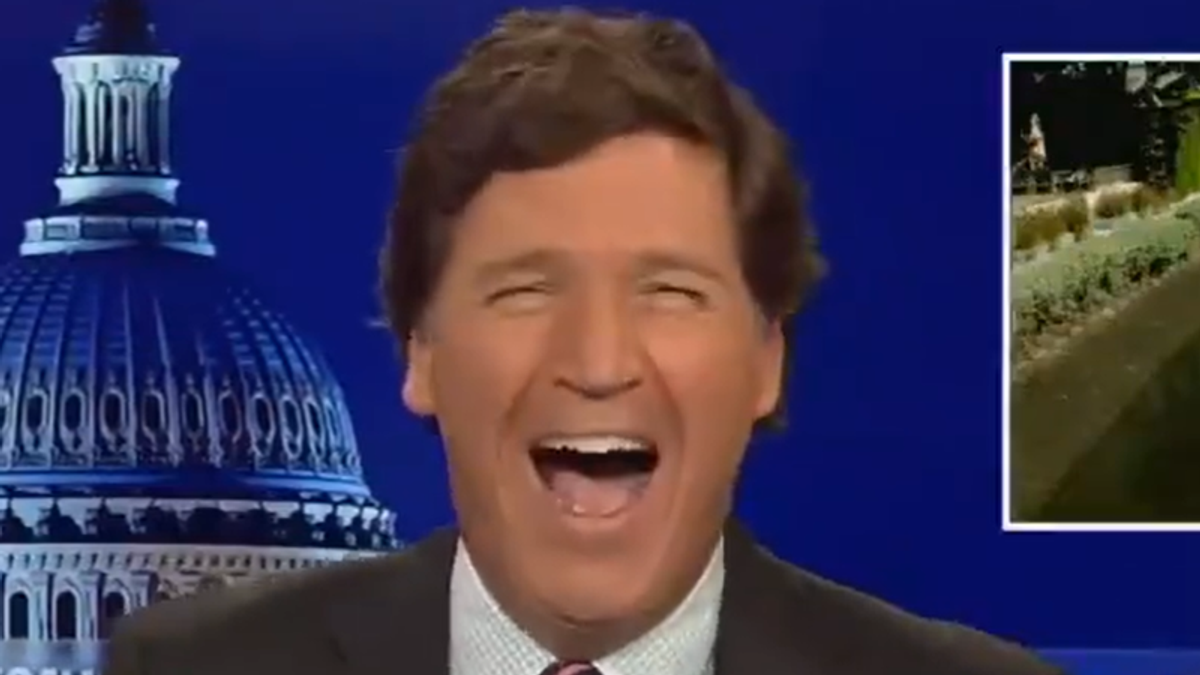 "Ted Lieu was VERY annoyed that Scott Perry said this," said Carlson. "And so he sent the following tweet, and he was clearly enraged as he did. Quote, 'Dear @RepScottPerry: Native-born Americans like you are no more American, and no less American, than an immigrant like me.' Good point, we agree with that. And then he said this: 'And with every passing year, there will be more people who look like me in the US. You can't stop it. So take your racist replacement theory and shove it.'"

"In other words, you're being replaced, and there's nothing you can do about it! So shut up!" added Carlson, breaking out in sharp laughter.