Tucker Carlson slammed for going after masked-up kids: 'This is going to cause violence' 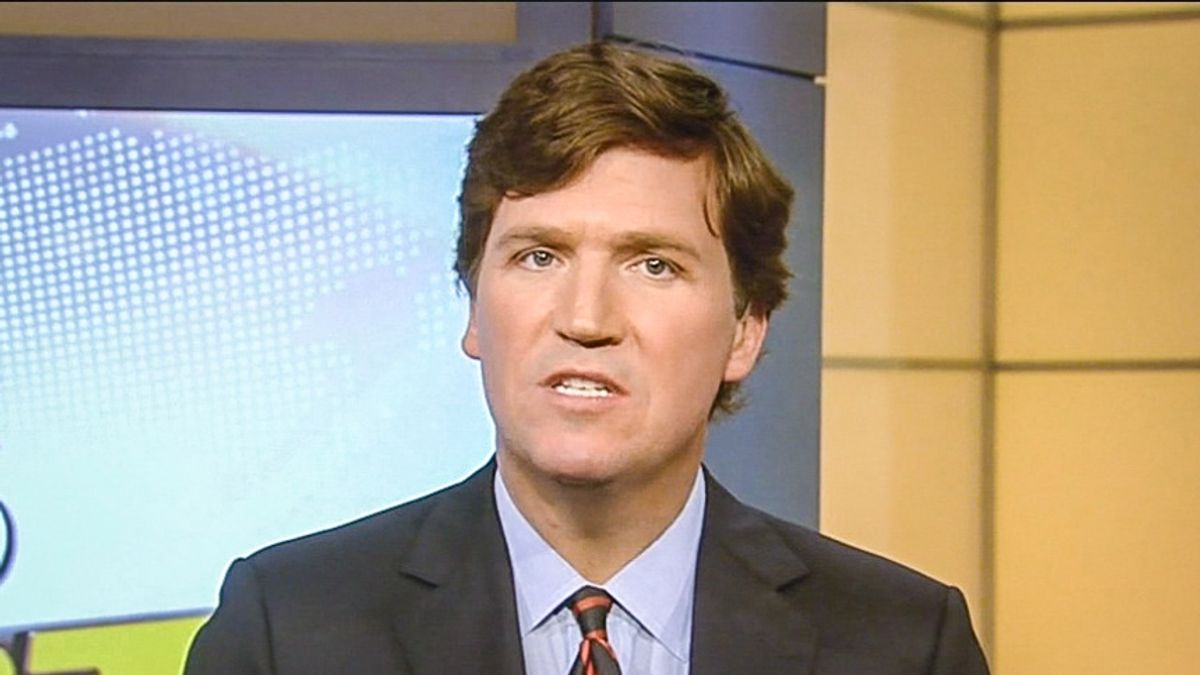 On Monday, Fox News' Tucker Carlson took anti-mask rhetoric to a new extreme, suggesting not only that people wearing masks in public actively be shunned, but that kids wearing masks outdoors should be taken from their parents by police and child services.

"Your response when you see children wearing masks when they play should be no different from your response to seeing someone beating a kid at Walmart. Call the police immediately. Contact Child Protective Services ... What you're looking at is abuse, it's child abuse, and you are morally obligated to attempt to prevent it."

Carlson's remarks triggered a wave of outrage from commenters on social media.

This motherfucker is going to get people killed. @FoxNews and @rupertmurdoch and his spawns need to be held to acco… https://t.co/4yC4cwTrTt
— Idrees Ahmad (@Idrees Ahmad)1619485968.0

as the recipient of threats to call cps because our kids were suspected of not wearing masks, please do not call cp… https://t.co/CKY4Ytyg8u
— Seth Mandel (@Seth Mandel)1619486441.0

His radio commentaries in 1943 about the tyranny of price controls, ration cards, blackout curtains and the militar… https://t.co/eItXwNugMy
— Joshua Zeitz (@Joshua Zeitz)1619485701.0

Guarantee you the fucknozzle I flipped off last week when he gave me shit about my mask was a Tucker Carlson viewer https://t.co/oBIOSyLgiv
— John Scalzi (@John Scalzi)1619485755.0

I wore a mask to play soccer this weekend and while it was mildly annoying I'm fairly certain it's not equivalent t… https://t.co/YHn4fla7rH
— Jacob Grier (@Jacob Grier)1619485696.0

Every single cable and streaming network that carries this network is willfully killing Americans. Call your cable… https://t.co/HWLcLmVjaK
— MeidasTouch.com (@MeidasTouch.com)1619485560.0

@justinbaragona Go ahead Tucker Carlson viewer. Make my day. Let’s see what happens when you harass my kids.
— pistilstamen (@pistilstamen)1619483745.0