Tucker Carlson furious at Matt Gaetz for including him in sex scandal defense: report 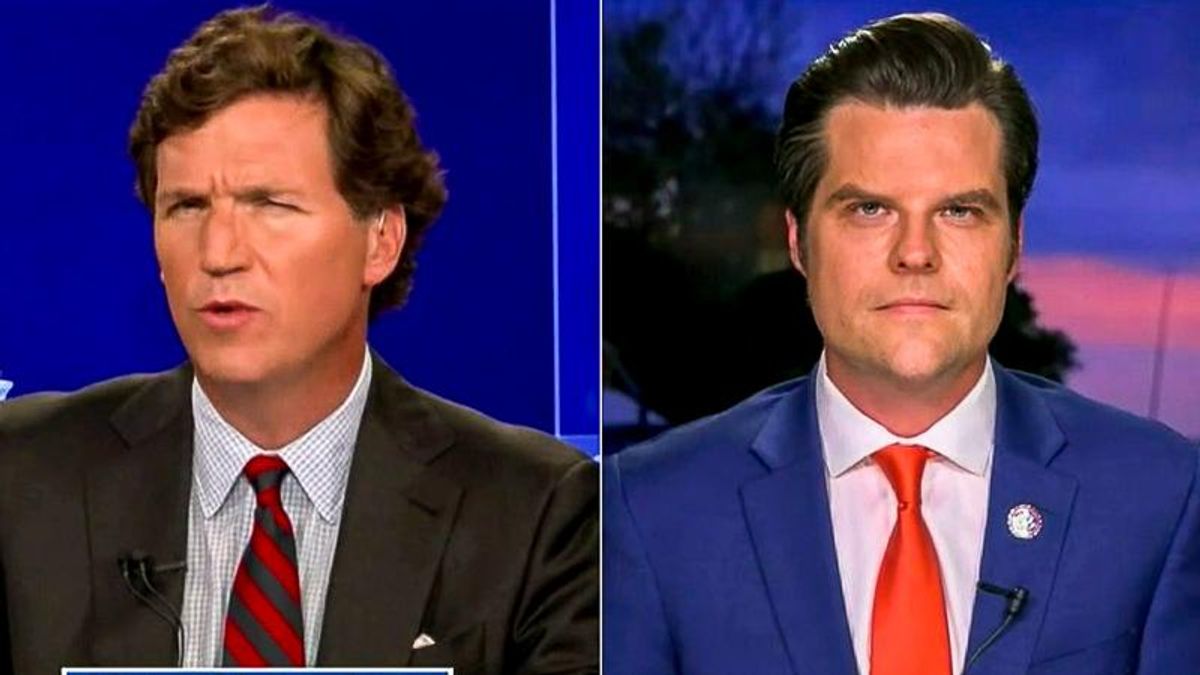 Fox News host Tucker Carlson is said to be furious with Rep. Matt Gaetz (R-FL) over the way the congressman defended himself in an interview this week.

While appearing on Carlson's Fox News program on Tuesday, Gaetz defended himself against allegations of sex trafficking by mentioning sexual misconduct allegations that were made against the Fox News host.

Gaetz noted that he was "not the only person on screen right now who's been falsely accused of a terrible sex act."

The Florida Republican then claimed that Carlson had met one of the women who was involved in his scandal.

"You and I went to dinner about two years ago," Gaetz explained during the interview. "Your wife was there, and I brought a friend of mine, you'll remember her."

Gaetz asserted that the FBI had tried to force the woman to smear him by saying he was in a "pay-to-play scheme."

A source close to Carlson later told CNN that the host was livid about the way Gaetz defended himself.

"It pissed him off," the source said.