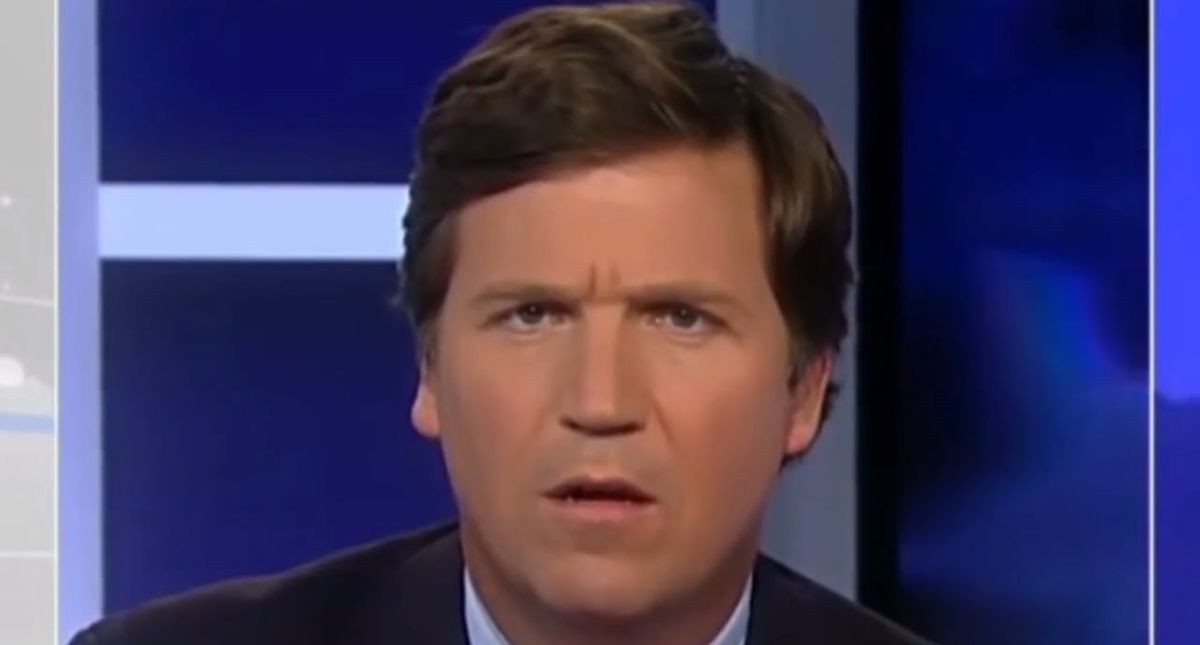 On Monday, as part of his lengthy series championing the authoritarian right-wing government of Hungary as superior to the United States, Fox News' Tucker Carlson went on a rant attacking American architecture and claiming that "you're not allowed to say" how ugly U.S. buildings are.

"Looking at these buildings, which move me," he began. "Not simply because they're old, and some have bullet holes, which in my view are a very useful reminder, I wish I lived in a city with bullet holes in the buildings, because every morning you look at them and you think to yourself, it could be really bad because it's been really bad, there's a lot at stake, make wise, sober, long-term decisions or else you could wind up with more bullet holes — it's true, it's true."

Carlson went on to say that most Americans were naive about just how dangerous the rest of the world is.

"Americans have no sense of how bad things can get, that it actually could be a lot worse," continued Carlson. "Our physical isolation cuts us off from the history of the rest of the world. There's not a passion to study what happened before in a place that you're building anew. Right? Right. So we don't have a sense of that. So I love your bullet holes."

Carlson went on to claim that American architecture is ugly compared to what he saw while in Budapest.

"It is pretty, the buildings are pretty," he said. "The architecture uplifts. This is another third rail of American politics, you're not allowed to note that our buildings are grotesque and dehumanizing. Why are they bad? Because they're ugly, and ugly dehumanizes us."

At the end of this strange rant, Tucker Carlson says that buildings in America are ugly and dehumanizing but “you’r… https://t.co/Ug4s8DyjP4
— Matthew Yglesias (@Matthew Yglesias) 1628557301.0

Carlson's rant about American architecture was met with bemusement from some, with writer Matthew Yglesias offering this response: