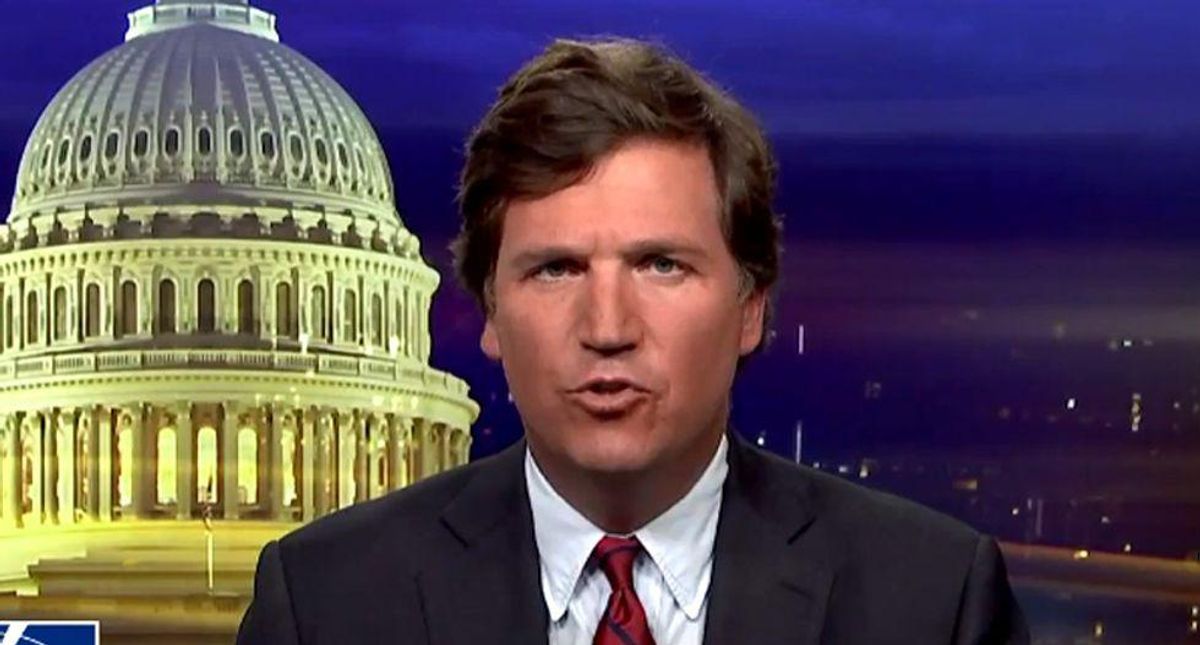 Fox News' host Tucker Carlson on Thursday took aim at the nation's highest-ranking military officer after he made remarks in support of teaching critical race theory in schools. It did not take long for Twitter users to fire back at him for his scathing criticism.

According to The HuffPost, Carlson described U.S. General Mark A. Milley as "stupid" and "a pig" as he criticized the general's level of professionalism and his career.

"Mark Milley is the chairman of the Joint Chiefs of Staff," the conservative Fox News host said on "Tucker Carlson Tonight." "He didn't get that job because he's brilliant or because he's brave, or because people who know him respect him. He is not, and they definitely don't."

Carlson also revealed why he believes Milley was hired for his position. "Milley got the job because he is obsequious. He knows who to suck up to, and he's more than happy to do it. Feed him a script and he will read it."

After a second clip, Carlson added, "He's not just a pig, he's stupid."

It did not take long for Twitter users to fire back at Carlson. Many of them did not mince words in sharing their opinions of Carlson's remarks. One Twitter user wrote, "Here we see the Chairman of the Joint Chiefs of Staff, General Mark Milley, being slandered by the Autocratic movements chief propagandist @TuckerCarlson with ad hominem attacks. Milley has served this country in uniform for 42 years. Disgusting."

Carlson's remarks came one day after Milley admitted that he believes members of the military should be open-minded and well-versed in many areas including the highly debated topic of critical race theory. His words were a response to Rep. Matt Gaetz's arguments about the U.S. military's decision to embrace diversity and all-inclusive teachings. According to Gaetz, the military was becoming too "woke."

"I've read Mao Tse-tung. I've read Karl Marx. I've read Lenin. That doesn't make me a communist," Milley said. "So what is wrong with understanding? Having some situational understanding about the country for which we are here to defend?"