UAE detains US lawyer for Khashoggi on money laundering charges 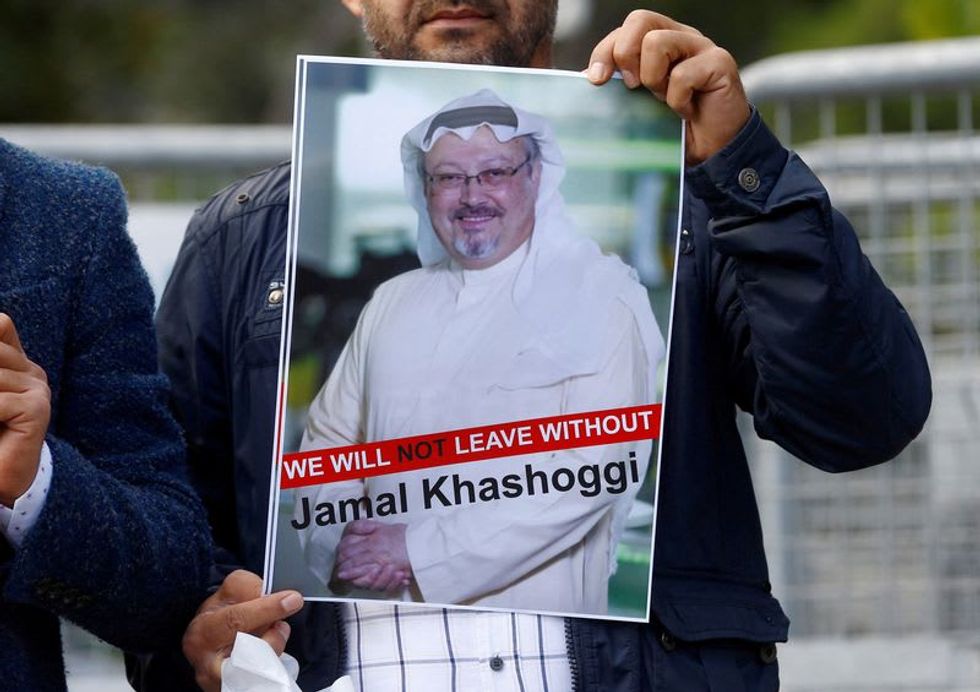 (Reuters) - United Arab Emirates authorities have detained Asim Ghafoor, a U.S. citizen and civil rights attorney who previously served as a lawyer for slain journalist Jamal Khashoggi, said U.S.-based rights group DAWN of whose board Ghafoor is a member.

A UAE government official confirmed Ghafoor was arrested while transiting through Dubai International Airport on July 14 on charges related to an in absentia conviction for money laundering pursuant to evidence heard by Emirati courts.

A senior U.S. administration official had told reporters earlier on Saturday that the United States was aware, but could not say whether President Joe Biden would raise the issue in bilateral talks with the UAE president on the sidelines of an Arab summit in Saudi Arabia.

"There's no indication that it has anything to do with the Khashoggi issue," the official added.

Democracy for the Arab World Now (DAWN) said in a statement on Friday that Ghafoor, a civil rights attorney based in Virginia, was en route to Istanbul to attend a family wedding.

The Emirati official, responding to a Reuters request for comment, said the UAE has granted a request by the U.S. embassy to conduct a consular visit and that since the original trial was held in absentia, Ghafoor is permitted to request a retrial.

"A request has been received and granted, resulting in the case being reopened, and the relevant legal proceedings are underway," the official said.

DAWN cited U.S. consular officials as saying the lawyer was being held in a detention facility in Abu Dhabi and that Ghafoor stated he had no knowledge of any legal matter against him.

It said the conviction was obtained "without due process" and called for his immediate release.

Rights groups say the UAE has jailed hundreds of activists, academics and lawyers in unfair trails on broad charges.

The UAE has rejected such accusations as baseless and says it is committed to human rights under the country's charters.

Biden had said he would raise human rights during his trip to the region which concluded on Saturday.