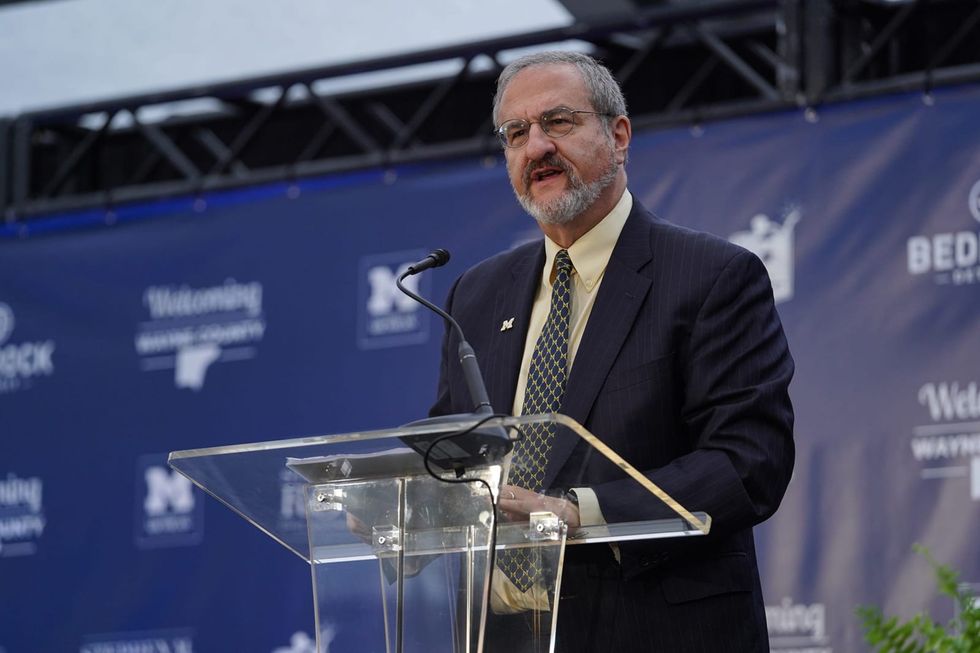 Mark Schlissel, president of the University of Michigan, speaks during a news conference on Oct. 30, 2019. - Ryan Garza/Detroit Free Press/TNS

The University of Michigan Board of Regents said Saturday it fired President Mark Schlissel after an investigation found inappropriate conduct with an employee. The investigation began following an anonymous complaint on Dec. 8. "After an investigation, we learned that Dr. Schlissel, over a period of years, used his University email account to communicate with that subordinate in a manner inconsistent with the dignity and reputation of the University," according to a statement posted on the board's website. The board released numerous emails showing an exchange with one person dating back to 2...