US moves to ban word 'squaw' from federal lands 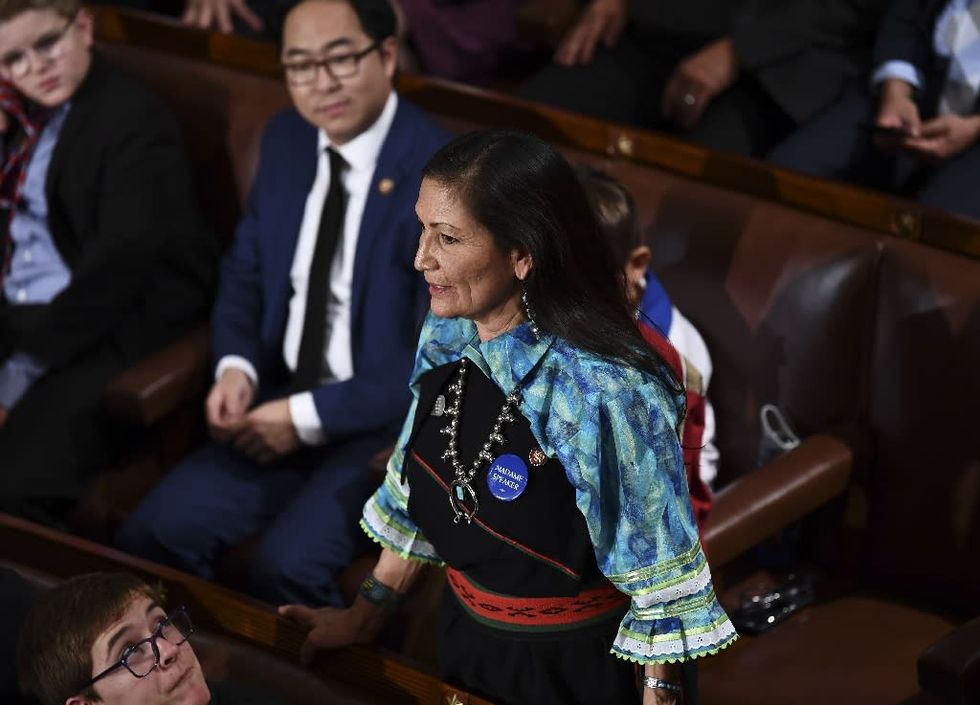 Washington (AFP) - US Interior Secretary Deb Haaland, the first Native American to hold the position, is finalizing steps to remove the word "squaw" from all federal lands because the word has historically been used as a slur against Indigenous women.

According to a news release on Friday, a 13-member derogatory geographic names task force has concluded its review of the more than 660 geographic features that have the word, which the federal government now refers to as "sq___"

The effort was first announced in February when the department launched a comment period and began reviewing replacement names.

The task force received more than 6,000 comments and an additional 300 comments through consultations with Indian nations.

Haaland, a member of New Mexico's Laguna Pueblo tribe, said she was grateful for the task force's "work to ensure that racist names like sq___no longer have a place on our federal lands."

She said she hoped to "implement changes as soon as is reasonable," following a vote by the US board on geographic names.

The department is also reviewing the names of several towns, such as Squaw Harbor in Alaska, where there are "unique concerns" about renaming, the statement added.

"Squaw" appears as a part of words in the Algonquian languages of northeastern North America, where it means "woman." But it is now considered offensive because of its derogatory use by white people following the colonization of the Americas.

For example, it was commonly used in depictions of Native women that reduced them to exotic objects.

The federal government's actions are also part of a broader movement -- last year, the famous Squaw Valley ski resort near Lake Tahoe in California changed its name to Palisades Tahoe.

There have however been attempts by some Native Americans to reclaim the word in its original, non-offensive form.

Quoted in an Indian Country Today article from 2017, Marge Bruchac, an anthropologist at the University of Pennsylvania of Abenaki Indian descent, defended its use.

"I understand the concern of Indian women who feel insulted by this word, but I respectfully suggest that we reclaim our language rather than let it be taken over."