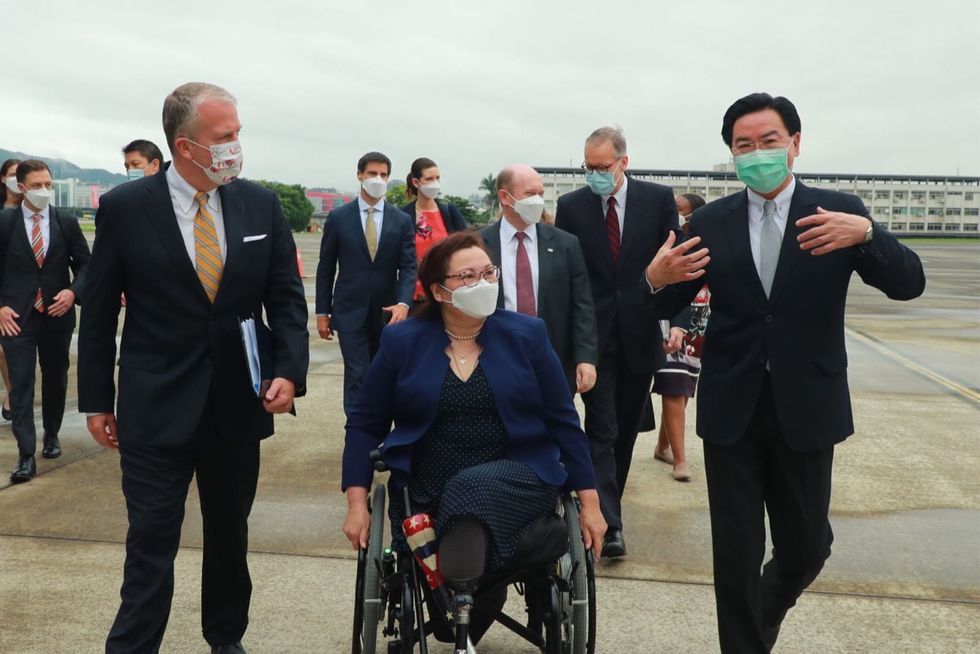 "It was critical to the United States that Taiwan be included in the first group to receive vaccines, because we recognize your urgent need and we value this partnership," Duckworth said at Taipei Songshan Airport according to state-run Central News Agency.

On Friday, the American Institute in Taiwan, which acts as the de facto US embassy, said that Taiwan would be included in the first tranche of the more than 80 million Covid-19 vaccines set to be donated by the US, without mentioning details.

Duckworth and fellow US senators Dan Sullivan and Chris Coons on Sunday arrived at Taipei airport and were greeted by Taiwan Foreign Minister Joseph Wu.

Wu said Taiwan was "very grateful" for being included in the Biden administration's plan to export coronavirus vaccines to other countries.

Coons also noted that Taiwan was prevented from joining the world health alliance and has encountered roadblocks in its access to safe and effective vaccines.

Taiwan President Tsai Ing-wen later also expressed her appreciation to the delegation for the donation, which she said shows the bipartisan support of the US Congress for Taiwan.

The US senators stayed in the capital for about three hours before leaving.

Tsai said Japan and the US sharing vaccine doses recently have been a major help in Taiwan's fight against the coronavirus pandemic.

Since May 15, Taiwan has tightened its coronavirus control measures as it saw a surge in new cases. The Covid-19 vaccination rate for the island's 23.6 million people remains lower than 3 per cent.