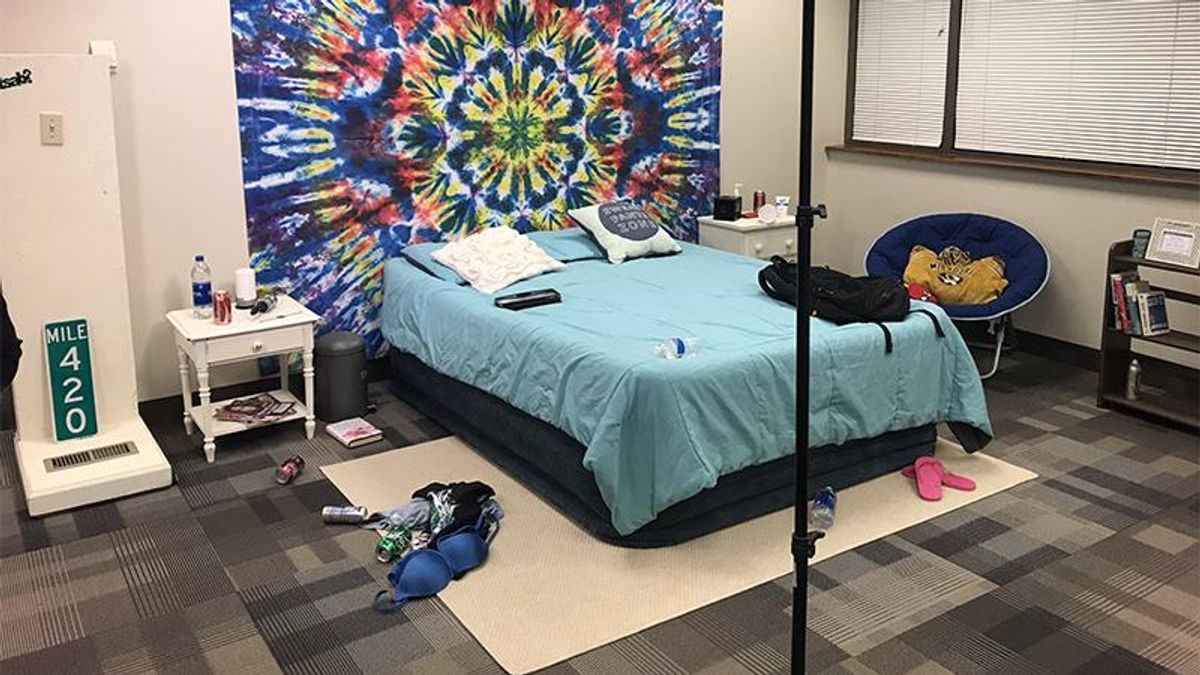 "We'll show you what parents should be looking for so they can identify signs of drug use. I was shocked at what I found in this room!" she explained with the photo.

The eggshell walls, carpet squares and large corporate windows led some to complain that the room was actually a fake, set up in an office building for the segment.

There were questions about the fact that the bed was made, a dead giveaway that it isn't a real teen bedroom, said another person. Then there's the question about how any teen could possibly be a drug addict while keeping their room so clean.

"It was completely staged - which was the point and we explained in our live report," Hulsey later tweeted.

The bedroom was actually set up inside DEA headquarters in downtown St. Louis.

There were some who couldn't help but laugh at the things in the room that seem suspect or a little absurd, and others who related it to other teen drama.

See the hilarious tweets below:

The tissues and lotion setup on the nightstand paired with the Lauren Conrad make up book? This teen is a gender fl… https://t.co/4IAuRkSJf9
— Jennifer Engel (@Jennifer Engel) 1624561051.0