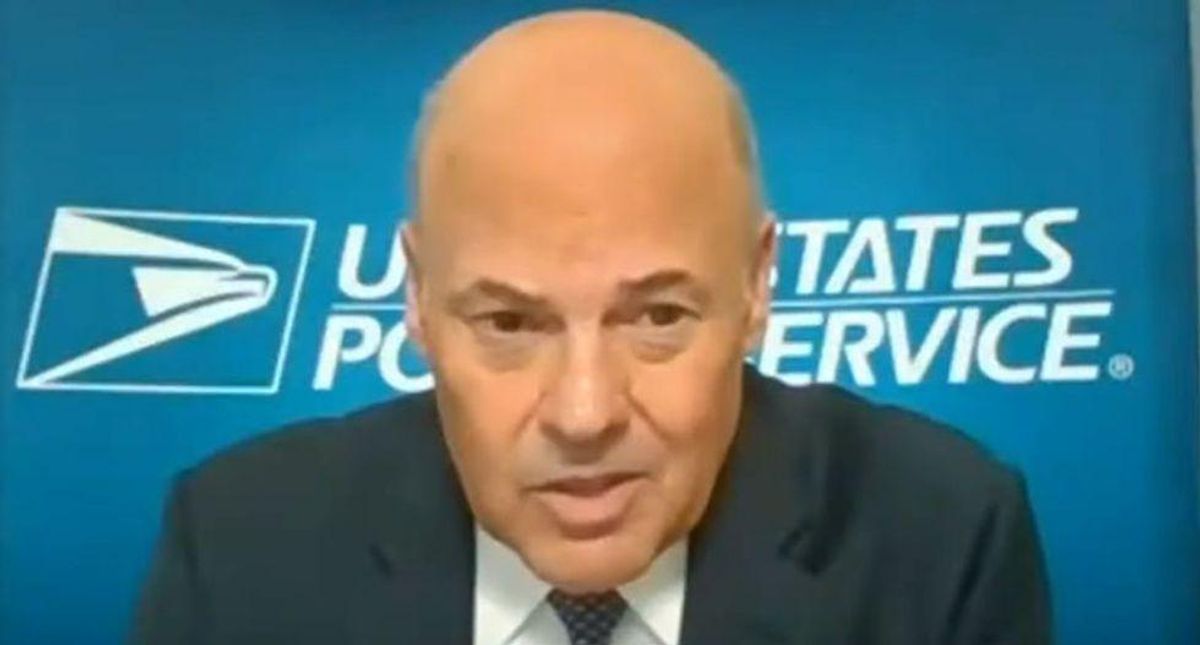 President Joe Biden's nominees to the United States Postal Service board of governors have now all been confirmed, with the Senate's approval of Anton Hajjar, former general counsel of the American Postal Workers Union. This means the nine-member board now has four Democrats and a Biden-appointed independent, raising progressive hopes that Postmaster General Louis DeJoy, the former shipping executive appointed under former President Donald Trump, could finally be removed.

But things aren't quite so simple, wrote Steve Benen for MSNBC.

"Remember, despite considerable speculation about President Joe Biden firing DeJoy, that has never been a legal option: the USPS can oust the postmaster general, but the president cannot," wrote Benen. "That said, Biden doesn't appear eager for DeJoy to stick around. A few months ago, White House Press Secretary Jen Psaki told reporters, 'I think we can all agree — most Americans would agree — that the Postal Service needs leadership that can and will do a better job.'"

"In practice, however, one of the Democratic board members is Ron Bloom, a Trump appointee who's expressed support for DeJoy," said the report. "As recently as April, Bloom, who currently chairs the USPS board, told The Atlantic, in reference to the controversial postmaster general, 'Right now, I think [DeJoy is] the proper man for the job. He's earned my support, and he will have it until he doesn't. And I have no particular reason to believe he will lose it.'"

This balance may not last forever — Biden will get another shot at an appointment in 2022 when the term of Republican William Zollars expires. But for now, his appointments may not be enough.

DeJoy has been controversial from the start, with changes to USPS policies scrambling service just as mail-in ballots started going out — changes DeJoy denies he was responsible for or were meant to sabotage the election. He has also put forward a proposal to slow down mail service and raise postage prices, ostensibly for the solvency of the organization, drawing more fire.

"What happens next is tough to predict, but the fight is likely to be intense," wrote Benen. "The USPS effectively operates as an independent agency, but the more the White House and congressional Democrats push for DeJoy's ouster, the more Democratic board members will feel pressured to make a leadership change. Watch this space."