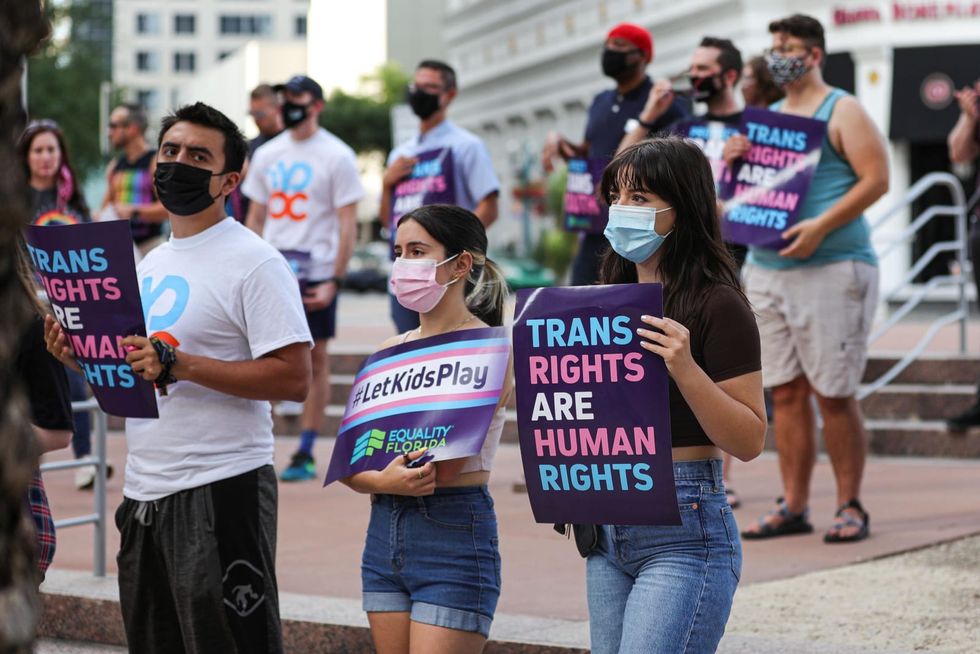 A group of attendees listen to a speaker during the# ProtectTransKids rally outside Orlando City Hall on June 1, 2021. - Lizzie Heintz/Orlando Sentinel/TNS