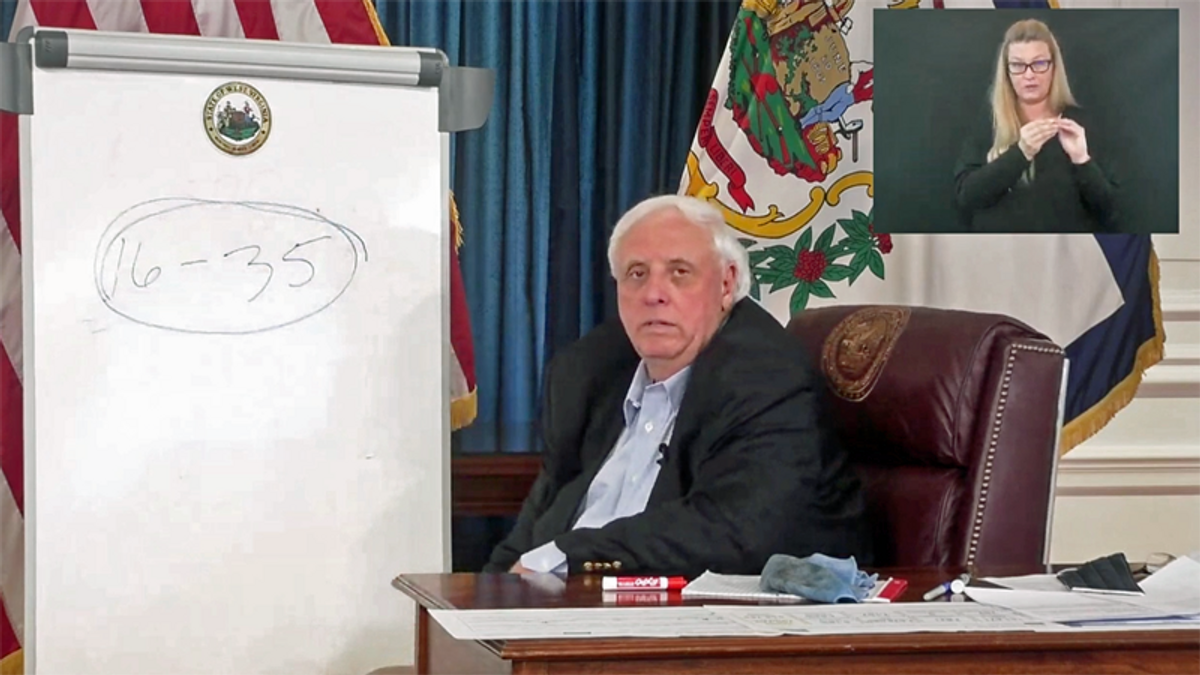 West Virginia is taking a major new step in an effort to get younger residents vaccinated against coronavirus.

"After saying Friday that the state had "hit a wall" when it comes to COVID-19 vaccinations, West Virginia Gov. Jim Justice announced a plan Monday to encourage the state's younger residents to get their shots," WBOY-TV reported Monday. "The plan calls for $100 savings bonds to be given to anyone in the 16-35 age bracket, using CARES Act funds. This applies to anyone in that age group who has already gotten a shot and anyone who gets one moving forward, Justice said."

The governor used a whiteboard during his coronavirus brieifng to explain his math.

"Of an eligible population of 1,470,000, 52%(764,400) have been vaccinated so far, Justice said. There are 380,000 16-25 year-olds in the state, the governor continued and he is hoping that 275,000 will get vaccinated, which would mean more than 70% of the state's total population have gotten shots," the network reported. "If that percentage does not improve dramatically, Justice will be reading the names of dead and will have to continue the state's mask mandate, he warned."

The governor's office said "additional information about this initiative will be provided as it becomes available."