While the Oklahoma GOP may have thought the Holocaust comparison would be a good motivator to get its supporters to demand the special session, many of the party's followers on Facebook blasted it for comparing vaccine mandates to one of the very worst human rights atrocities in world history.

"As a Jew I am completely disgusted by this post," wrote Tulsa resident Laura Bellis in response. "This is a horrifying very false comparison. How dare you."

"This is an abhorrent comparison and completely out of line," wrote Cayti Lewis Burch of Broken Arrow, Oklahoma. "Asking people to protect the health of others is in no way, shape, or form comparable to the horrendous and evil treatment and genocide of millions of Jews. Take this down and do better."

"This is unacceptable," a man named Teddy Wyatt wrote. "I have been a registered Republican since voting for Ronald Regan. I was a Republican in Oklahoma when we were the minority. I will indeed contact all of my state officials and demand that SOMEONE get control of the idiocy that is now the Republican party. Requiring vaccination for employment is not new. Many people are required to have hepatitis vaccinations in order to work."

Read all the replies here.

A screen capture of the full post can be found below. 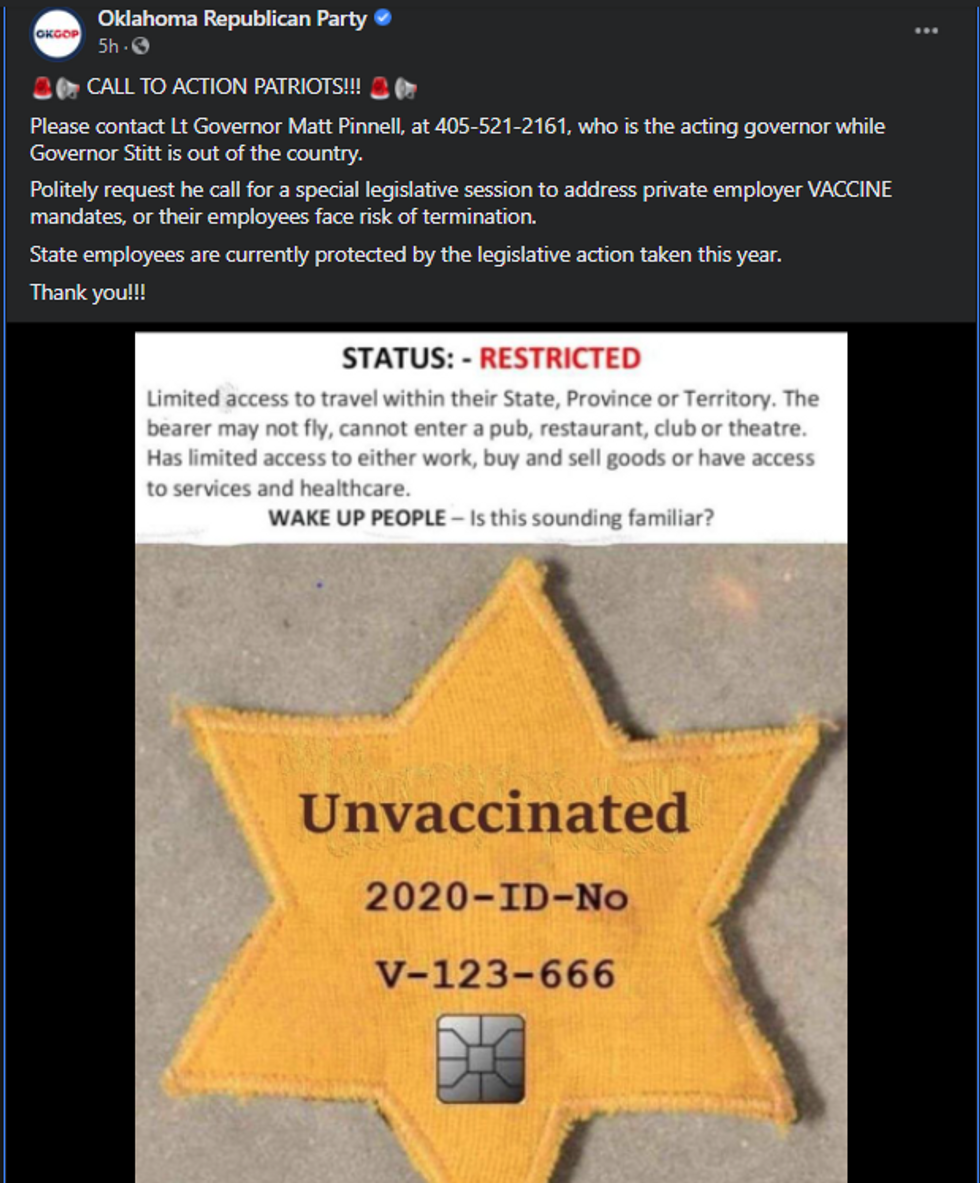