Labor unions vs. vaccine mandates: The workers drawing a line in the COVID battle 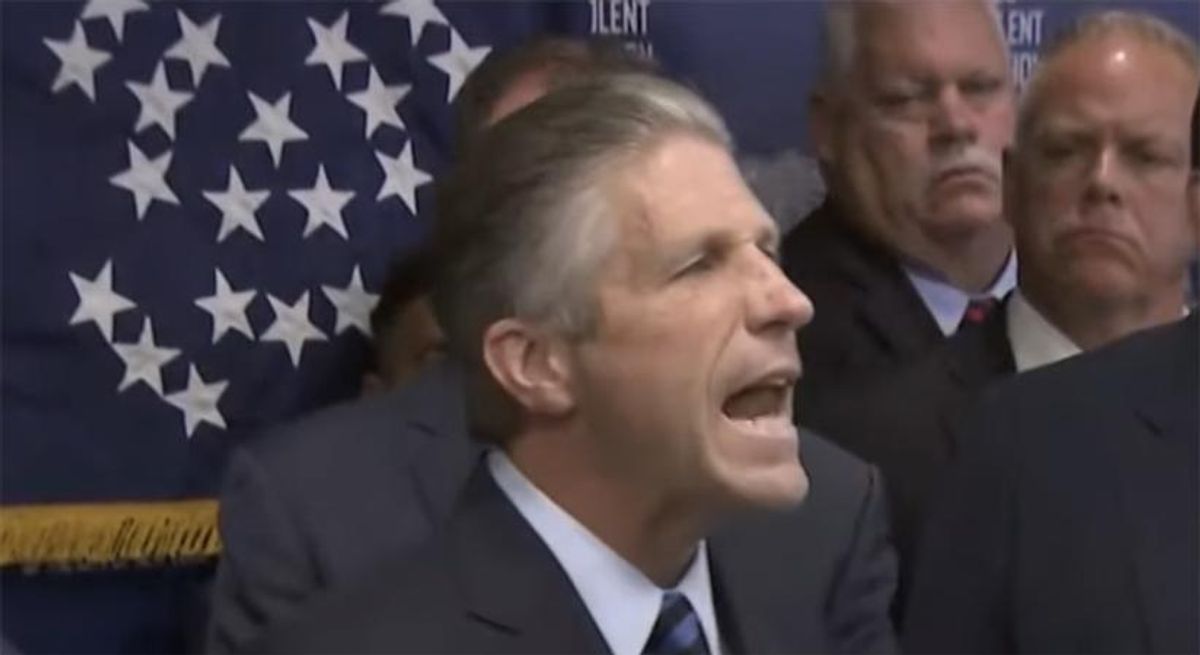 Police unions, among several other professional labor unions, across the country are fighting back against possible vaccine mandates in Democratic-led states, many of which are considering a requirement for all city employees – including police officers – to be inoculated against COVID-19.

The head of the Fraternal Order of Police, which represents some 355,000 members, recently compared vaccine mandates to Nazi Germany – now a notable a right-wing talking point that several conservative lawmakers and pundits have employed over the past couple months.

"We're in America, G-ddamn it," union president John Catanzara told the Sun-Times. "We don't want to be forced to do anything. Period. This ain't Nazi f---ing Germany, [where they say], 'Step into the f---ing showers. The pills won't hurt you.' What the f--k?"

"Nobody knows what the long term side effects could possibly be," he added. "Nobody. And anybody who says they do are full of s--t."

Catanzara's remarks come largely in response to Chicago Mayor Lori Lightfoot's decision to advance a October 15 vaccine mandate for all city employees, according to the Sun-Times. Lightfoot has yet to establish a clear policy addressing employees who might refuse to get the jab.

Strong resistance has also been seen in New York, where Mayor Bill de Blasio this week mandated that all New York City school employees get inoculated by September 27.

In response, the Police Benevolent Association, the Big Apple's largest police union of about 24,000 members, told its members that it would fight tooth and nail against any such requirement for police, according to The New York Post.

"If the City attempts to impose a vaccine mandate on PBA members, we will take legal action to defend our members' right to make such personal medical decisions," President Patrick Lynch wrote over email on Wednesday.

About 47% of New York Police Department (NYPD) officers are currently vaccinated, even though 60 of the force's members have died from COVID-19 over the course of the virus, according to the Post. Back in April of last year, at least 20% of the NYPD was out sick due to the virus.

Police unions in the Pacific Northwest have also mounted their opposition to any impending vaccination mandates.

According to NBC News, San Jose city officials are currently mulling a vaccine mandate for all city employees effective on September 30. But Sean Pritchard, president of the San Jose Police Officer's Association, told the outlet that the association wants to keep the city's present policy in place, which would simply require weekly COVID-19 tests.

Urging a "vaccinate or accommodate" rather than a "vaccinate or terminate" policy, Pritchard told CBS Local: "We believe this proposal really strikes the right balance in helping maintain safety and reducing the spread."

Roughly 125 officers and staff members within the San Jose Police Department are currently refusing to get the jab. "If the city moves to get rid of these officers … that would absolutely decimate this police department," Pritchard said.

In Seattle, where Mayor Jenny Durkan announced an October 18 mandate earlier this month, the city's largest police union has also spoken out, citing concerns that the policy would hollow out the department.

"I can tell you right now, we could potentially have a lot of officers that could be terminated by this mandate," Mike Solan, president of the Seattle Police Officers Guild, said on his podcast, "Hold the Line with Mike Solan."

According to Crosscut, over a 20 day period in August, 29 officers tested positive for COVID-19 – an approximate 30% spike in Seattle Police Department cases since the start of the pandemic.

A stream of misinformation over the past year has downplayed the danger of the coronavirus and disputed the efficacy of the vaccine. Back in June, AP News reported that roughly 0.01% of all patients hospitalized by COVID throughout the U.S. were vaccinated. About 0.8% of COVID-related deaths, meanwhile, were Americans who have been vaccinated.