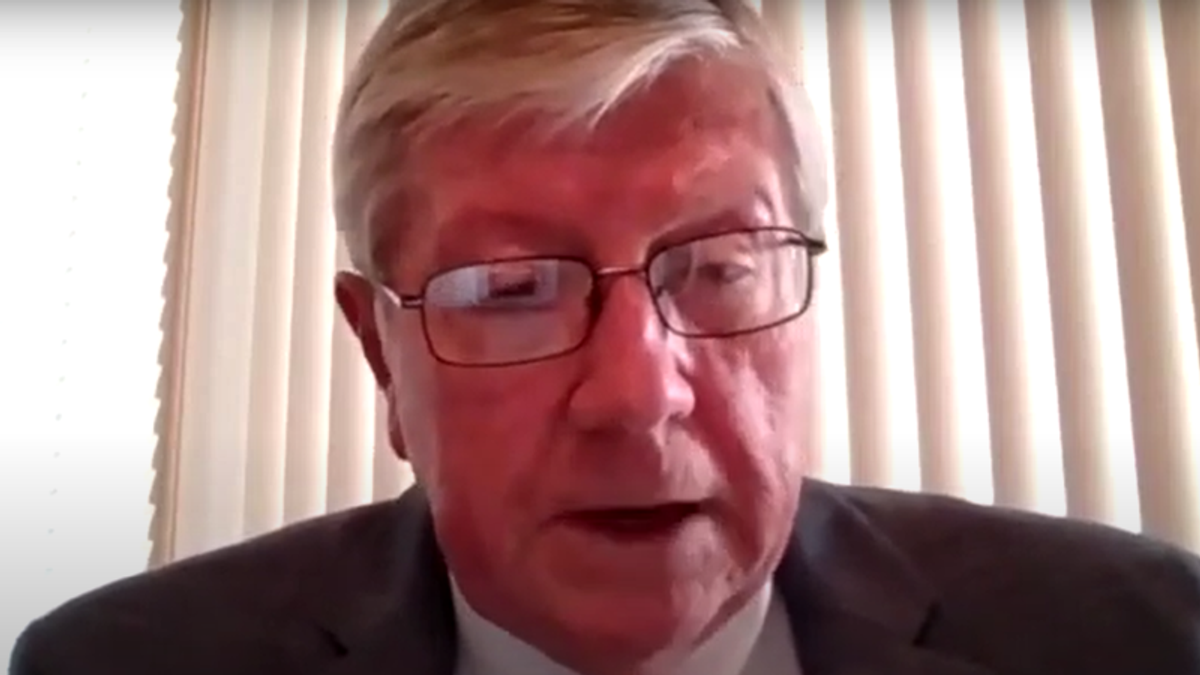 According to The Arizona Republic, a top GOP regulator in Arizona has been promoting conspiracy theories and falsehoods about the COVID-19 vaccination in discussions with the companies he is overseeing.

"Arizona Corporation Commissioner Jim O'Connor, a Republican who was elected in November, told The Arizona Republic in an interview that the government and news media are covering up deaths and other harms caused by the shots," reported Ryan Randazzo.

"I'm also aware through other information that many people who have taken the shot, many thousands of people here in the U.S., are deceased," said O'Connor in the interview. "And the deceased part is the good news. And please don't take that out of context. But the alternative to being deceased after the shot, there are something like 40,000 plus recorded cases of people that are now potted plants. They are human vegetables. They've lost their ability to function."

There is no evidence to support any of these claims.

The Corporation Commissioner in Arizona is responsible for regulating utility companies like water and electric plants. His biography on the state agency website says that he has "42 years' experience in finance with responsibility for regulatory compliance, investment portfolio management, and enterprise leadership," and that he "served for 12 years on the Board of Grace Line Ministries, a non-profit Christian mentoring organization" — but does not list experience in medicine or public health.