'Do not handcuff me': Trump lawyer rages he will call 100 witnesses 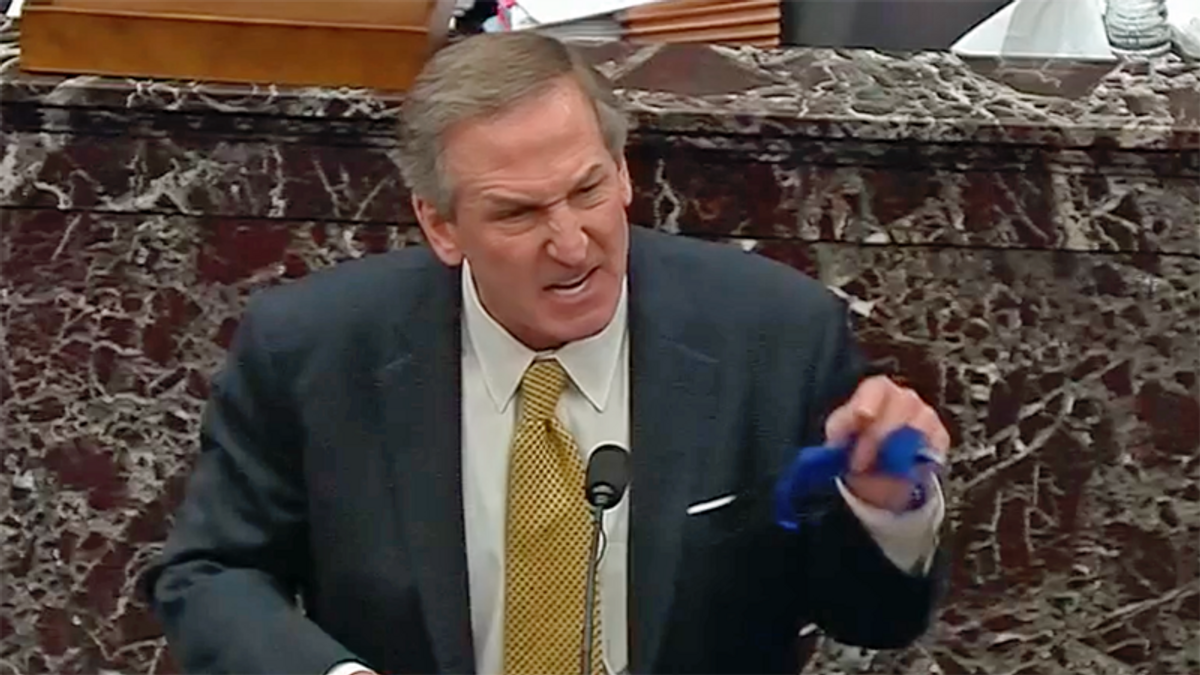 On Saturday, after House impeachment manager Rep. Jamie Raskin (D-MD) announced his intention to subpoena Rep. Jaime Herrera Beutler as a witness in the impeachment trial of former President Donald Trump, defense attorney Michael van der Veen angrily took to the Senate floor to demand his side be allowed to call 100 witnesses and drag out the trial perpetually.

"I'm going to need at least over 100 depositions, not just one," said van der Veen. "The real issue is incitement. They put into their case over 100 witnesses, people who have been charged with crimes by the federal government and each one of those, they said that Mr. Trump was a co-conspirator with. That's not true. But I have the right to defend that."

The Senate would need to vote as a whole to allow van der Veen to call witnesses, just as they will have to vote on the impeachment managers' request.