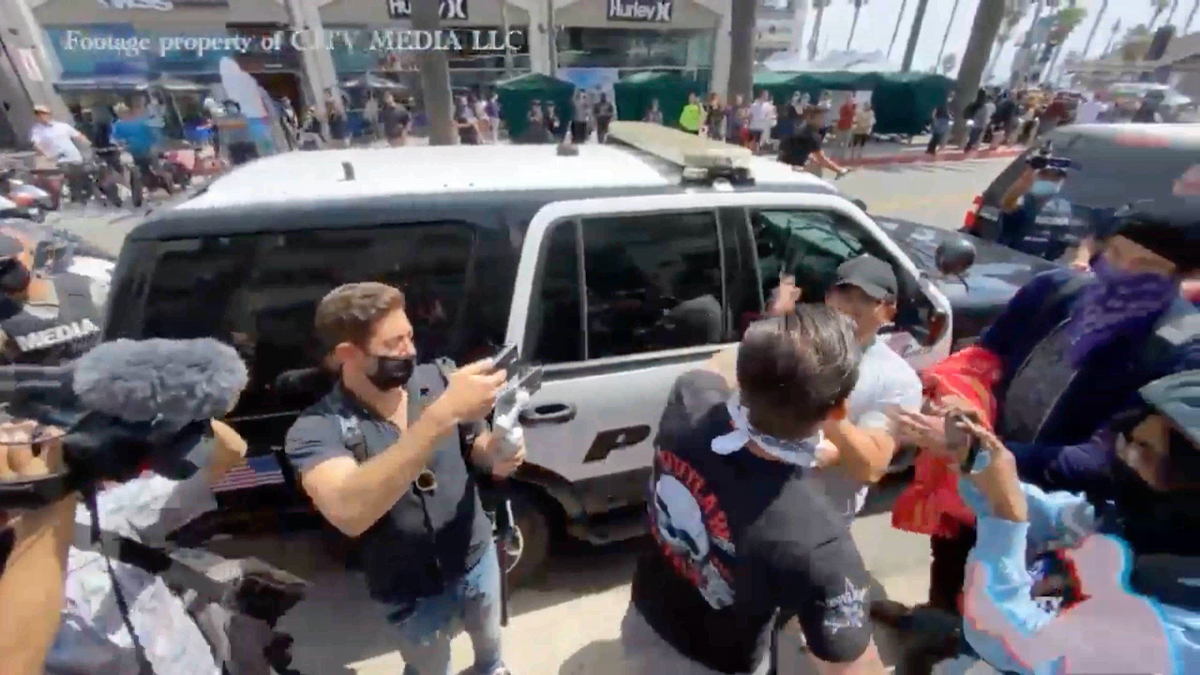 "Get out of my F*cking way youf*ckin sh*t!" the man in a black shirt appeared to say to the calm guy, plowing through the crowd and shoving the calm guy aside.

The calm guy appears to say he wants to "understand why you hate me."

The violent man reared back and punched the calm guy in the face, drawing "Whoa whoa!" responses from the crowd surrounding them.

"He just wanted to understand you f*cking Nazi b*tch," someone from the crowd shouts.

It's unknown if the man in the black shirt was arrested but he was seen speaking with police after the incident. 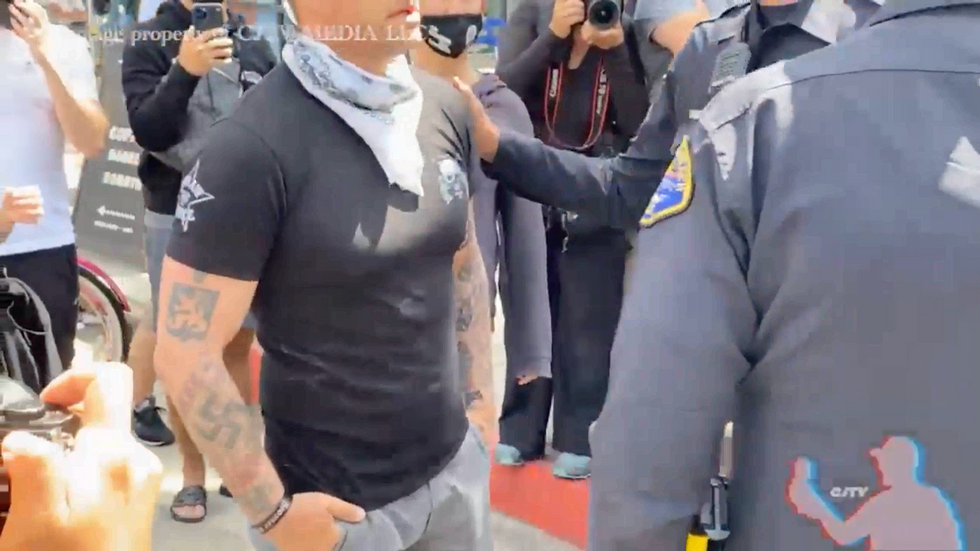 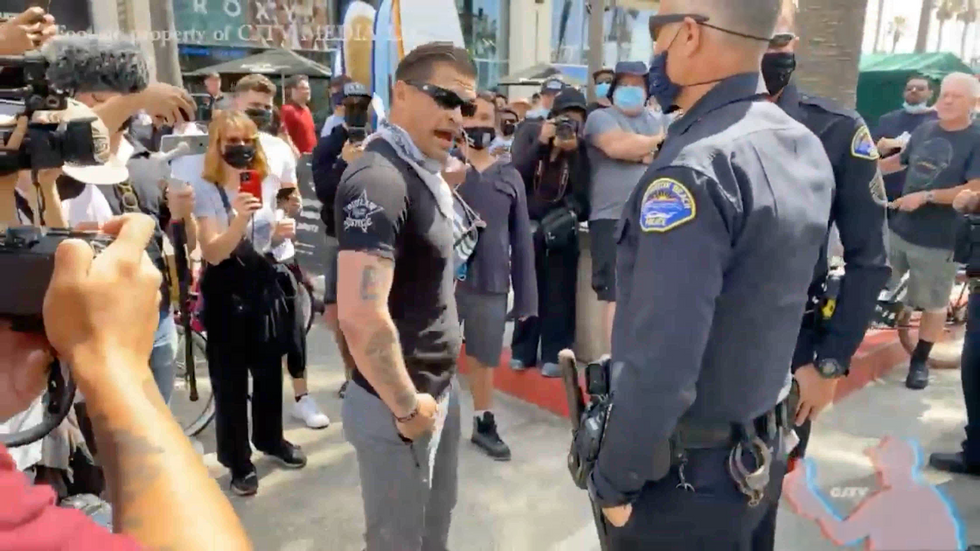 See a clip below from CJTV Media, LLC, who was live streaming the White Lives Matter rally. You can see the full live stream below: