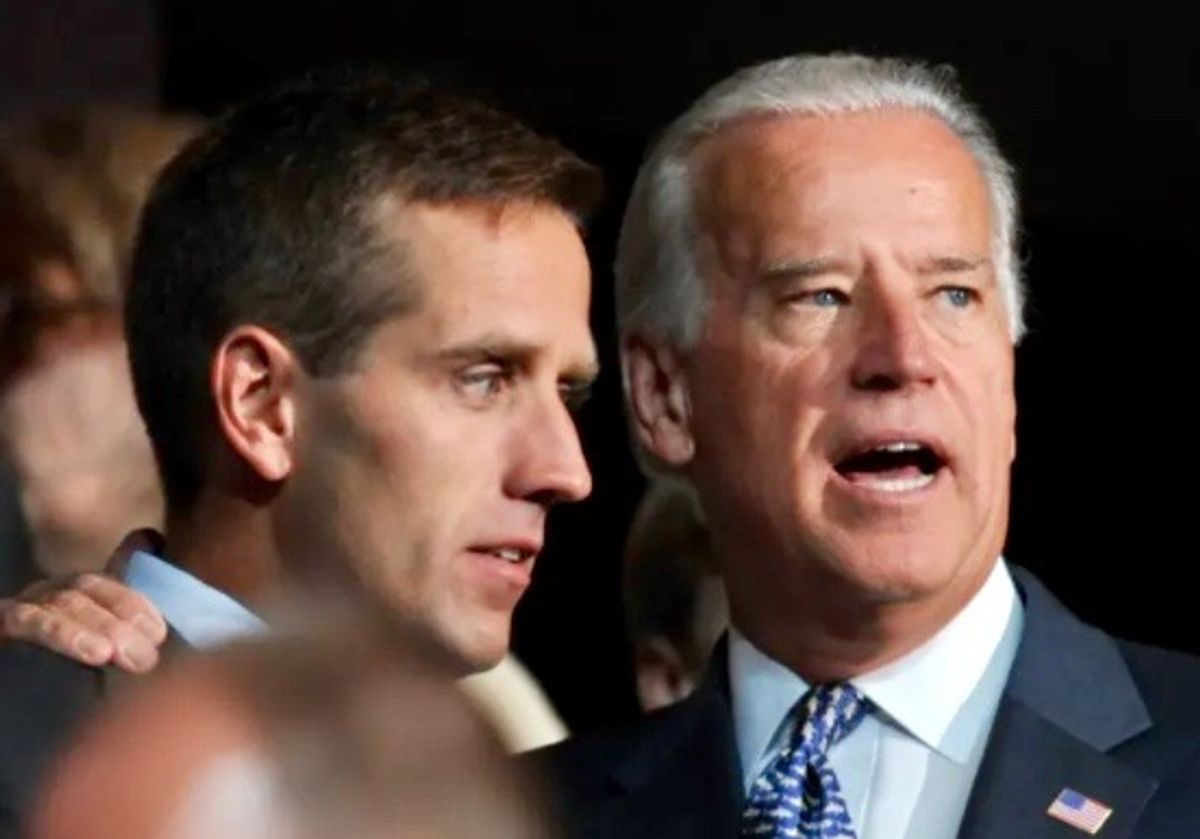 Delaware News Journal's Patricia Talorico was thinking about Beau too, remembering the time she was sitting at an event, frustrated about a story she had to write about politicians and campaigns. Beau wasn't in the Attorney General's office, she explained, noting he wasn't an official or a politician.

"I'm sure the despair showed in my face," she wrote. "Then I heard a friendly voice say, 'Hey, how are you? Are you OK?'"

It was Beau, holding out his hand with a smile and an introduction.

She remembered the day of the funeral in Wilmington when the then-vice president and Dr. Jill Biden stood for hours as floods of people walked through their family church to pay their respects after Beau died of brain cancer.

So, as Beau's father was about to be sworn in, Talorico said that she thought she'd drive by the cemetery and say a prayer for Beau at the church, which also happens to be her home church.

"I saw a lone man in a blue uniform kneeling at Beau's grave," she wrote. "No one else was around on this cold, windy afternoon except for a few people doing outside work at the cemetery. In my car, I had the radio tuned to CNN. Joe Biden was being sworn in as president and was about to begin his address."

She watched from afar as the uniformed man bowed his head and clasped his hands.

"The image brought tears to my eyes," she wrote. "I couldn't bring myself to interrupt this poignant, solemn moment. I took some photos from a distance, and pulled my car over to a nearby roadway. I listened to the end of Biden's speech and drove back to see if the man was still there. He was. And he was still kneeling, still had his head bowed."

She noted she could have gone to ask his name and information, but she left instead, allowing the man to spend the inauguration with the new president's son.

Read Talorico's full piece and see the photo below: