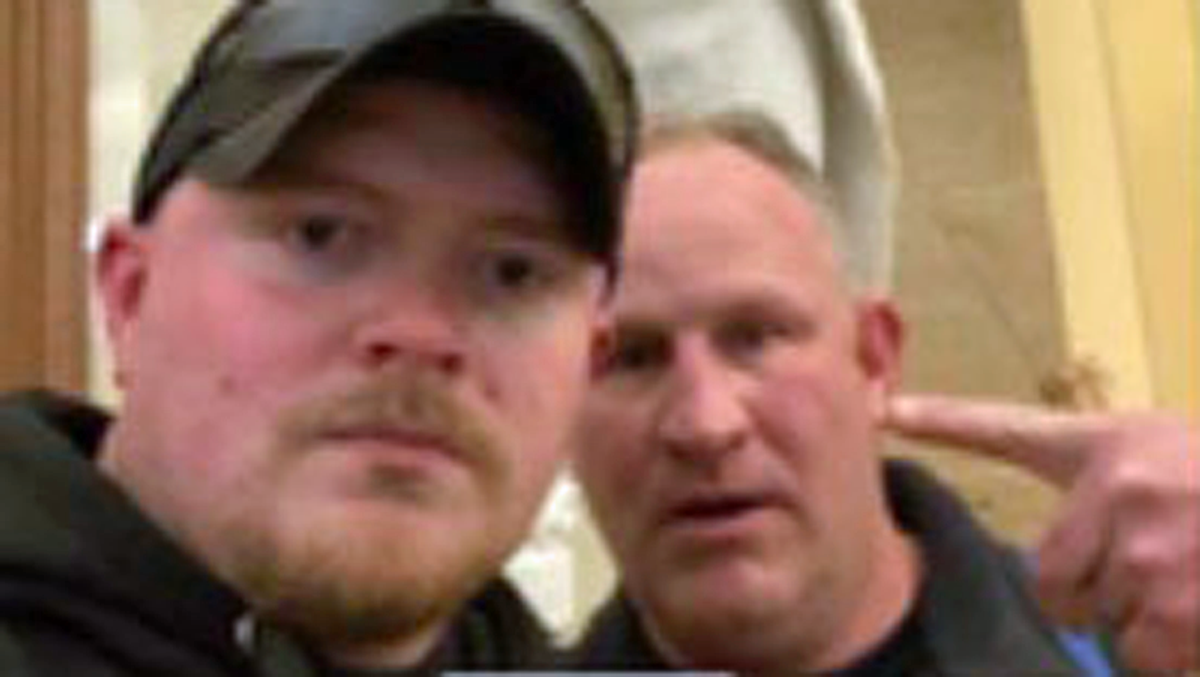 Federal officials continue to charge more individuals who were inside the Capitol during the fatal insurrection by supporters of Donald Trump seeking to reject the outcome of the 2020 election.

"Federal authorities have charged two Rocky Mount police officers with misdemeanors resulting from their presence inside the U.S. Capitol during the Jan. 6 riots, town officials said Wednesday in a statement. The town statement did not elaborate further as to what the charges are against Officer Jacob Fracker and Sgt. T.J. Robertson," The Roanoke Times reported Wednesday.

"A selfie that Fracker took inside the Capitol shows the officers standing in front of a statue of John Stark, a Revolutionary War officer from New Hampshire who is famed for having penned that state's motto, "Live free or die." Fracker is making an obscene gesture. Robertson is pointing at Fracker while holding a wooden object," the newspaper reported.

The officers are currently on paid administrative leave.

"Fracker is a K9 unit officer who joined the Rocky Mount Police Department in 2017. Robertson is his platoon sergeant. The town notified federal authorities that the off-duty duo were were inside the Capitol," the newspaper reported.