How did America reach the point where one party is openly rejecting the democratic process? 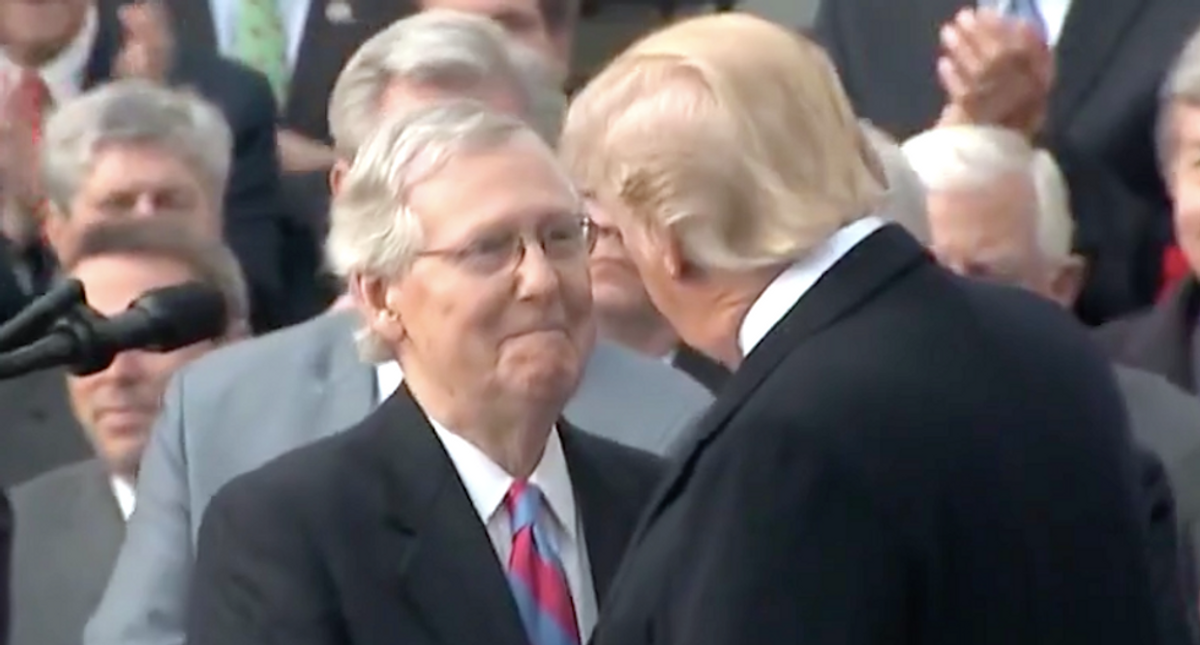 A Reuters/Ipsos poll released in April 2021 indicates that a majority of Republicans feel that the presidential election was stolen from Donald Trump. On January 6, when Congress convened to count and certify the electoral votes, 147 Republican members of the House of Representative voted against certification even after a mob had taken over the U.S. Capitol. This is unprecedented. Never before has a major political party rejected the results of a presidential election. What caused this phenomenon? When and how did forces come together resulting in an attack on democracy by a major political party?

American history is replete with presidential elections that could have been justifiably challenged. Many times results have been less than clear-cut and controversial. Before the 12th Amendment each elector would cast two votes. The candidate with the most votes became president and the runner-up vice-president. In the 1800 election, Jefferson and Burr, the Democratic Republicans, tied for first. It was left to the House of Representatives controlled by the Federalists to decide whether Jefferson or Burr would be president. They chose Jefferson, who was then accepted by all sides as our third president. Today it would be inconceivable for a Republican Congress to decide which Democrat is elected president. But that happened in 1800 as the Federalists accepted the Electoral College system as prescribed by the Founding Fathers.

In 1824, Andrew Jackson got the most popular votes but nobody won a majority of electoral votes. The House of Representatives then elected John Quincy Adams president with the support of failed candidate Henry Clay. Jacksonians complained of a "corrupt bargain," but Adams was accepted as president.

The 1860 election of Lincoln is the one time that democracy did not work. But Lincoln was rejected by a regional faction, not by the action of a national party. That is different from 2020 when the legitimacy of an elected president has been rejected by the leadership of a major national party.

The 1876 election became extremely complex and controversial. Samuel Tilden the Democrat outpolled Republican Rutherford B. Hayes. The vote count in three southern states (Florida, Louisiana and South Carolina) was disputed, with substantial evidence indicated that Democratic forces stole the election from the Republicans in the three disputed states. Hayes supporters in each state sent alternate slates of electors. The ongoing presence of federal troops in the South to enforce Reconstruction heightened the partisan stakes of the election, and no vote counting agreement could be made. With Congress unable to decide, a 15-member election commission was appointed, and awarded Hayes the presidency. The Democrats agreed on the condition that federal troops would be removed from the South. Tilden was disappointed but accepted the results. Ultimately, both parties accepted the election, though at great cost to Black southerners.

In 1960, Americans witnessed the closest presidential election of the 20th century as John Kennedy narrowly won over Richard Nixon in the popular and electoral votes, but with evidence of fraud in Illinois and Texas that could have changed the election in a recount. Vice President Nixon presided over the Congressional counting and certification of the electoral votes. Nixon declared that it was his "honor" to declare John Kennedy the new president.

In 2000, the close election came down to the state of Florida in the contest between Bush and Gore. The Florida Supreme Court authorized a hand recount of undervotes, which were ballots showing no presidential preference. Gore's lawyers contended that machines reading punch card ballots missed presidential votes. By a margin of one vote, the U.S. Supreme Court stopped the recount, awarding Bush Florida by 537 votes and the presidency. Gore conceded the election on the night of the Supreme Court ruling and a majority of Democrats accepted the results.

In 2016, Hillary Clinton won nearly three million more popular votes than Donald Trump, but Trump won the electoral vote majority. She conceded on election night. A majority of Democrats accepted the results with no credible attempt at a recount.

This history makes it clear that America has had controversial presidential election results that could have been contested but were largely accepted by both major parties and the losing candidate until 2020. How did this break in tradition happen? In the 1990s a more virulent partisanship arose. When Bill Clinton was elected, Senate Republican leader Bob Dole stated that Clinton, elected with only 43 percent of the vote, should have only limited power. Republican members of Congress began implying and even stating that Clinton is "not my president." After the Republicans took over both Houses of Congress in the 1994 elections, Clinton became the "inconsequential" president to them. This occurred as a media revolution was happening.

Talk radio in the 1990s gained an unprecedented power. A survey of Congressional staffers in 1994 indicated 46 percent credited Rush Limbaugh as their greatest influence. About 25 million Americans a day were tuning in to hear Limbaugh de-legitimize Clinton. From abortion to policies toward gays to healthcare issues, this man is un-American Limbaugh declared. To complete the media revolution, Fox News with no pretense of objectivity became the highest rated cable news network.

For eight years of George W. Bush's administration, virulent rhetoric about the presidency ceased. But then came Barack Obama and more de-legitimizing. On Obama's inauguration day, Republican lawmakers and strategists held a meeting to discuss ways to completely stop the Obama Administration. When Obama proposed healthcare reform, demonstrators carried signs with a racist caricature of the president to the U.S. Capitol. Republican Rep. Joe Wilson of South Carolina yelled, "You lie!" to the President as he addressed a joint session of Congress regarding his healthcare proposal. Wilson later apologized, but Limbaugh said that there was nothing to apologize for. As Obama campaigned for president, a birther/conspiracy movement arose claiming that he was not a natural-born American citizen.

With no proof, Donald Trump gained national attention as a birther in 2011. He went on to win the presidency in 2016 captivating those who had become virulent partisans. His base became the culture warriors, talk radio/cable news acolytes, and white racist tinged people. These people had been seeing a disrespect for the presidency become commonplace and acceptable since the early 1990s. When Trump created a cult of personality they were not only ready to join but they followed Trump in destruction of democracy. They still support the ex-president who is under criminal investigation.

In January 1965 after President Lyndon Johnson gave his State of the Union address outlining his Great Society, Republican House leader Gerald Ford said that his party also envisioned that kind of America, but disagreed as to the way it should be achieved. That was the respectful partisanship of its day toward a president. Due to a process of disrespect begun in the 1990s, that kind of partisanship is gone.