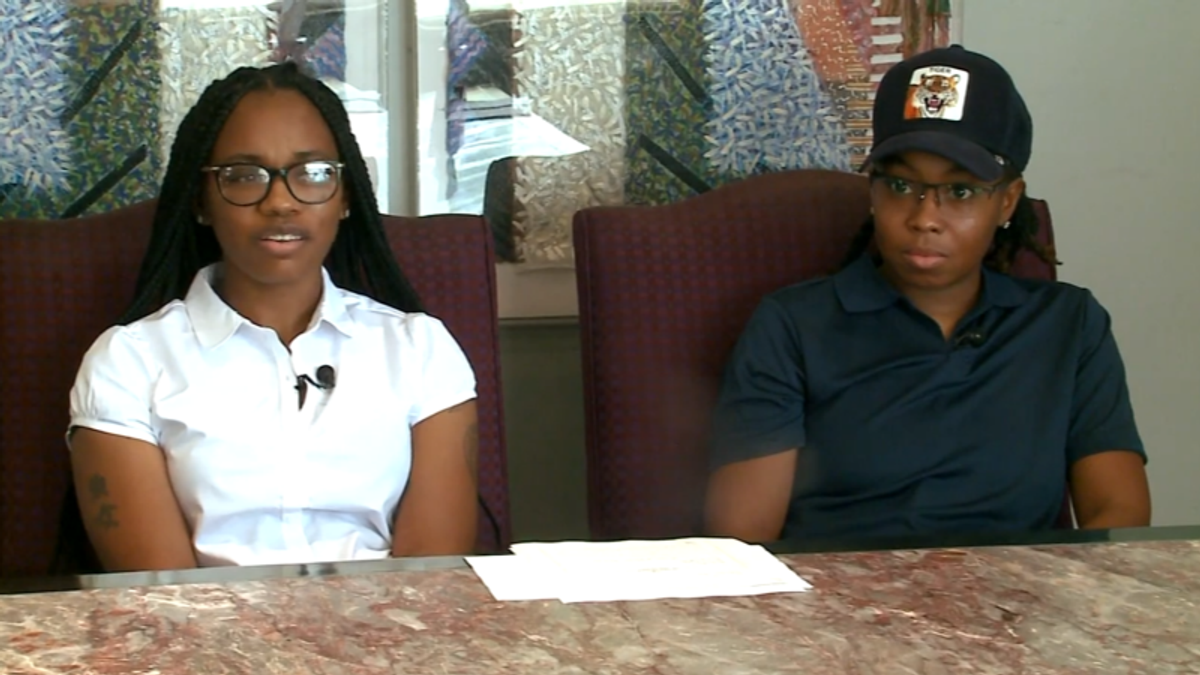 Jimmiecia and Camry Benit say they were discriminated against by a St. Charles Waffle House (KMOV4).

A Black couple is accusing a Waffle House in St. Charles, Missouri of racial discrimination after being forced to order out while white couples were allowed to dine in.

According to KMOV4, Jimmiecia Benit and her wife Camry were shocked when they were told that they would have to take their food to go.

"At first they thought nothing of it because of COVID-19 and thought the restaurant was following certain guidelines," writes KMOV 4. "They ordered the food and hung around to wait for their to-go order. But then, an older white man came in and was allowed to sit down. 'We are sitting there looking at each other like, 'you are going to let him sit down and a cup of coffee,' Camry Benit said."

Other white customers were allowed to sit down, at which point the Benits demanded an explanation from the restaurant.

According to the restaurant, they have conducted an "investigation" and found that while the Benits received "very poor customer service that was rendered by a very young, inexperienced and flustered server," the server also did allow other Black customers to be seated earlier in the evening.

Waffle House has been accused of racial discrimination in the past. In 2018, a Black woman in Pinson, Alabama alleged that Waffle House waitstaff told her the restaurant was closed — even as white patrons were visible still dining inside.