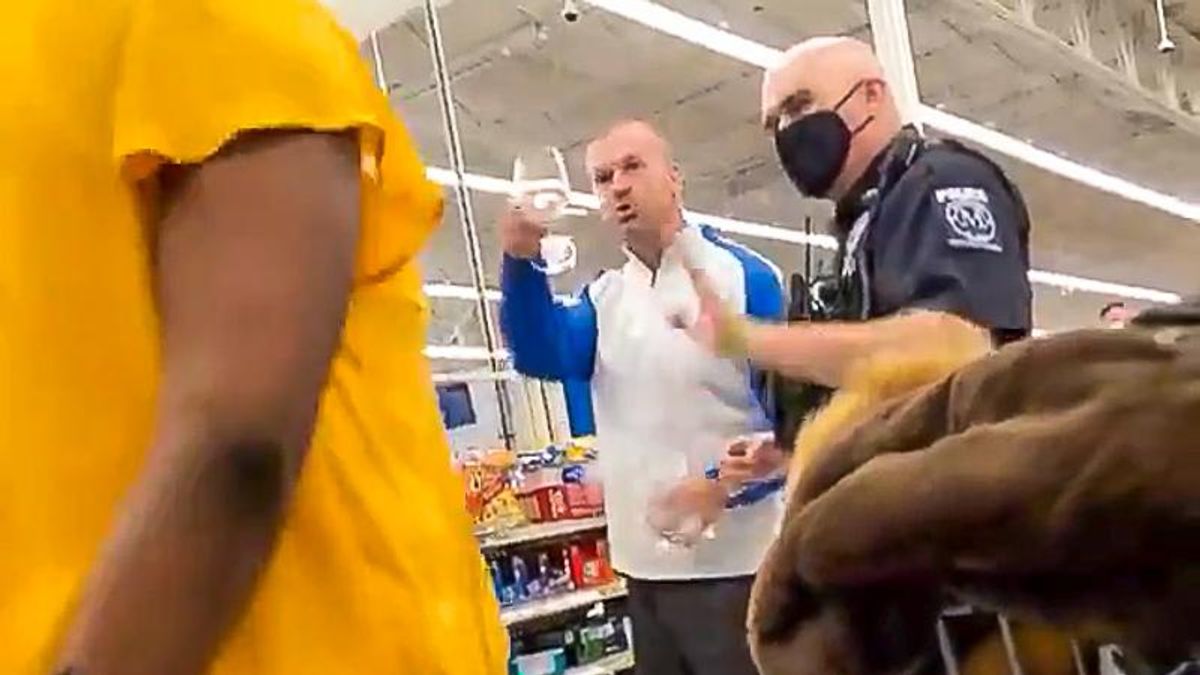 A man who refused to wear a protective face mask at a North Carolina Walmart has accused the store's manager of being racist against white people.

Video shared on Twitter by @davenewworld_2 shows the man arguing with police after he was asked to leave the store.

"Because I'm white, she asked me to leave the property," the man says.

"Knock it off!" one of the officers demands.

"Don't tell me to knock it off," the customer replies.

"Get out or you're going to jail," the officer advises.

After being told to put on a mask, the customer claims the order is "an unlawful mandate."

"I'm telling you, this is their property, they make the rules," the officer explains.

"You're not even wearing your mask right!" the customer exclaims. "I'm telling you, it's because I'm white!"

"You're racist!" the man yells at a Black woman who appears to be the store manager.

"Knock it off!" the officer commands.

"I'm not knocking anything off," the customer scoffs.

The manager then asks the man to leave the store again.

"Because I'm white, you're doing that," the man says as he's escorted from the building.