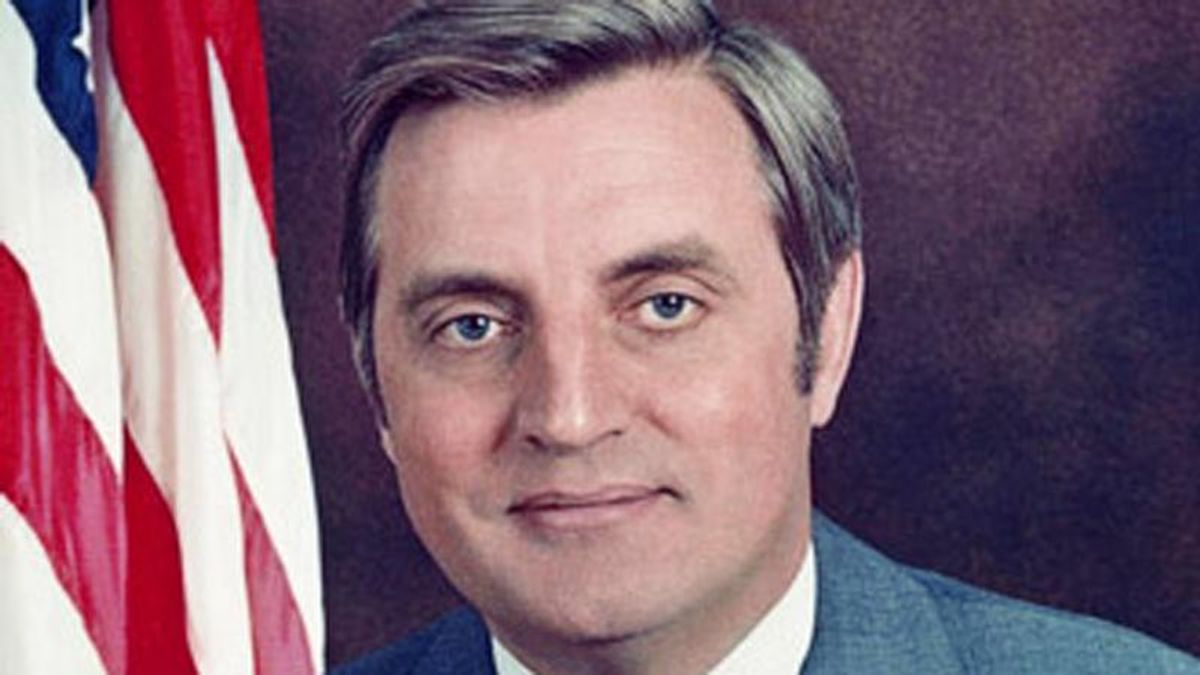 "Mondale followed the trail blazed by his political mentor, Hubert H. Humphrey, from Minnesota politics to the U.S. Senate and the vice presidency, serving under Jimmy Carter from 1977 to 1981," the AP reported. "His own try for the White House, in 1984, came at the zenith of Ronald Reagan's popularity. Mondale's selection of Rep. Geraldine Ferraro of New York as his running mate made him the first major-party presidential nominee to put a woman on the ticket, but his declaration that he would raise taxes helped define the race."

"In 2002, state and national Democrats looked to Mondale when Sen. Paul Wellstone, D-Minn., was killed in a plane crash less than two weeks before Election Day. Mondale agreed to stand in for Wellstone, and early polls showed him with a lead over the Republican candidate, Norm Coleman," the AP reminded. "But the 53-year-old Coleman, emphasizing his youth and vigor, out-hustled the then-74-year-old Mondale in an intense six-day campaign. Mondale was also hurt by a partisan memorial service for Wellstone, in which thousands of Democrats booed Republican politicians in attendance."