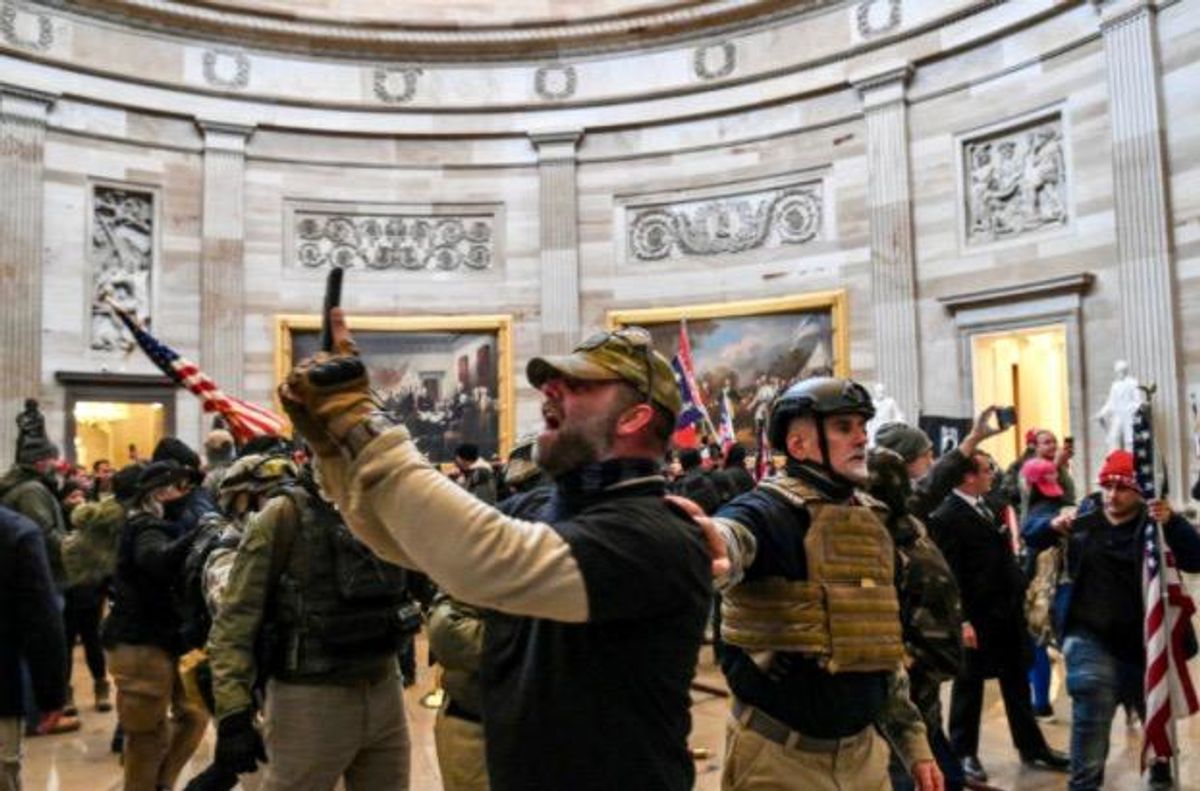 "In a 12-page report on Jan. 3, the intelligence unit for the congressional police force described how thousands of enraged protesters, egged on by Trump and flanked by white supremacists and extreme militia groups, were likely to stream into Washington armed for battle," Leonnig reported. "This time, the focus of their ire was members of Congress, the report said."

The report directly linked overturning the election results to the insurrection.

"Supporters of the current president see January 6, 2021, as the last opportunity to overturn the results of the presidential election," the memo read. "This sense of desperation and disappointment may lead to more of an incentive to become violent. Unlike previous post-election protests, the targets of the pro-Trump supporters are not necessarily the counter-protesters as they were previously, but rather Congress itself is the target on the 6th."

The news follows previous reporting that the FBI issued a dire warning the day before the attack.