Warnings of Trump-like insurrection ahead of Bolsonaro rallies in Brazil 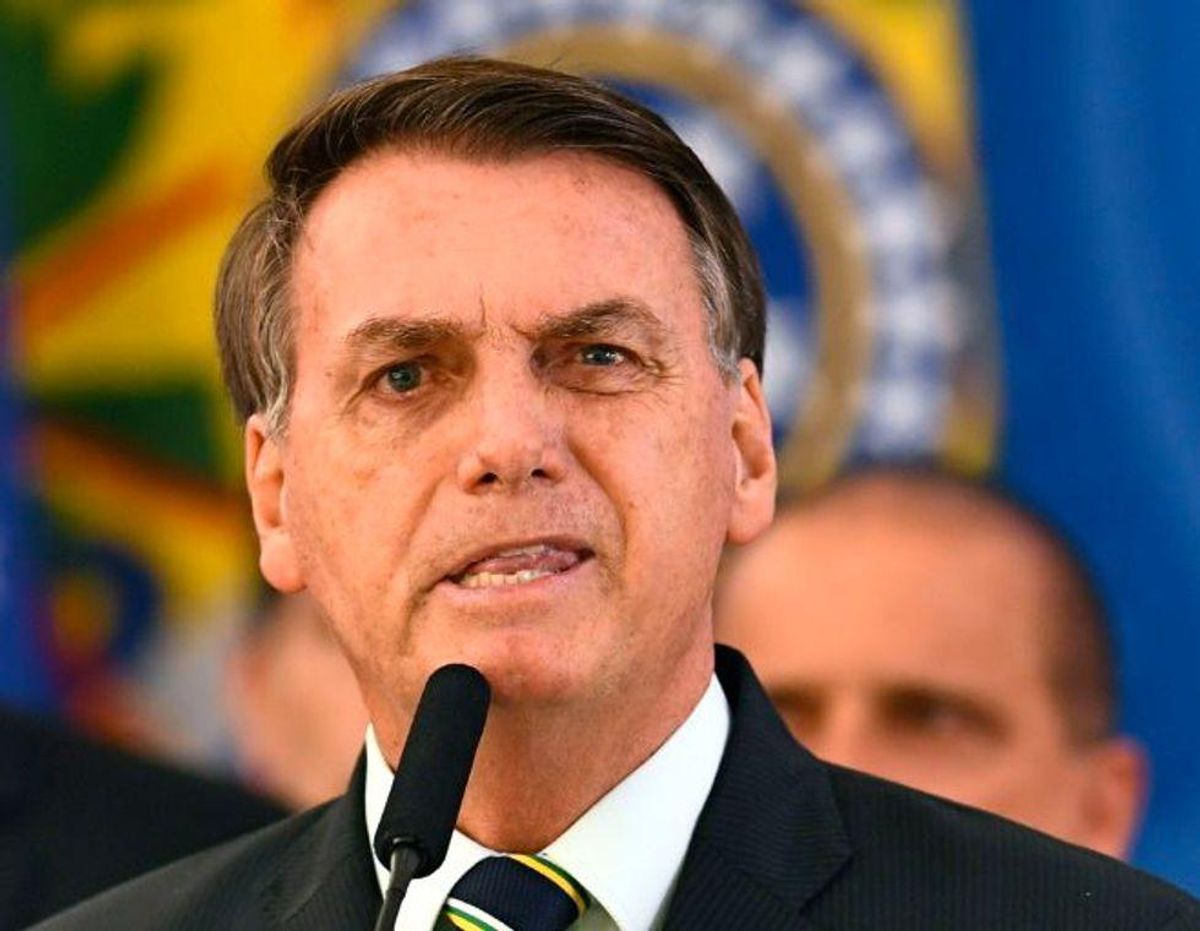 As supporters of Brazilian President Jair Bolsonaro prepare to take to the streets for orchestrated demonstrations Tuesday, warnings within the country and across the world are growing that the embattled right-wing leader is seeking to foment an insurrection or possibly a military coup with similar undertones to the January 6 attack on the U.S. Capitol incited by former President Donald Trump.

"We are gravely concerned about the imminent threat to Brazil's democratic institutions—and we stand vigilant to defend them ahead of 7 September and after."
—Open Letter

"Right now, President Jair Bolsonaro and his allies—including white supremacist groups, military police, and public officials at every level of government—are preparing a nation-wide march against the Supreme Court and Congress on 7 September, stoking fears of a coup in the world's third largest democracy," said over 150 lawmakers, academics, and former government officials in a joint statement issued Monday.

The signers noted that "Bolsonaro has escalated his attacks on Brazil's democratic institutions in recent weeks. On 10 August, he directed an unprecedented military parade through the capital city of Brasília, as his allies in Congress pushed sweeping reforms to the country's electoral system, widely considered to be one of the most trustworthy in the world. Bolsonaro and his government have threatened—several times — to cancel the 2022 presidential elections if Congress fails to approve these reforms."

Now, Bolsonaro is calling on his followers to travel to Brasília on 7 September in an act of intimidation of the country's democratic institutions. According to a message shared by the president on 21 August, the march is preparation for a "necessary counter-coup" against the Congress and the Supreme Court. The message claimed that Brazil's "communist constitution" has taken away Bolsonaro's power, and accused "the judiciary, the left, and a whole apparatus of hidden interests" of conspiring against him.

"Members of Congress in Brazil have warned that the 7 September mobilization has been modeled on the insurrection at the United States Capital on 6 January 2021, when then-President Donald Trump encouraged his supporters to 'stop the steal' with false claims of electoral fraud in the 2020 presidential elections," the letter states. "We are gravely concerned about the imminent threat to Brazil's democratic institutions—and we stand vigilant to defend them ahead of 7 September and after."

"The people of Brazil have struggled for decades to secure democracy from military rule," the progressives conclude. "Bolsonaro must not be permitted to rob them of it now."

Opposition lawmakers have previously warned that Bolsonaro is attempting to ape Trump's failed electoral subversion effort by making spurious claims that Brazil's electronic voting is susceptible to tampering, and that he would have won the 2018 election in the first round were it not for fraud.

Recent polls put Bolsonaro's approval rating at a historically low 23% as he faces a series of massive protests and calls for impeachment over his administration's mishandling of the Covid-19 pandemic, corruption scandals, a weakening economy, and accusations of genocide and ecocide for his exploitation of the Amazon and disregard for the nation's Indigenous people.

With Brazil's Independence Day observed on September 7, critics warn Bolsonaro is exploiting the national holiday to stir his base and further entrench hostility to the nation's democratic systems.

"The time has come to declare our independence for good, to say we will not allow some people in Brasilia to impose their will on us," the president said in a thinly veiled swipe at the Supreme Court and Congress during a speech to supporters last week. "The will that matters is yours."

He added: "If you want peace, get ready for war."

"Bolsonaro supporters are very reactionary, they're going to want to go to war. The president can't control it if there's violence. He's taking a calculated risk."
—Andre Rosa, political consultant

"Bolsonaristas think they are the only patriots, therefore, they are the only ones eligible to participate in September 7," wrote Zero. "They are the only 'green and yellows,' the rest are riffraff of another color. Those who oppose them—who disagree with them in any way—are not real Brazilians. They are traitors who should leave the country or, as the president candidly said, go to the 'end of the beach'—a dictatorship-era military euphemism for execution."

Graciele Marques dos Santos, a PT city councilwoman in Sinop, Mato Grosso state, told The Guardian that many of Bolsonaro's supporters consider him "a messenger of God."

"I think we could see tragedies. People here feel so angry," said dos Santos. "The head of our nation is someone who incites hatred and violence. It's awful, it's horrible."