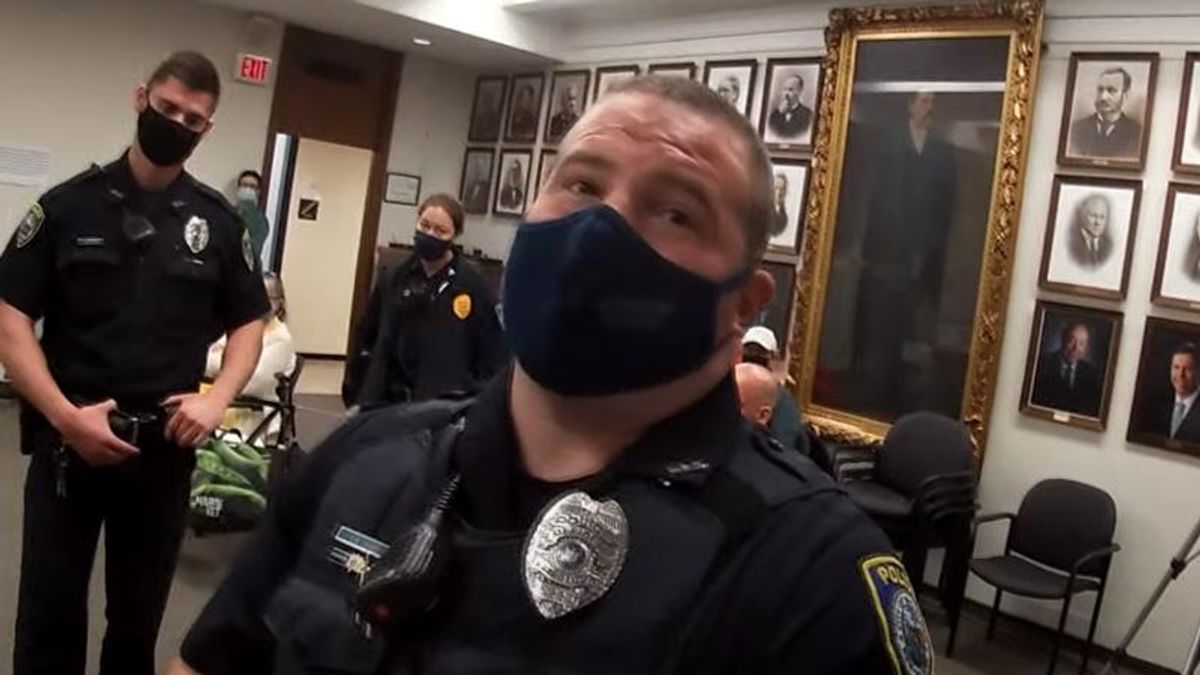 A New York man who opposes masks and thinks the Earth is flat was arrested by police after he spouted off his beliefs at a Watertown City Council meeting after repeatedly being asked to stop, NNY360 reports.

Donnie Lee Barrigar, 37, of 134 Union St., was warned more than once that he would be arrested if he continued his flat Earth rant. Police officers on the scene tried to get Barrigar to comply but were unsuccessful.

Police ultimately led Barrigar out in handcuffs and later charged him with trespassing.

According to NNY360, Barrigar's tirade was in the works for weeks.

"Two weeks ago, Mr. Barrigar went on a tirade that lasted about eight minutes that included accusing new City Councilman Leonard G. Spaziani of causing him to be 'red-tagged' at the Dulles State Office Building for allegedly removing the U.S. flag, turning it upside down and putting it back on the flag pole," NNY360 reports, adding that Barrigar was scheduled to go on trial last month for a separate incident where he was charged with criminal tampering for taking down the Gay Pride flag at City Hall.

On his "Donnie Lee for council" Facebook page, Barrigar frequently shares memes attacking the use of masks as a method to combat the COVID-19 pandemic. He was arrested last year after taking down an LGBT Pride flag that was flying outside Watertown's city hall.

Barrigar filmed the latest incident and uploaded the video to YouTube.