WATCH: LA cops rough up and arrest Black man who smiled at them -- while looking for white suspect 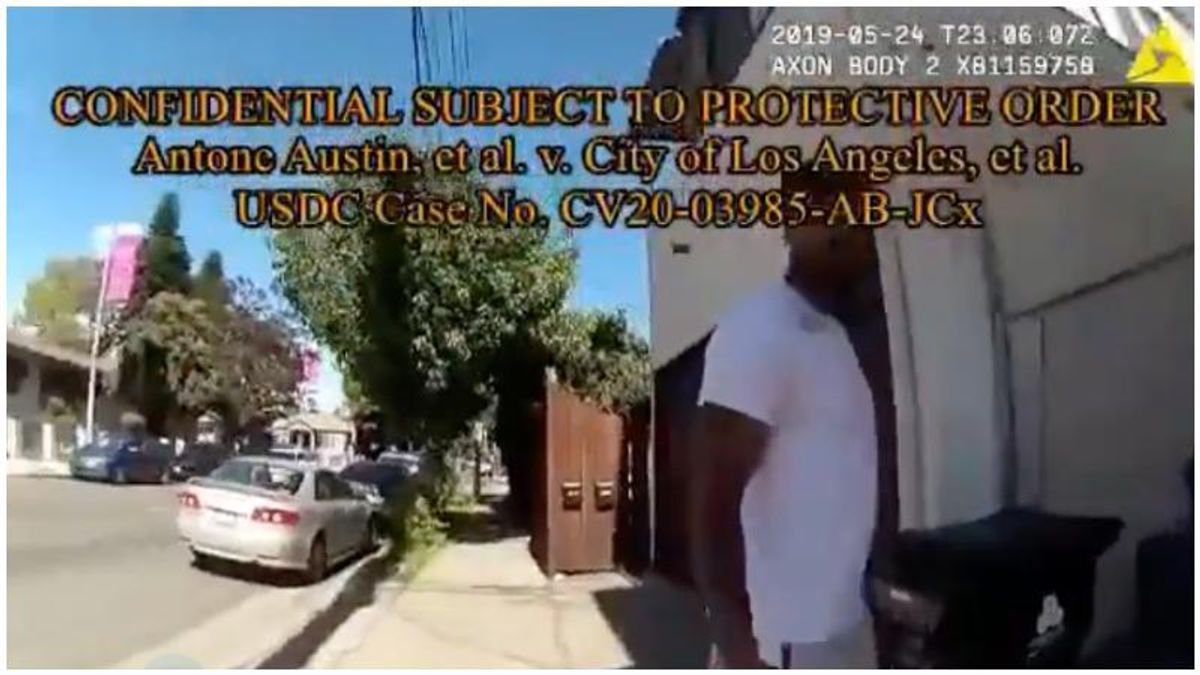 After responding to a call in which a domestic violence suspect was the white man, Los Angeles Police officers ended up arresting the neighbor of the suspect's girlfriend, who is Black, the Los Angeles Times reports.

A video taken during the incident was made public this Friday in response to a lawsuit alleging racial profiling and civil rights violations brought by music producer Antone Austin, also known as Tone Stackz. Austin and his girlfriend were arrested in 2019 for resisting arrest, despite Austin not being the suspect.

The Los Angeles City Attorney's office said in a court filing that it did not want the LAPD's video made public because it would "be contrary to LAPD policy and may have a chilling effect on future LAPD investigations," but U.S. Magistrate Jacqueline Chooljian disagreed and allowed the video to be released.

The officers spotted Austin as he was taking out his trash. "He smiles at the officers as they approach," the Los Angeles Times noted.

In the video, police pass Austin and one officer asks the other, "This dude?"

"Probably," says the other officer.

When the officers approach Austin and tell him to turn around, he asks why.

"Because I told you to," the officer replies.

When Austin tries to turn back toward the officers while protesting his innocence, a physical altercation ensues. Austin then begins to yell "Help" repeatedly.

Austin's girlfriend Michelle Michlewicz then tries to intervene as Austin struggles while the officers try to handcuff him.

"It is racial profiling. They had no description of the suspect — a completely blank slate," said attorney Faisal Gill, who represents both Austin and Michlewicz. "They literally saw the first Black man, and they arrested him."

Gill said that when the woman who called police told the officers Austin was not the suspect, they arrested him anyway.