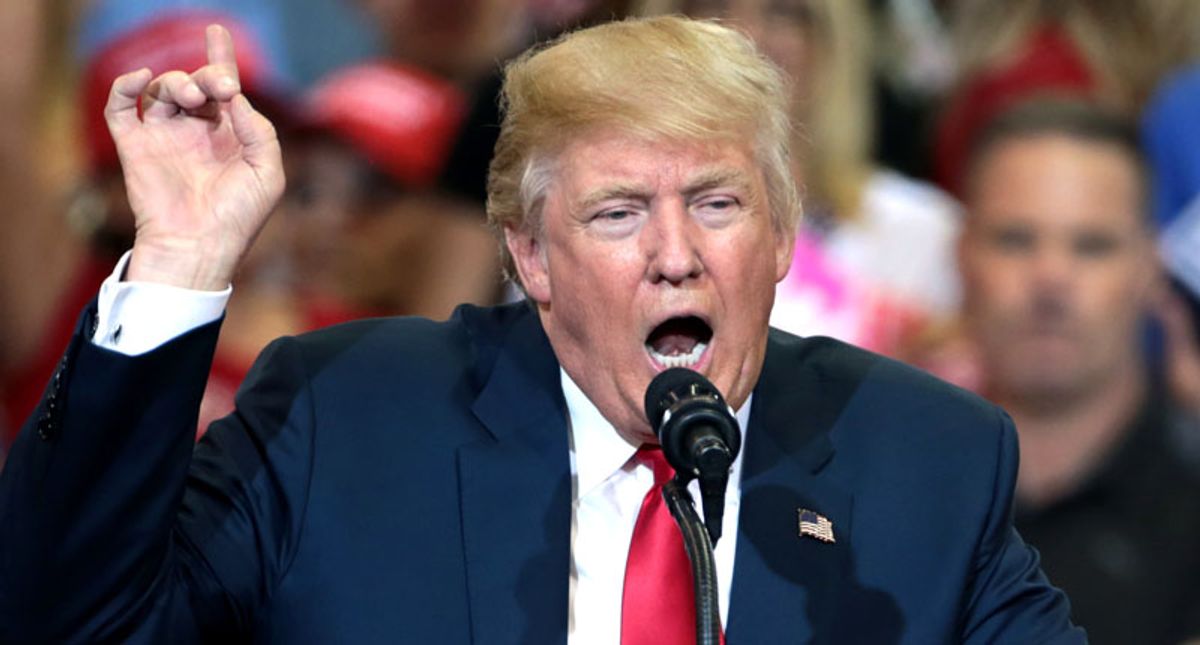 Forensic psychiatrist Bandy X. Lee spoke with Scientific American this week about the next steps for weaning supporters of Donald Trump off of the president's pathological manipulation.

In her recent book Profile of a Nation: Trump's Mind, America's Soul, Lee outlined a psychological assessment of Trump with his ardent followers and of the United States as it steps into a new era.

"Narcissistic symbiosis refers to the developmental wounds that make the leader-follower relationship magnetically attractive," Lee explained. "The leader, hungry for adulation to compensate for an inner lack of self-worth, projects grandiose omnipotence—while the followers, rendered needy by societal stress or developmental injury, yearn for a parental figure. When such wounded individuals are given positions of power, they arouse similar pathology in the population that creates a 'lock and key' relationship."

A shared psychosis, when it happens at the national level or "induced delusions—refers to the infectiousness of severe symptoms that goes beyond ordinary group psychology. When a highly symptomatic individual is placed in an influential position, the person's symptoms can spread through the population through emotional bonds, heightening existing pathologies and inducing delusions, paranoia and propensity for violence—even in previously healthy individuals. The treatment is removal of exposure."

Trump tends to promote violence and has throughout the past five years. He encouraged his supporters to attack protesters at his rally, saying he would pay their legal fees.

He went on to threaten Black Lives Matter protesters in 2015 who took over the stage at a Bernie Sanders event.

"That will never happen with me," Trump said at the time. "I don't know if I'll do the fighting myself or if other people will. But that was a disgrace. … I felt badly for him, but it showed that he's weak."

At one point Trump claimed, "I could stand in the middle of Fifth Avenue and shoot somebody and I wouldn't lose voters."

In Feb. 2016 told supporters to "knock the crap out of them" if they saw anyone throwing tomatoes at him. Later that month he said he wanted to punch a protester in the face. Then came the bullying of reporters and ultimately began calling the media "the enemy of the people" because he couldn't control them. The "Lock her Up" chants persisted and went mainstream.

Lee explained that the reasons behind Trump's violent rhetoric come from his mental pathology, where destructive behavior is part of the characteristic.

She wrote a textbook on violence, saying that such violence is a characteristic of when someone can't stop their impulses.

"Briefly, if one cannot have love, one resorts to respect," she explained. "And when respect is unavailable, one resorts to fear. Trump is now living through an intolerable loss of respect: rejection by a nation in his election defeat. Violence helps compensate for feelings of powerlessness, inadequacy and lack of real productivity."

That then appeals to a certain subset of his followers that have their own psychological injuries "from relative—not absolute—socioeconomic deprivation," she said.

"Yes, there is great injury, anger and redirectable energy for hatred, which Trump harnessed and stoked for his manipulation and use. The emotional bonds he has created facilitate shared psychosis at a massive scale," Lee explained. "It is a natural consequence of the conditions we have set up. For healing, I usually recommend three steps: (1) Removal of the offending agent (the influential person with severe symptoms). (2) Dismantling systems of thought control—common in advertising but now also heavily adopted by politics. And (3) fixing the socioeconomic conditions that give rise to poor collective mental health in the first place."

This presents a plan for dealing with Trump supporters. But given Trump's own desperate need to build a kind of "shadow presidency," it could cause even further problems for the country.

Read the rest of her interview at Scientific America.