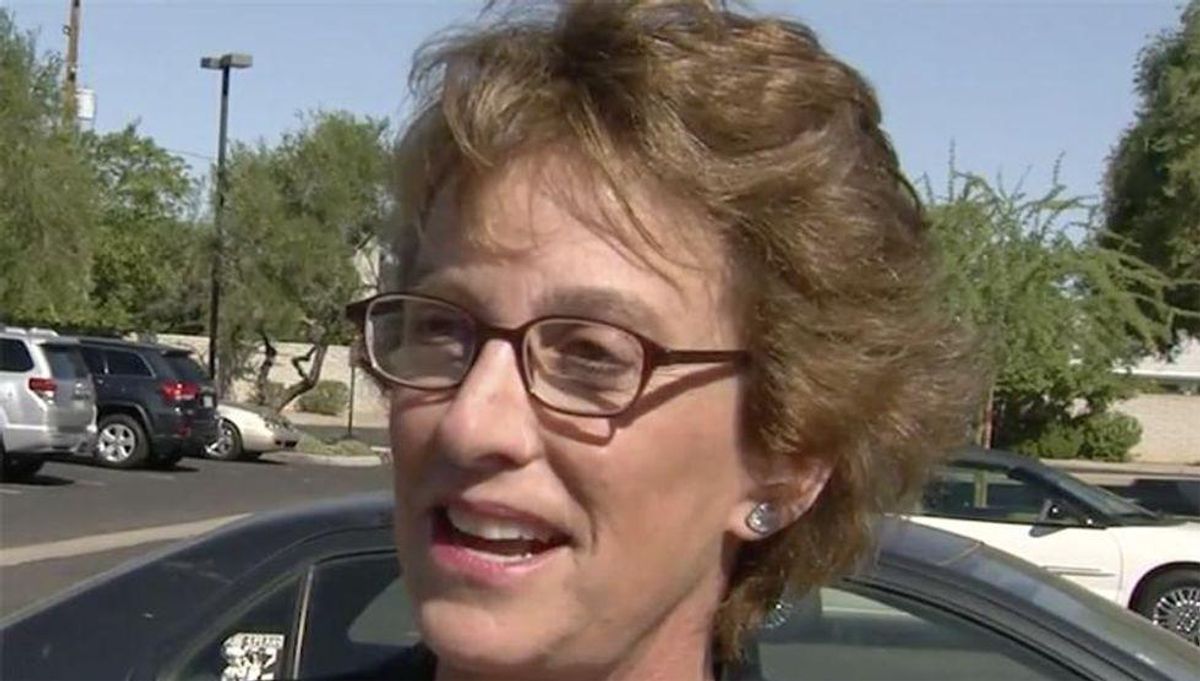 "I would like to know if we have enough solitary confinement cells in Arizona available for the entire Maricopa Board of Supervisors and the execs at the fraud machine company," she wrote. "We are going to need a lot."

In a followup tweet, Rogers mused about potentially charging the Maricopa County officials with "treason."

"Should stolen elections be considered treason?" she asked.

In fact, even though stealing an election is illegal, it is not treason because it does not involve giving aid and comfort to a foreign nation at war with the United States.

Additionally, the 2020 presidential election was not stolen and President Joe Biden was certified as the winner back in January.

I would like to know if we have enough solitary confinement cells in Arizona available for the entire Maricopa Boar… https://t.co/JYFLjQTbrU
— Wendy Rogers (@Wendy Rogers) 1627944043.0