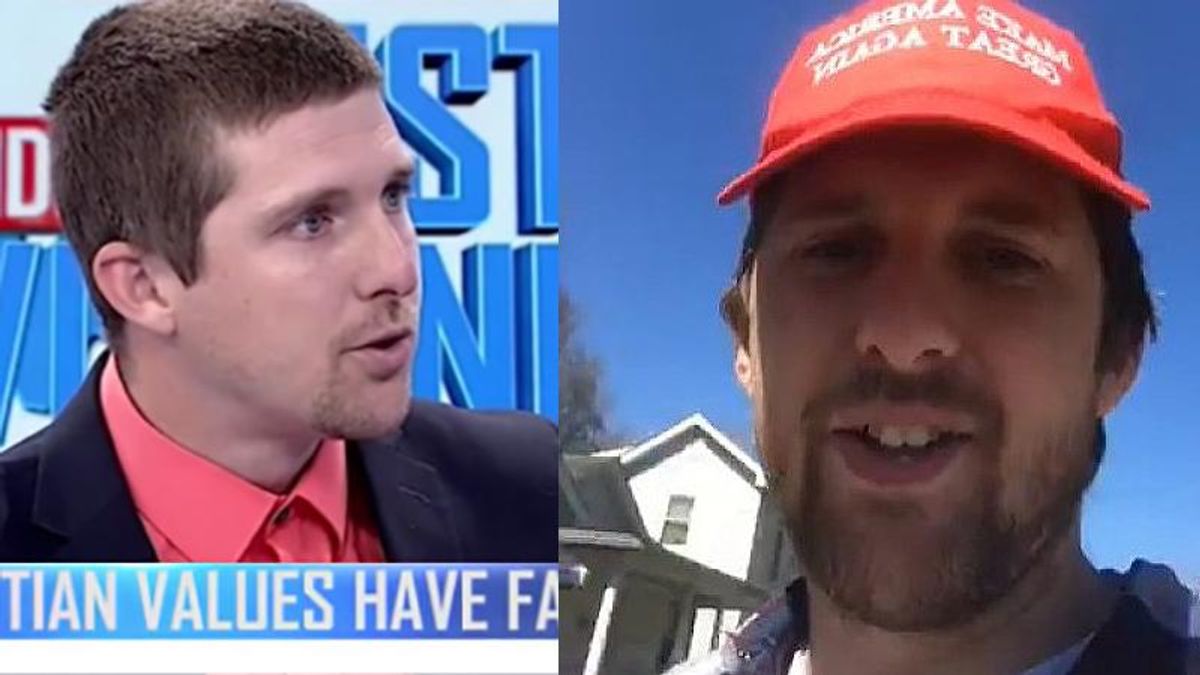 West Virginia's Derrick Evans, (R-Wayne) live-streamed his experience as part of President Donald Trump's mob attacking the U.S. Capitol Wednesday. Perhaps understanding what he did was a crime, he quickly deleted the video while he was inside the Capitol building.

According to WV Metro News, photos had already taken screenshots and videos of the original that can be used by U.S. Attorneys to prosecute Mr. Evans. In one video he moves the camera to see into the Capitol interior while making his way through the doors. "We're in! We're in! Derrick Evans is in the Capitol!" he shouts.

"I want to assure you all that I did not have any negative interactions with law enforcement nor did I participate in any destruction that may have occurred," was his statement.

See a portion of the video below: