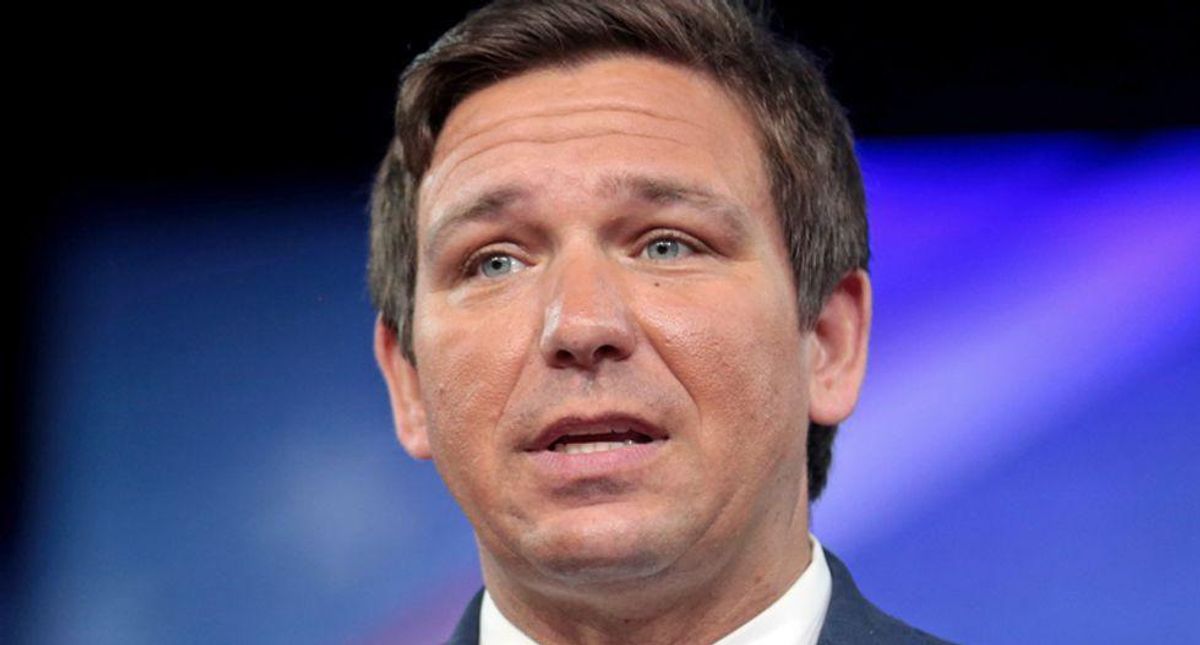 The headline takeaway from the annual Western Conservative Summit was that Florida Gov. Ron DeSantis polled slightly higher than Donald Trump at the annual conference of right-wing activists.

But the annual summit, launched in 2010 as part of the Tea Party movement, also provided a glimpse into what the attendees believe are the important issues of 2021 -- and what aren't. The same poll that had DeSantis and Trump receiving 74 and 71 percent, respectively, in an approval-voting question of survey attendees in Denver on the importance of 24 issues.

The conservatives ranked immigration, election integrity, religious freedom, federal budget/debt and gun rights at the top. All were listed as important issues by more than 70% of the respondents.

It was the opposite end of the spectrum, however, that painted the more revealing portrait of the group. Fewer than 10% said yes when asked if the following were important issues (ranked in order of least importance: LGBTQ, Diversity, Equity and Inclusion, climate change and COVID.

The next four least important issues -- all chosen by fewer than 20% of the conservatives were: Race/racism, police reform, marijuana/drug addiction and Medicare/Medicaid. Just missing that list -- with slightly more than 20 percent listing them as important, were Antifa/BLM and housing/homelessness.

The Western Conservative Summit reflects the thinking -- such that is -- of some of the right's most activist members. Even though it was capped at 500 attendees because of COVID, it has grown into the second-largest gathering of its kind behind the Conservative Political Action Conference (CPAC), drawing more than 2,000 attendees annually as far back as 2013. (CPAC will hold its annual conference July 9-11 in Dallas, with Trump listed as a confirmed speaker.)

The conservatives' disinterest in climate change, COVID and police reform is not unexpected -- but telling nonetheless -- especially in contrast to their intense interest in red-meat issues such as immigration and the Big Lie. But it was the dead-last ranking of LGBTQ issues in the survey that might be the most revealing item as to how the world of the far right has changed in recent years.

As recently as 2015, the top-headline news item surrounding the summit was outrage over the landmark U.S. Supreme Court ruling upholding gay marriage. The summit garnered attention that year for banning participation by the Log Cabin Republicans, a group advocating for LGBTQ rights within the Republican Party.

Just six years ago, bashing gay marriage was the most vocal priority of the summit. Former Gov. Mike Huckabee said the court "tried to unwrite the laws of nature and the laws of nature's God." Former Sen. Rick Santorum called it "a decision based on a lie" and said, "my heart aches tonight because the family unit has been further assaulted." He drew a standing ovation.

Six years later, more than 70 percent of Americans favor gay marriage and it's the issue that the fewest number of summit attendees consider important.