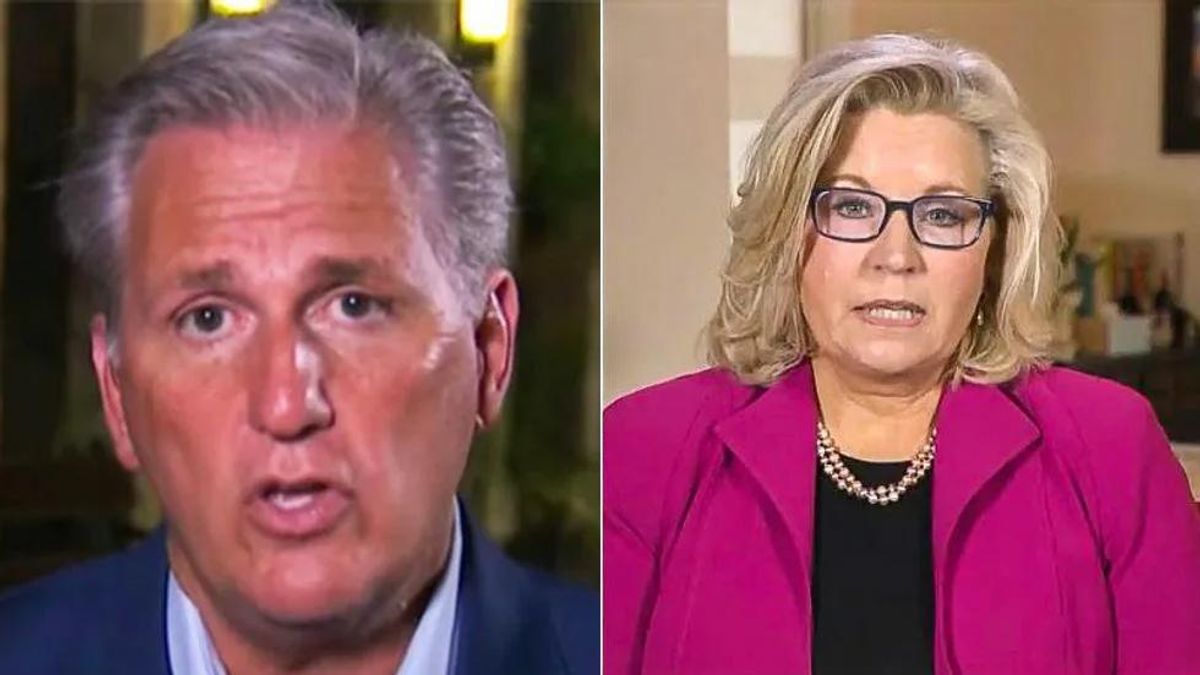 According to Jolly, the reason that McCarthy and other Republicans want to block any Jan. 6 Commission is that it might expose their involvement or coordination.

"Now Kevin does not want it to go forward it's because we know the focus will be on the culpability of Republican behavior, not just Donald Trump's behavior but Republican behavior going into Jan. 6th," Jolly explained. "The luscious irony in all of this is just as Kevin's handling of the Benghazi commission, some would argue derailed his ascension to the speakership. When he went on Fox News and said this was all about taking down Hillary Clinton, it wasn't about Benghazi. Just as that derailed his speakership, a Jan. 6th Commission could derail it at the speakership as well. It could focus on what he knows about the events. When Liz Cheney says he should testify, it's not just because she wants to get to the truth. She's said that McCarthy won't be Speaker. Which tells me that Liz Cheney knows that Kevin McCarthy knows something that is so damning it would undo his ascension to the speakership should he go under oath before a Jan. 6th Commission."

Republicans are desperately trying to make the Jan. 6 attack on the U.S. Capitol the same as burning the Wendy's a year earlier during protests after another shooting of an unarmed person of color.

"This is what makes this so insane, I don't know why the Democrats are even bothering to try and make it a bipartisan commission at this point," Dr. Jason Johnson explained. "The Republicans know that many of them are potentially complicit in not standing up when this was happening or obfuscating people who might have been involved."

He cited Rep. Mikie Sherrill (D-NJ), who indicated that she witnessed Republican officials giving tours to people she later saw at the insurrection.

"The Republican Party doesn't want a real investigation," he explained. "This is like the Empire saying, 'OK, you got the Death Star, we don't have to do the whole investigation into Darth Vader. We don't have to talk about that' You can't go forward. The country can't go forward unless we have an investigation. Because I promise you, whoever was responsible for this and the people in Congress who were responsible for this, will try again at some point. I think the Democrats just need to go it alone and forget about getting Republicans involved."

If you don't investigate Republicans complicit in Jan. 6 they will try again: MSNBC panel www.youtube.com