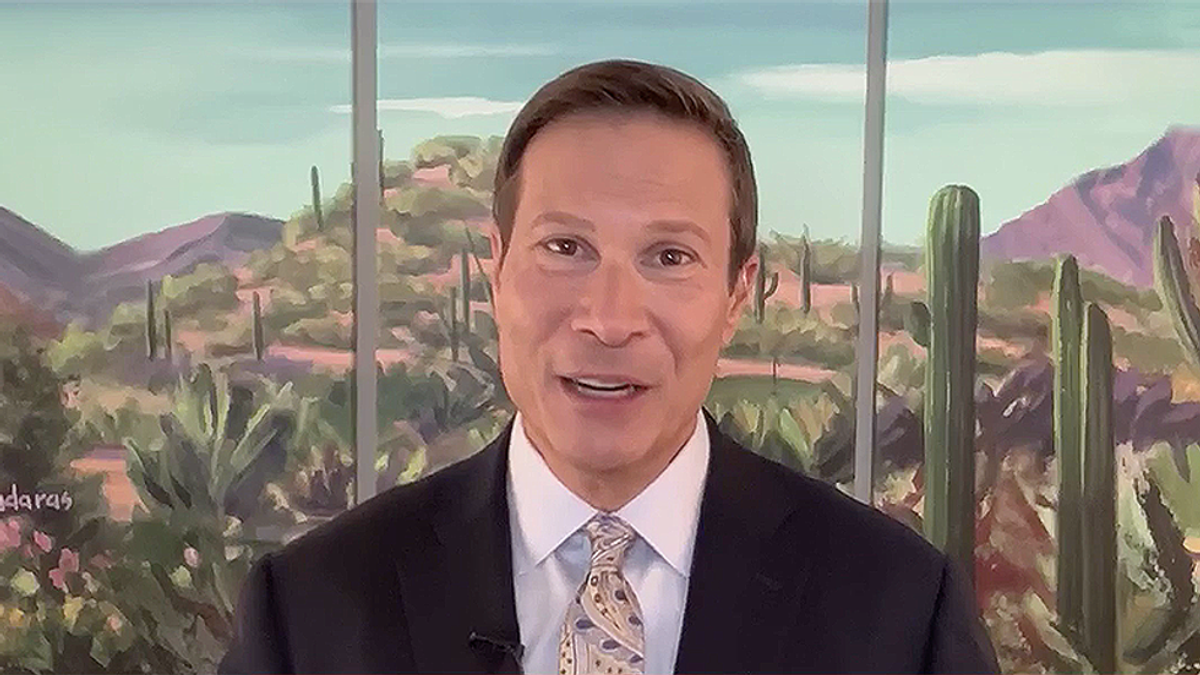 Figliuzzi explained that he spent the weekend on the phone with those who ran leak investigations in an effort to conclude what would explain all of the spying that "didn't involve a compete trampling of existing rules and regulations at DOJ."

The best thing they could come up with, he said, is a scenario in which an overly aggressive approach was taken to root out the leak and they completely forgot the rules. SIMs, the Sensitive Investigative Matters.

"SIMs require much higher level approval for such things," he explained. "Certainly investigations involving Congress would do that. The White House counsel would do that. What does that mean? It means you'd go up to the general counsel of the FBI. You'd possibly involve the deputy director of the FBI. You certainly would involve an assistant attorney general or even the DAG [deputy attorney general], or the A.G. himself on something like this. So, on the worst-case scenario that we could come up with, is that this was indeed reflective of a blacklist going after the president's enemies."

He went on to say that it doesn't sound plausible that former Attorneys General Bill Barr and Jeff Sessions, nor DAG Rod Rosenstein would dismiss it as something they don't remember.

"It doesn't jive with the nature of these, and then the scenario I keep seeing kicked around in the press which is, well, here's the inadvertent scenario: a staffer is under investigation. They grab the staffer's records via subpoena. He's called 72 people, and then they start going through and collecting metadata on each of those people. Here's the problem with that; at the point -- first of all, the way it's supposed to work in a normal administration is you go, 'Time out! We're investigating a staffer, he's probably calling members of Congress, so let's use our own directories in the FBI. Anybody seen these California phone numbers? Oh, yes, there's Swalwell and Schiff's phone numbers. Stop what you're doing.' That's not a leak."

He explained that any staffer calling his own member of the committee isn't a leak. It's their day job. At that point, he said that they would have lost their predication.

It means that nothing that Barr, Sessions or Rosenstein are saying makes sense.

Host Nicolle Wallace noted that it wasn't the same as Trump trying to suck up to Vladimir Putin. The information, in this case, is "knowable," and there are staffers at the Justice Department who can answer the questions about this spying and the renewed gag orders.

Bash explained that the DOJ is probably at work on it, but that it's going to take a few days to uncover. Even if those prosecutors who fought to renew the gag order didn't do anything wrong, there's still a question about what they were told.

"If I were the deputy attorney general or I were the inspector general or I were a congressional overseer that I would be asking on a nonpartisan basis is, was this witness intimidation?" Bash asked. "Was this an effort by Donald Trump to intimidate Don McGahn, his own counsel, because Don McGahn was potentially a witness against him in the impeachment matter? In the matter of whether or not the president of the United States engaged in obstruction of justice. I mean, as we know from the Mueller report, Don McGahn was asked to do things like fire Robert Mueller, impede the investigation on multiple fronts, and Don McGahn said, 'No,' and it obviously cost Don McGahn, in terms of his relationship with the president, and ultimately he departed."

He went on to say that he thinks the ultimate information the public must learn is if the subpoenaing of the records was witness intimidation in the Mueller case.