The Conversation
Epilepsy is characterized by spontaneous and recurrent seizures, often triggered by stress or visual stimuli. (Shutterstock)

Whether we are talking about an ecosystem, society or the brain, how does this diversity relate to the functioning and stability of a complex system?

As neuroscientists, our interdisciplinary research and clinical work has drawn us to the incredible complexity and richness of the human brain and natural systems. We seek not only to better understand how the brain’s circuitry works, but also to develop new treatments for neurological diseases such as epilepsy.

First developed by Darwin, the idea that diversity leads to stability and survival has been debated by scientists from many disciplines for over a century. The ability of natural systems to resist change is a characteristic known as resilience. This fundamental characteristic emerges from interactions between members of the same system — such as species in an ecosystem, individuals in a group or cells in an organism — and enables it to maintain its functions over time.

Resilience is tested by change. Some ecosystems can adapt to the extinction of specific species or to drought. Some virtual communities or social networks can withstand cyberattacks. Some organizations can continue to operate in the wake of conflict, war, political revolution or … pandemic.

In light of these common examples — and many others related to the social or natural sciences — it is now more important than ever to understand the role played by diversity in maintaining the resilience of complex systems.

What if clues to the answer lie in the circuits of the brain, specifically in a brain with epilepsy?

Tipping over in an electrical storm

For several years, our interdisciplinary team has been studying epilepsy, the most common severe neurological disorder. Epilepsy is characterized primarily by the apparently spontaneous and recurrent occurrence of seizures, often triggered by stress or visual stimuli (such as flashing lights or specific images). Recent research has also shown that the frequency of these seizures can vary with the time of day or month, depending on the individual’s sleep-wake cycle, for example. 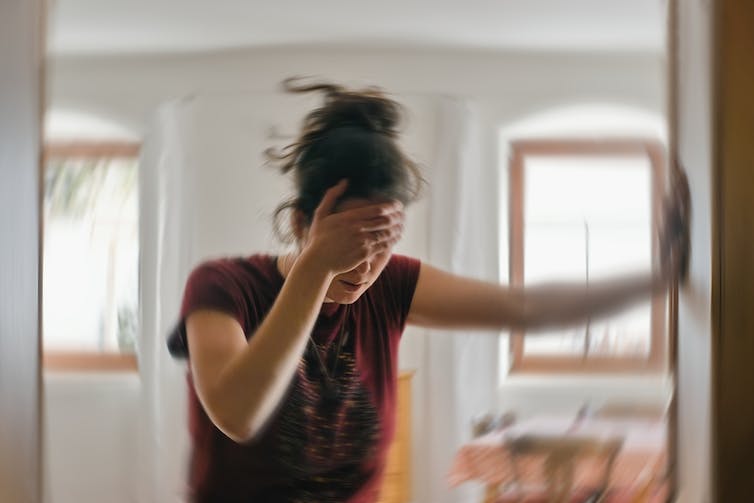 Epilepsy is the most common serious neurological disorder.

In this light, a brain with epilepsy can be seen as fragile and not resilient, regularly tipping into an electrical storm. Thus, rather than adapting normally to changes, neurons become disproportionately active and synchronous, and the resulting intense electrical activity spreads, disrupting brain function.

Because of the significant impact of these seizures on patients and their families, our team has been relentlessly studying the circuits responsible for triggering them and exploring ways to prevent them.

What does diversity have to do with epilepsy? Our team recently measured the activity of neurons in people with epilepsy. We found that neurons in the brain regions responsible for triggering seizures were much less diverse than those in regions not responsible for seizures. These neurons were strangely similar to each other, showing highly similar characteristics and responses.

Could this lack of diversity explain why seizure-prone brains are less resilient?

Mathematical models to the rescue

To answer this complex question, we turned to mathematics. What if, through mathematical models of brain circuitry, we could understand how neural diversity (or the lack thereof) predicts seizure resilience? Could we determine whether neuronal diversity promotes resilience in the brain?

Using our equations, we found that when diversity was too low, seizure-like activity would spontaneously emerge: the activity of the neurons would become vulnerable to sudden change in synchrony, reminiscent of what we observe during seizures. These results are unequivocal: low diversity made these neuronal circuits fragile, poorly resilient and unable to maintain the type of activity required to preserve brain function.

What do these result mean? They provide key insights about the role played by different types of neurons in maintaining brain function.

These results are helping us look at neurological diseases such as epilepsy differently than we did before, potentially opening up new avenues on how to treat them. Our approach of using interdisciplinary methods and mathematics allows us to go further and understand better how diversity increases resilience, providing invaluable cues and answering hard questions such as: Is there an optimal level of diversity? What are the different types of diversities and do they all promote stability equally? Could we enhance resilience by promoting neuronal diversity through targeted therapeutic interventions?

Most importantly, our results also provide a powerful reminder of the primordial role diversity plays in the robustness of systems in the face of change: which holds true not only for neurons and circuits, but for humans and collectives as well. Variety truly is the spice of life.