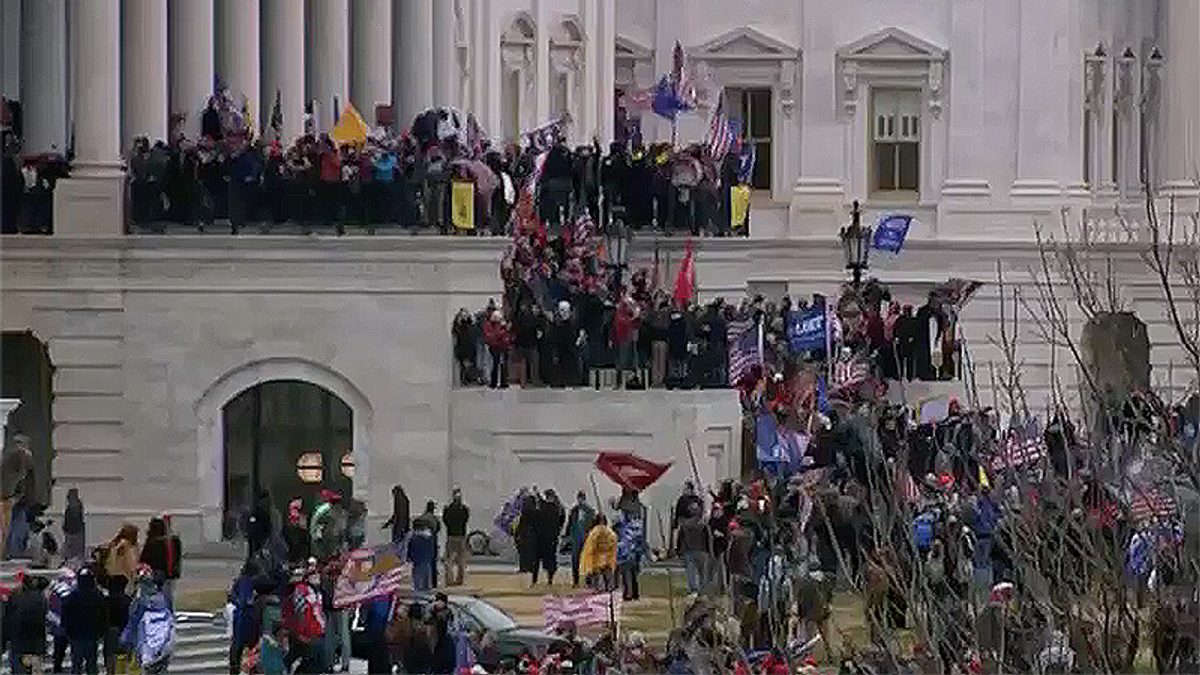 President Donald Trump's supporters on Wednesday broke down three barriers to breach the U.S. Capitol complex, climbed up the building, broke through a line of police, and made their way into the Congressional chamber.

It is clear from videos that the Capitol Police have been overwhelmed by the thousands of Trump supporters and are unable to handle the situation. DC Mayor Muriel Bowser had already asked for the National Guard to help with security for the protests. So when the Capitol was stormed, it prompted many to ask where the Guard was.

CNN reported that an officer radioed in reporting "officer in distress" and begging for back up.

Washington Post reporter Aaron Davis reported that a source said "the Defense Department has just denied a request by DC officials to deploy the National Guard to the US Capitol."

Before the siege on the Capitol, Trump told his supporters that they have to be strong and continue to fight.

BREAKING: A source tells me The Defense Department has just denied a request by DC officials to deploy the National Guard to the US Capitol.
— Aaron C. Davis (@Aaron C. Davis)1609962905.0

See the video below of the MSNBC report: