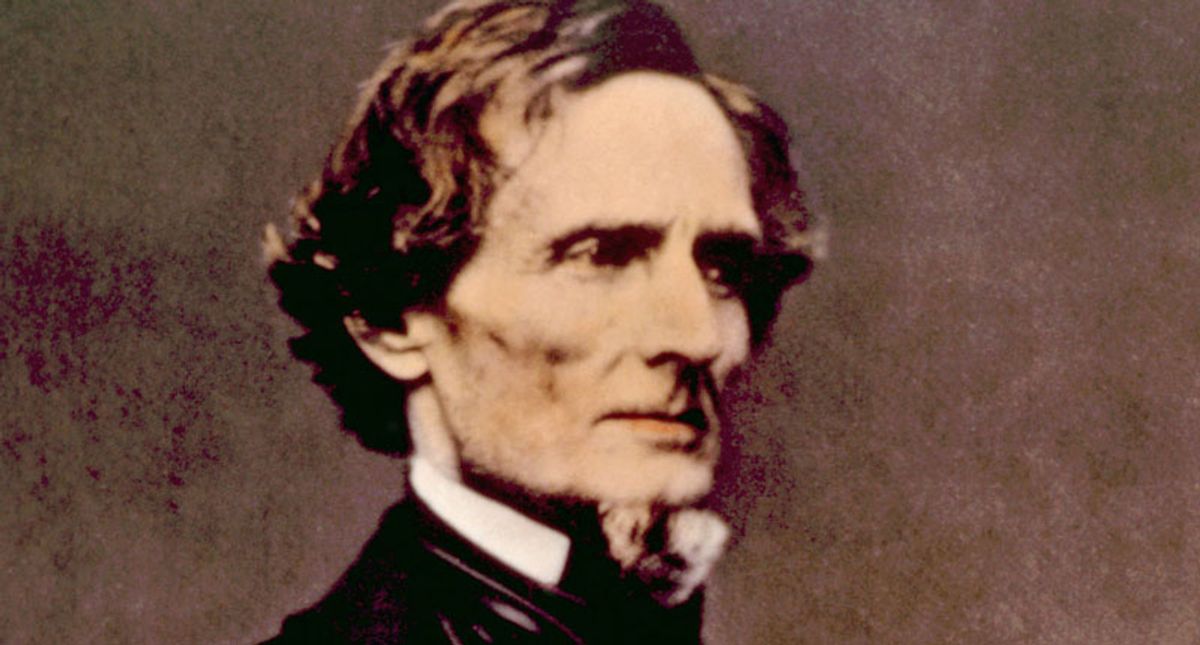 On Monday, the Montgomery Advertiser reported that a group calling itself "White Lies Matter" has stolen a $500,000 monument to Confederate President Jefferson Davis from Old Live Oak Cemetery in Selma, Alabama, and is holding it for ransom.

The monument is an ornate stone chair — and the group is warning that unless their demands are met, they will convert the chair into a toilet.

An organization calling itself "White Lies Matter" has stolen a Confederate monument and is holding it for ransom.… https://t.co/K5ikaiG0VJ
— Kevin M. Levin (@Kevin M. Levin)1617654502.0

"Instead of cash ... the group has asked the United Daughters of the Confederacy to hang a banner outside their headquarters in Virginia for 24 hours, beginning April 9 at 1 p.m., with a quote from Assata Shakur. April 9 is the 156th anniversary of Robert E. Lee's surrender in Appomattox, Virginia," reported Kirsten Fiscus and Marty Roney.

"Shakur was a former member of the Black Liberation Army, convicted of murder in 1977, escaped prison in 1979 and remains free despite being wanted by the FBI after she was granted political asylum in Cuba," continued the report. The quote in question that they want to be displayed is, "The rulers of this country have always considered their property more important than our lives."

"Failure to do so will result in the monument, an ornate stone chair, immediately being turned into a toilet," said the group's email, as reported by AL.com. "If they do display the banner, not only will we return the chair intact, but we will clean it to boot."

In recent years, there has been a redoubled effort to remove Confederate monuments around the country, most of which were erected as a display of white supremacy and intimidation during periods of civil rights upheaval. One of the most contentious is a Robert E. Lee statue in Charlottesville, Virginia that led to the neo-Nazi riots in the city in 2017. A state judge has now ruled that monument can be removed.