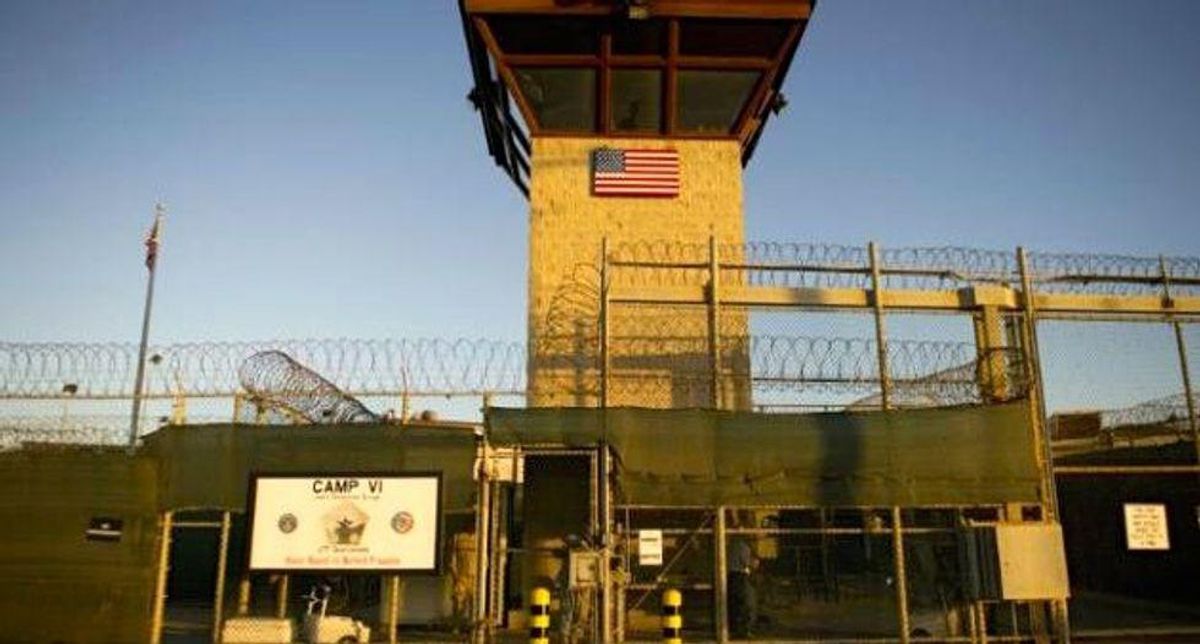 The approved release of three detainees locked up in Guantanamo Bay, Cuba for nearly two decades has raised expectations that President Joe Biden might try to close the notorious US military prison.

A high-level review board on May 17 signed off on the release of the oldest of the 40 so-called detainees still at Guantanamo, 73-year-old Pakistani businessman Saifullah Paracha, as well as two others.

Despite being arrested and secretly rendered to the US military prison on the Caribbean island between 2001 and 2003, the three were never charged -- like most of the others still there.

Tarred by accusations of extra-legal imprisonment, denial of rights and torture, Guantanamo has been a human rights shame for Washington since it was opened in January 2002 as a "War on Terror" prison for people suspected of connections to the September 11, 2001 attacks by Al-Qaeda.

Within a few years the United States had seized around 780 people, most on slim evidence of Al-Qaeda ties, and taken them to Guantanamo as war prisoners. Many underwent torture in secret CIA locations before their transfer to the prison.

Only a dozen have been shown to have strong connections to 9/11 or other attacks.

Biden was vice president when then president Barack Obama ordered the prison closed two days after taking office in 2009, with the idea that those tied to 9/11 would be tried in US civilian courts.

But the idea was deeply unpopular and Congress blocked it.

Instead Obama over eight years quietly freed hundreds of prisoners after the Guantanamo Periodic Review Board (PRB) cleared them.

That process ground to a halt when Donald Trump took office in 2017.

Now, President Biden has inherited an expensive, legally dubious and, for many, embarrassing camp still holding 40 men that could outlast the two-decade war in Afghanistan sparked by 9/11.

Asked in April if Biden will close the base, White House Press Secretary Jen Psaki replied that he "remains committed" to doing so.

"I feel confident that the Biden administration is going forward to clear out Guantanamo to the extent that is possible," said Shelby Sullivan-Bennis, attorney for Paracha after he was cleared for release.

"President Biden cannot have true credibility advocating for other countries to respect human rights if he does not prioritize closing Guantanamo," said Daphne Eviatar of Amnesty International.

Of the 40 men still there, nine have been cleared for release. Six cleared under Obama saw their transfers frozen by Trump.

Twelve, including Khalid Shaikh Mohammed, called the architect of the 9/11 attacks, are in the slow-moving military tribunal system. Just two have been convicted over nearly two decades.

The other 19 are in limbo: they haven't been charged, or granted release by the PRB.

Shayana Kadidal of the Center for Constitutional Rights, which has represented several detainees, says Biden will not likely make Obama's political mistake of going public with his intention to clear out the prison.

Instead, he can just let the PRB do its work. Kadidal said the recent transfer approvals suggest the board is now prone to approving the last, most difficult cases, many with psychiatric disorders and having experienced abuse in the hands of the CIA.

"To me, that says that there's been a little bit of an attitude shift, and a very laudable one, on the part of the PRB," he said.

But other barriers to closure remain. Biden has yet to restaff the State Department's special envoy office handling repatriations, closed by Trump.

More challenging is what to do with the 12 in the military tribunals system. Six, including Khalid Shaikh Mohammed, face charges that carry the death penalty.

Their cases have moved exceedingly slowly, stalled by procedural challenges often relating to their mistreatment and denial of US constitutional rights, and by changes of judges and lawyers on both sides.

Biden could seek to have them moved to the US mainland and put in federal criminal courts, but Kadidal said that remains fraught with political dangers.

Civilian courts could expose more torture and denial of fundamental rights that judges and jurors might sympathize with.

Some in the Pentagon bureaucracy also want to keep Guantanamo open for future conflicts, too, Kadidal said.

And lawyers for the detainees themselves possibly see that stalling the military tribunals and lodging appeals is preferable to reaching verdicts that could mean execution.

"These guys could die natural deaths down there. They're in better conditions than what you would get in a federal terrorism facility," said Kadidal.

"The status quo of no trial happening, and being at Gitmo, is in some ways preferable to what you might experience otherwise."