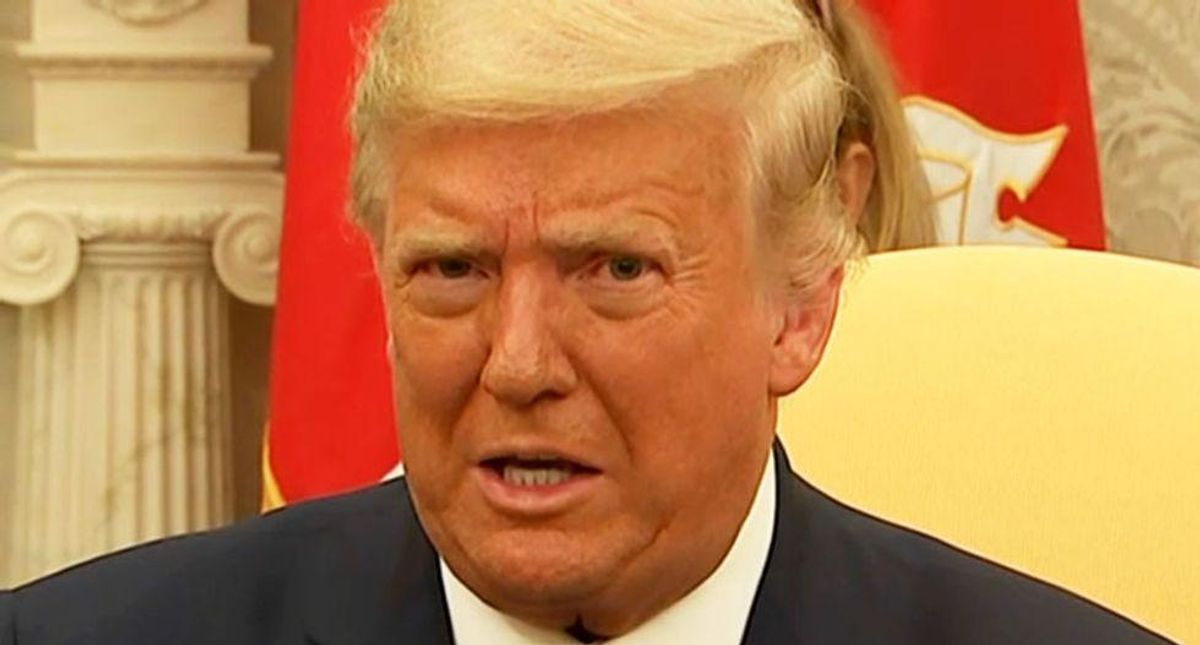 Writing in her new book, The Reckoning, Mary Trump, the niece of former President Donald Trump, said that the lack of accountability to Donald Trump began decades ago, but it shouldn't continue.

She recalled former President Gerald Ford pardoning Richard Nixon, claiming that "the tranquility to which this nation has been restored by the events of recent weeks could be irreparably lost." The decision effectively ended Ford's political career because it infuriated the country, demanding some kind of accountability.

She cited presidential historian Douglas Brinkley, who told The New York Times in September 2018 that Ford's pardon of Nixon "set a precedent that presidents are superhuman and not held to the rule of law like other people. [Pardons] are supposed to correct travesties of justice."

But even by the close of his life, Ford was given the John F. Kennedy Profiles in Courage Award for being willing to risk his career to "and end the national trauma of Watergate," as Caroline Kennedy said at the time. It was the beginning of a modern era of terrible precedents, Ms. Trump argued, "that if you commit crimes while you are president, there will be no consequences. I think it's safe to say this is a precedent we have all come to regret."

She noted that it happened again when President Barack Obama took office and similarly refused to hold the George W. Bush administration accountable for violating the Geneva Conventions with illegal torture of those captured during the Iraq War.

"Failing to hold accountable those in whom a great deal of trust and power has been placed turns on its head the whole notion that 'with great power comes great responsibility,'" Ms. Trump wrote, quoting the Spiderman comic. "In America, that is almost never true and, more consequentially, it is almost in diametric opposition to the truth of how things really work. The more power you have, the fewer consequences you face."

She noted that the same thing happened when the economy crashed in 2007-2008 as a result of the mortgage and banking crisis. Instead, the country bailed them out and no one went to jail while many Americans lost their homes.

All of American history predicts that Trump will never be held accountable for his egregious misuse of the American government. President Joe Biden has made it clear that he wants to move on, but at the same time, he's said that he won't dictate the role of the Justice Department.

The only accountability thus far, has come from local district attorneys and states for the family business and possible voter fraud in Georgia.