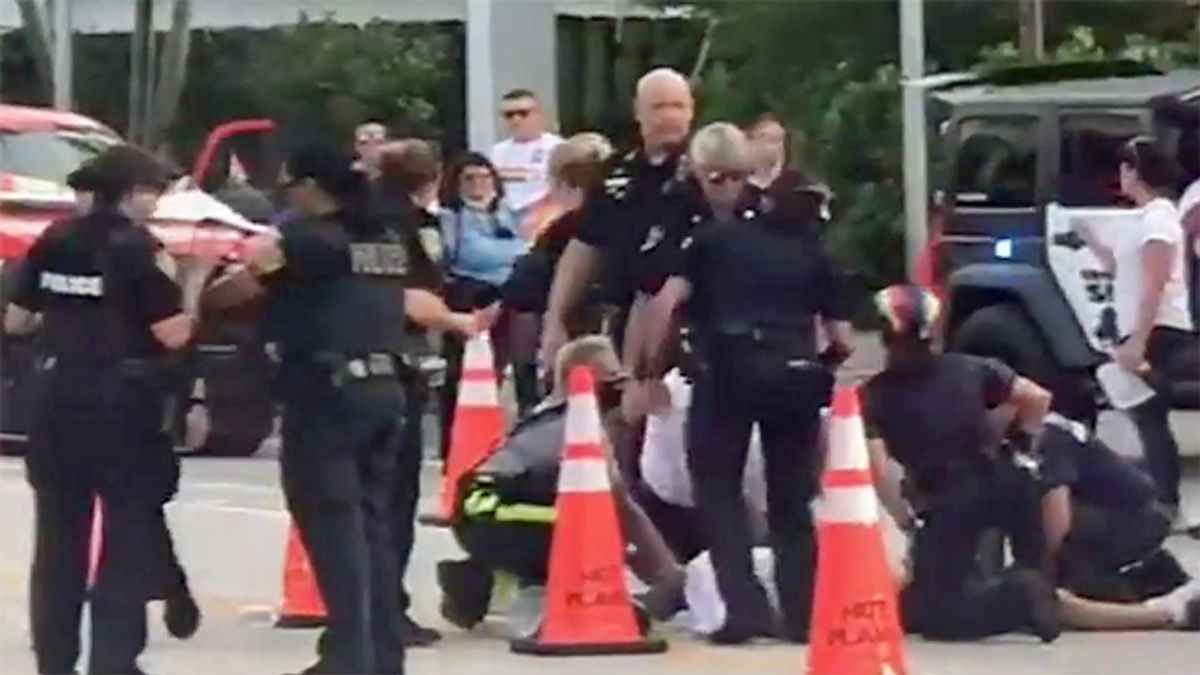 The surviving victim is in critical condition at Broward Health Medical Center.

"The truck narrowly missed hitting U.S. Rep. Debbie Wasserman Schultz, who was in a convertible participating in the parade," the newspaper reported.

Mayor Trantalis blasted the incident as a terrorist attack.

"This is a terrorist attack against the LGBT community," Trantalis said. "This is exactly what it is. Hardly an accident. It was deliberate, it was premeditated, and it was targeted against a specific person. Luckily they missed that person, but unfortunately, they hit two other people."

However, there are reports that the suspect in custody was a member of the same gay men's choir as the victims.