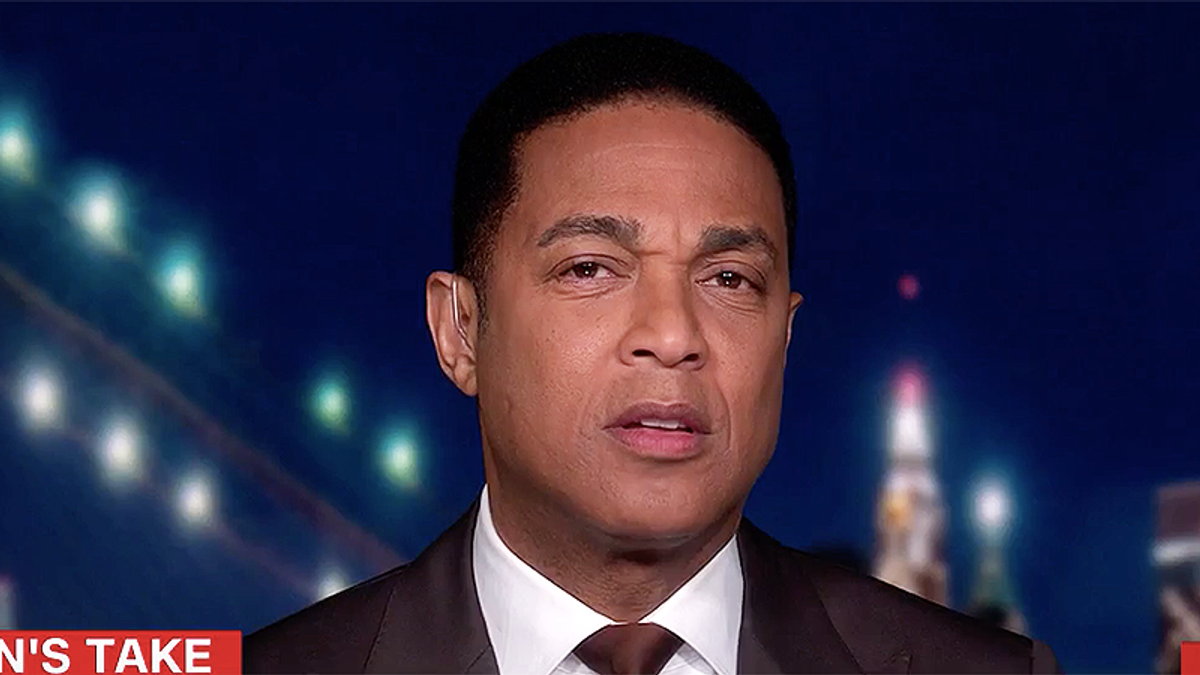 CNN host Don Lemon typically delivers a calm rebuke of racism, but this week they pushed him too far.

After a confluence of racism this week, Lemon unleashed a flurry of fact-checks and accountability for Republican officials who took their words a little too far.

In one case, Sen. Tim Scott (R-SC), the only Black Republican in the U.S. Senate, said that "woke-supremacy" was just as bad as "white supremacy."

Lemon also called out Rep. Glenn Grothman (R-WI) for his claim this week that Black Lives Matter doesn't like "families." It's obviously in stark contrast to the message of Black Lives Matter, which is all about not shooting people's fathers, brothers, children and family members.

Grothman talked about "old-fashioned families," and Lemon wondered what he meant. What's the difference between an old fashion family and a new fashion family?

He showed Rep. Stacey Plaskett (D-VI) unleashing on her racist colleague, specifically citing some of the things she's "heard come out of your mouth on the Oversight Committee."

"It is outrageous," said Lemon in agreement. "And again, if I have to say this every single night of my life while I'm here, I will. You need to know the history of this country. Do you know how many Black families were separated during slavery? I've had my ancestry done twice. It is so hard to even find records that go back even two generations sometimes because what? The intentional separation of Black families, and no records. You know why? They were considered property. So, it's -- God! Ugh! It just angers me sometimes that people can be so ignorant."

He went on to call out Sen. Lindsey Graham (R-SC) who went off on an irrational rant calling stimulus dollars to Black farmers "reparations." If they were really reparations, they'd have to be much larger.