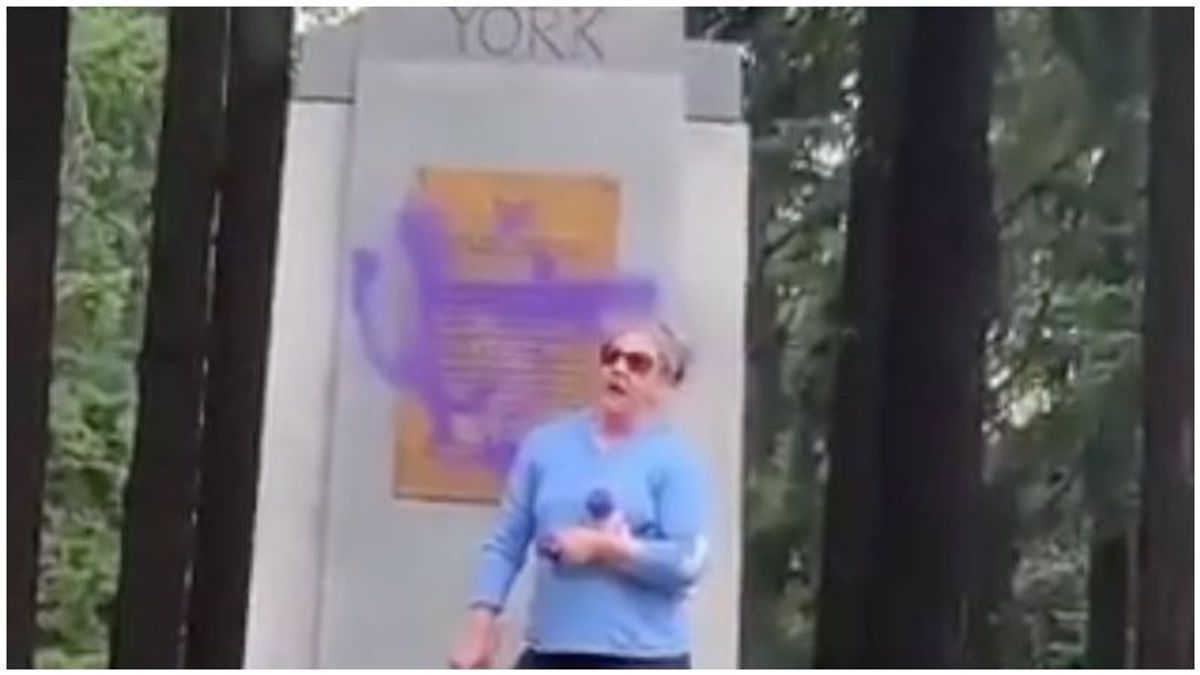 A woman was caught on video defacing a statue honoring the only Black person who traveled across North America with Lewis and Clark this week.

"It's love and unity, not to replace a white man with a f---ing Black man. That's not f---ing unity," the woman said in a video shared by Willamette Week.

The bust was of York, a Black man who was enslaved by William Clark. It replaced a statue of Harvey Scott, an early traveler to Oregon who was a journalist. The Scott statue was torn down along with other statues in the area last year amid Black Lives Matter protests.

As the Atlanta Black Star points out, the woman appears to say her first name is Jeannette and yells, "Come f---ing arrest me!" while vandalizing the statue after someone sarcastically says, "Way to be part of the solution."

The woman then removed the plaque from the bust and spray painted "LOVE NOT HATE" on the side of the statue.

Willamette Week reported that police later cited Jeanette Grobe with three misdemeanors. The alt-weekly noted that police moved swiftly but "it was also an unusually easy case" because "Grobe repeatedly stated her name to at least two people filming."