Would Vladimir Putin actually be able to rule Ukraine?

The Conversation
Photo by Robert Anasch on Unsplash

Ukrainian resistance to Russia’s invasion has been fierce since Vladimir Putin attacked the country, raising questions about whether he’d be able to rule Ukrainians as he pleases if he’s ultimately successful in winning the war in military terms.

There are good reasons to believe that he wouldn’t. Even if victorious, Putin won’t be able to achieve what he wants because to ultimately win, he’ll need to govern a country conquered against its will.

How well a country is governed depends on its culture — more precisely, on how compatible its culture is with the model of the government put in place.

In stable democracies, all organizations — including households — have some elements of democratic rule. Conversely, in autocracies, power tends to be centralized at all levels of social organization. The father of the nation, a popular concept in Russia, is expected to act very much like the father of a family.

The concept of power distance, originally proposed by the late Dutch social psychologist Geert Hosftede, helps measure to what extent inequality in the distribution of power is socially accepted.

The bigger the value of the power distance index, the more inequality is accepted, although Hofstede was interested mostly in the distribution of power within companies.

An in-depth comparative study of the perception of power conducted in Russia and Ukraine in 2015-16 shows Ukrainians and Russians regard power differently. The value of power distance index is 100.9 in Ukraine compared to 110.7 in Russia. Educated and well-off Ukrainians have a particularly low tolerance for inequality in the distribution of power.

Putin’s potential rule in Ukraine is therefore problematic because it would not match the model of power that Ukrainians are prepared to accept. Suspicion and rejection of autocratic power is deeply rooted in Ukrainian culture. 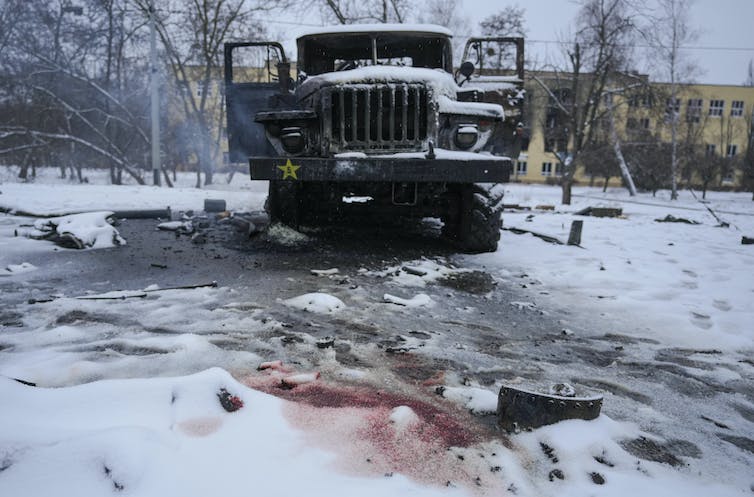 Blood from the body of a serviceman colours the snow next to a destroyed Russian military multiple rocket launcher vehicle on the outskirts of Kharkiv, Ukraine, on Feb. 25, 2022.

The impact of the Cossacks

Ukraine’s most renowned historian, Mykhailo Hrushevsky, considers the Cossacks of the 15th and 16th centuries the predecessors of modern-day Ukraine.

The Cossacks — border militia hired by the Polish and Russian governments to protect against raids by the Tatars — had a reputation for being trouble-makers for any rulers, including the Poles, the Tatars and the Russians. Hrushevsky described the Cossacks as people “knowing no authority over them.” Even the Poles, who had their own problems with the concept of centralized power, called the Cossacks “unruly.”

Cossack military leaders, or starshina, were elected and easily replaceable. After a military loss, the Cossacks usually gathered and elected a new leader. No one among them possessed power permanently and with no strings attached.

Does the Cossack heritage still influence Ukraine’s culture, at least as far as the perception of power and those who have possess it are concerned? The fierce resistance Ukrainian forces are showing against their Russian invaders suggest it might.

Ukrainian national culture was suppressed during the Soviet Union era and denigrated by Russia. That could explain Putin’s allegations that Ukrainians are ruled by “nationalists and neo-Nazis.”

Elements of Cossack culture were revived during the mass protests in 2013-14 against the former Ukrainian president’s efforts to replicate Putin’s style of governance. The protesters organized their tent camp in the centre of Kyiv along the organizational and spatial lines of Cossack military camps. 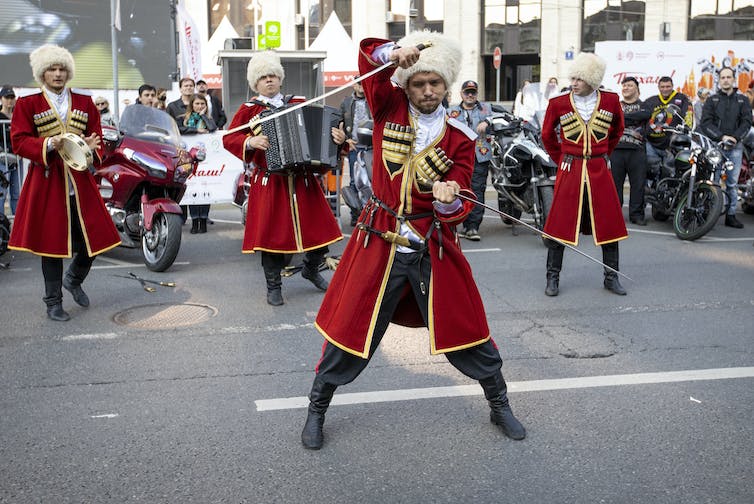 Men dressed as Russian Cossacks perform at a ceremony in Moscow in 2020.

War often serves a trigger for the revival of a nation’s consciousness. British historical sociologist Anthony D. Smith, an authority on nations and nationalism who died in 2016, wrote that warfare is “one of the most powerful factors in the creation of both nations and ethnic communities in every period of history.”

The 2014-15 military confrontation in eastern Ukraine and Crimea had precisely this effect. Today’s full-fledged war waged by Putin will hardly be an exception. It will likely lead to an outcome clearly unanticipated by Putin – the further rejection by Ukrainians of autocratic rule.

If one placed Ukraine and Russia on a continuum from anarchy to autocracy, Ukraine would be closer to anarchy whereas Russia is an autocracy. Russia has always been a power-centred society where all key decisions are expected to be taken by a few — ideally, by one. 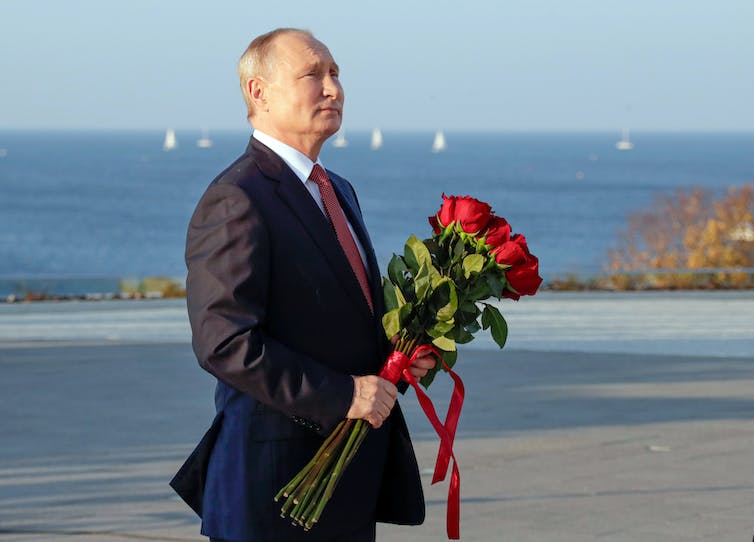 Putin attends a flower-laying ceremony at the memorial complex dedicated to the end of the Russian Civil War in Sevastopol, Crimea, in November 2021. Russia annexed Crimea in 2014.

The alignment of Putin’s rule with the perception of power rooted in Russian culture explains its exemplary stability, at least so far — mass protests against the Ukrainian invasion in several Russian cities suggest growing dissent. Nonetheless, Russia and Ukraine appear to be almost perfect opposites, reducing the chance that Ukraine could be governed in a friendly manner by Putin’s Russia even if it wins the war.

The war in Ukraine confirms that power is about force in the Russian mindset. For Putin to transfer that mentality to Ukrainians would be a very difficult if not impossible task.