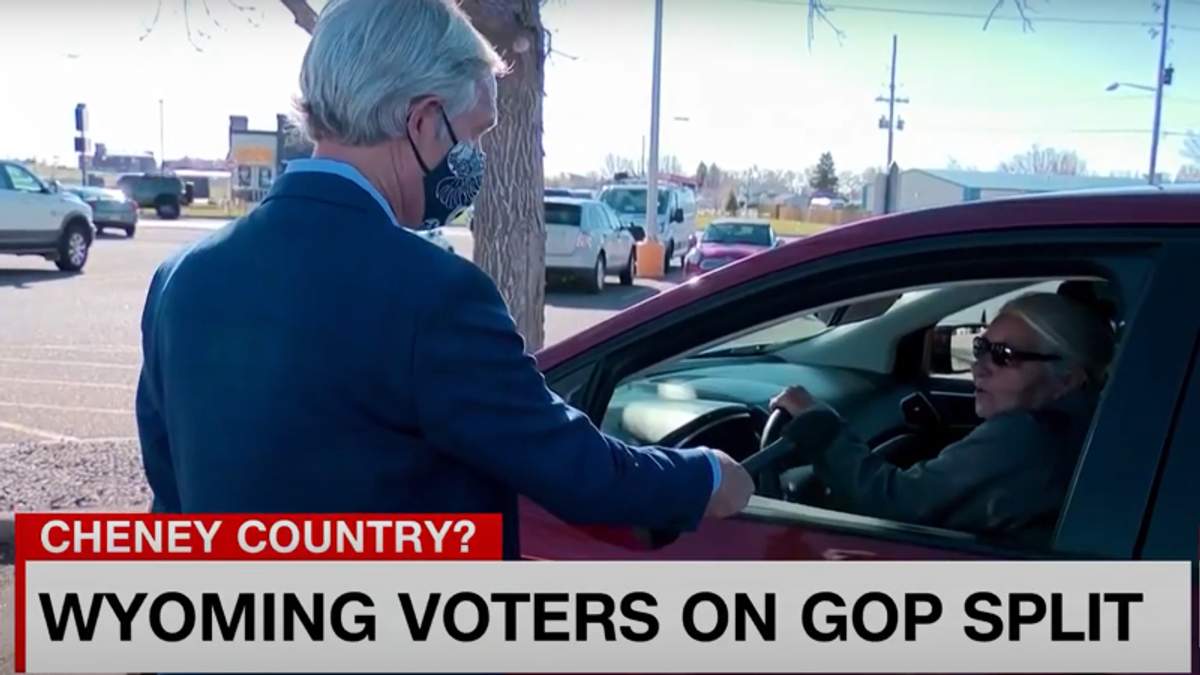 "I think she needs to go," said the woman as Tuchman interviewed her from out of her car window. "Just because I don't think she did the right thing for the Republican Party."

"She says that Donald Trump is lying about the election being stolen," said Tuchman.

"I agree," she replied. "I agree that the election was stolen."

"There's no evidence of it," Tuchman reminded her.

"Well, eventually it might come out," she replied stubbornly.