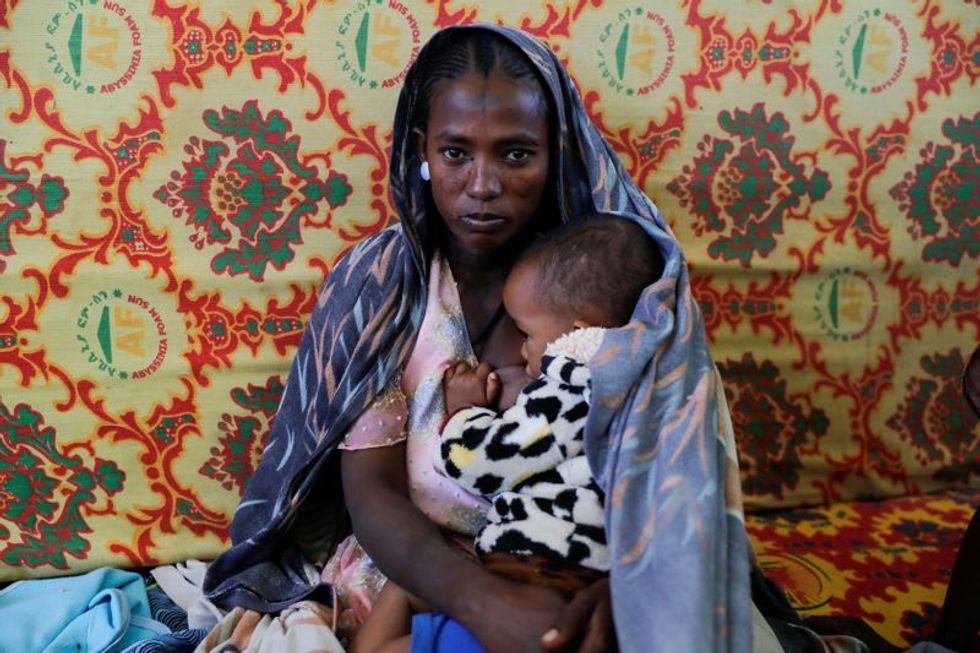 SHIRE, Ethiopia (Reuters) - The dusty buses keep coming, dozens a day, mattresses, chairs and baskets piled on top. They stop at schools hurriedly turned into camps, disgorging families who describe fleeing from ethnic Amhara militia in Ethiopia's Tigray region. Four months after the Ethiopian government declared victory over the rebellious Tigray People's Liberation Front (TPLF), tens of thousands of Tigrayans are again being driven from their homes. This time, it is due not to the fighting, but to regional forces and militiamen from neighbouring Amhara seeking to settle a decades-old land di...