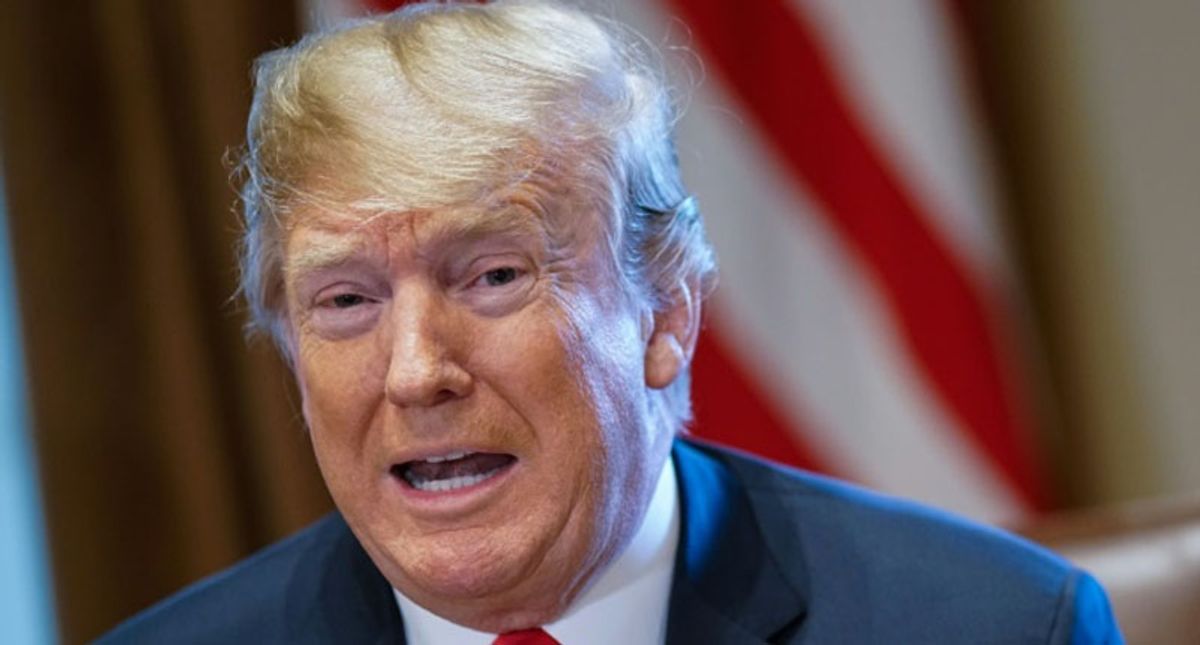 Rudy Giuliani and his lawyers are suggesting that the reason a search warrant was issued for his premises and computers is "Trump Derangement Syndrome."

A lot of us are suffering from that. It's normal and predictable. Arguably, it's a sign of good mental health. It means your psychological alert and defense systems are actually working.

There's an arsonist and a burglar both actively working the neighborhood just down the street from where we live here in Portland. The arsonist has set several people's home's outdoor furniture on fire, and nearly lit up a house.

The burglar has broken into a couple of houses, including one that was occupied at the time, mostly to steal computers, and last week he stole somebody's car from the driveway of an occupied house just down the street from us. I saw it happen, not realizing what was going on but totally baffled as to why anybody would peel out of a driveway and speed down a residential street at 50 or 60 miles an hour.

At the moment, my neighbors and I are suffering from "arsonist and burglar derangement syndrome." It's absolutely normal, when you're presented with a real threat in your environment, to feel a little "deranged." We're staying in closer touch with each other, upgrading security systems, and having more frequent conversations with the police.

(This isn't unique to Portland, by the way. With a massive unemployment crisis caused by Trump's criminal response to the coronavirus combined with 40 years of Reaganism gutting the middle class and exacerbating homelessness, every town in America is experiencing a surge in this kind of crime.)

Similarly, it shouldn't surprise anybody that millions of Americans won't feel safe, but will continue to feel "deranged," until Donald Trump and his authoritarian, democracy-hating, white-supremacist, gun-fetishist followers no longer play any kind of meaningful role on the American political scene and he and his criminal buddies are held to account.

After all, he could've responded to the coronavirus back in January when he told Bob Woodward how lethal it was, but he chose not to. It was just too much trouble, plus, as we've seen in numerous news reports, he realized in April that it was mostly killing Black people and mostly creating chaos in Blue states.

As a result, over half-a-million Americans are dead; that's probably a few million American families who are feeling a bit "deranged." People have lost their parents and grandparents, their children and siblings, their neighbors and loved ones to a disease that could have been controlled here in the United States as it was in Australia, Taiwan and South Korea were it not for an incompetent Con Man in the White House.

Trump nearly started a nuclear war with North Korea, and then went over there a couple of times to kiss one of the most maniacal dictators on Earth's ass.

He sucked up to the butcher of Saudi Arabia, bragging that he blocked the investigation into the murder of Jamal Khashoggi and thus "saved [Muhammed Bone Saw's] ass."

He insisted that America's own intelligence agencies were lying, and Russia and other countries that were friendly to him could do no wrong.

He and his family expropriated money from pretty much anything that moved, as they've had a history of doing for decades.

We're now discovering massive overpayments to various Trump properties around the world from our federal government; he violated the Emoluments Clause — a core pillar of our constitutional form of government — as if it were some kind of a joke.

He conned his followers out of hundreds of millions of dollars, and continues to con them with the Big Lie that "election fraud" is the reason why Joe Biden is in the White House and Democrats run the Senate.

He surrounded himself with criminals, actual traitors, ne'er-do-wells, and outright grifters.

His guy DeJoy is still bent on destroying our Post Office because Trump thought it would help him win the 2020 election, and ruining and then privatizing it can make big bucks for GOP donors.

He did everything he could to destroy Obamacare, Medicare and Medicaid and threw several million people off their insurance coverage. He severely damaged the Social Security Administration.

He tore children apart from their parents, several of those children dying as a result, and cranked up hatred against non-white people to the point that elderly Asians are being assaulted in our streets and other minorities are frightened to go out in public.

He spit in the face of decency and both American tradition and law when he made fun of people with mental and physical disabilities, and explicitly told police that they should "rough up" suspects who are supposed to be presumed innocent until tried and judged guilty.

He referred to actual Nazis as "very fine people," and encouraged the politics of fear and hatred as a sick way of enhancing his own political power.

He has repeatedly been charged with assault and rape, and then offered as his defense that the women who accused him weren't sufficiently attractive for him to have bothered raping.

The women we know for sure he did have extramarital sex with, he paid several hundred thousand dollars to keep quiet, a felonious violation of campaign finance laws that would've landed anybody else (and did land his lawyer, Michael Cohen) in prison.

On January 6th he tried to end our democratic republic and turn it into a strongman authoritarian state like Turkey or Russia, leading to the death of four protesters and three police officers.

And so far, he's been held accountable for none of it, although most Americans are hoping and praying that his apparent immunity will soon end. But, for the moment, the political arsonist and burglar Trump and his grifter family are all still at-large.

You'd have to be abnormal not to have Trump Derangement Syndrome right now.

David Brody, a political analyst for Pat Robertson's Christian Broadcasting Network (CBN), is getting criticized for attacking President Joe Biden's National Day of Prayer Proclamation. Brody, a Trump acolyte, slammed the proclamation because it doesn't include the word "God."

President Biden's proclamation clearly was written to be as inclusive as possible, something he has strived to achieve with nearly everything he does.

Former Republican governor slams her party as an unhinged 'cult'