A press conference untethered from reality 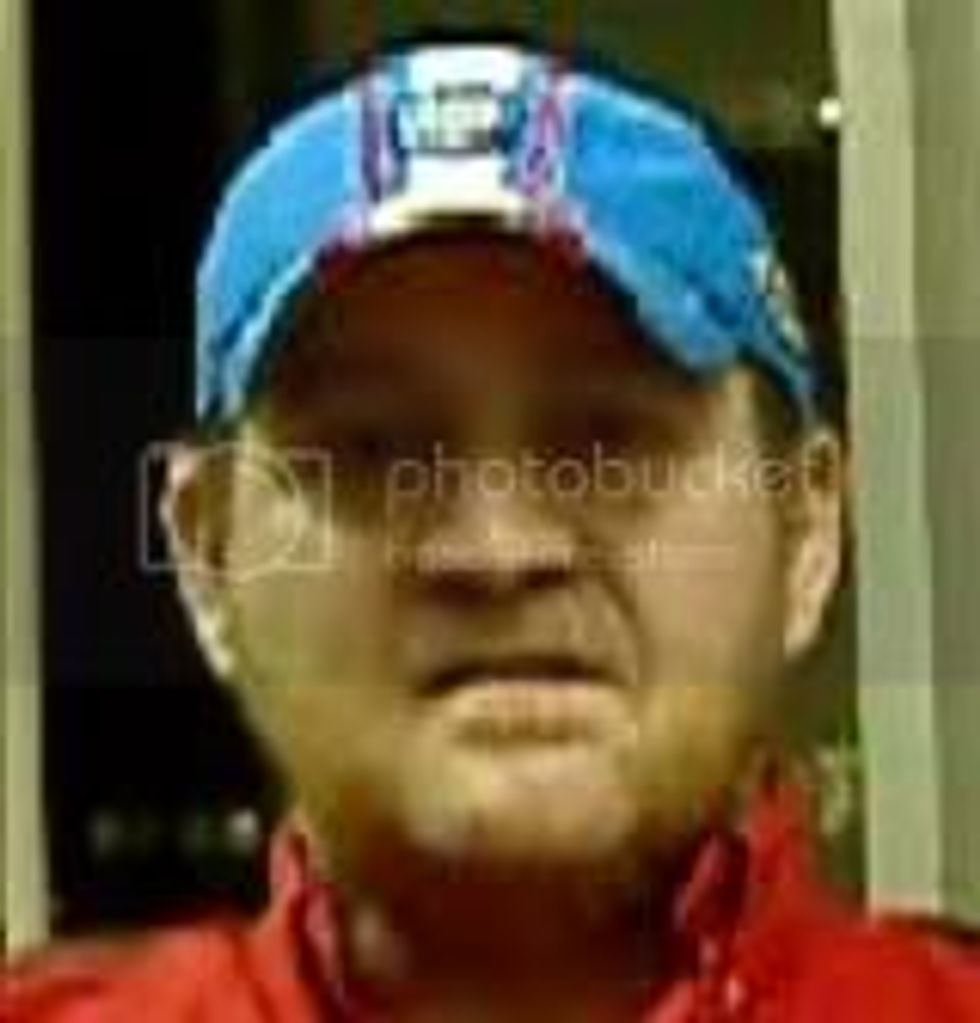 It's just too over-the-top to ignore. This loser, Larry Sinclair, has been peddling a ridiculous story about having blown Obama in a party-hard limo in Illinois; he held a three-ring circus news conference at the National Press Club today.

Sinclair, who has a 27-year criminal record of petty crimes and fraud arrests, should win an award for the dumbest mo'fo' ever -- he has an outstanding warrant in Colorado on theft and forgery charges, so today's high-profile appearance in DC resulted in two U.S. marshals cuffing him and hauling him away right on the spot.

He and his attorney managed to hold the press conference before the cuffs were clicked on. And it was a circus. Dave Weigel of Reason:

How did Sinclair hold up? Rather terribly. He started with a lengthy statement that admitted most (not all) of his crimes and dispatched Sibley to run around the room with a microphone. As Seth Colter Walls recounts, most of the questions were legalistic and (somewhat) credulous. Sinclair was asked who funded the event (donors, over the internet), how he made his living (he's on disability), and whether Obama was "well hung" (I'm not going to dignify his answer here). The only new "evidence" he presented was the name of a limo driver and the bar where he claimed to have met Obama (who, in Sinclair's story, used his real name and job title as he rendevouzed with a cruising criminal he'd never met before).

Even his attorney was off the hook.

It got worse when Sinclair's lawyer Montgomery Sibley—whose license is currently suspended in D.C. and Florida—showed up in a kilt and told reporters that his above-average endowment made slacks tight and uncomfortable.